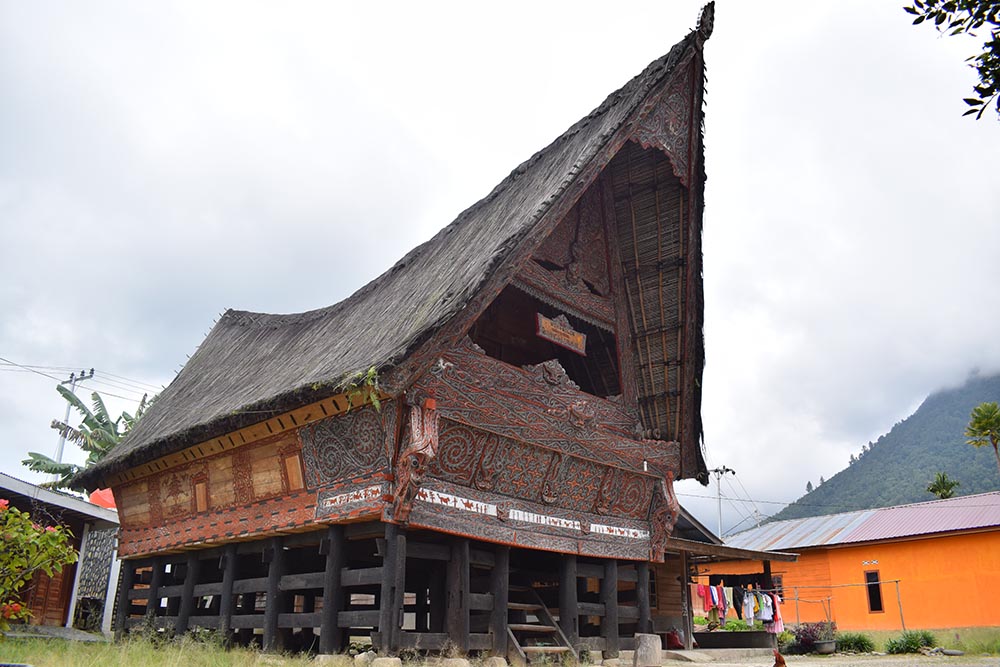 Lake Toba is situated in Sumatera island (Indonesia), formed by a mega-volcanic eruptions 74,000 years ago, is the largest with-in the Quaternary (since + 2 Ma). It is the ‘super-volcano’ eruption (VEI> 8) which produced 2,800 km3 pyroclastics materials, where 2,000 km3 of  volcanic-ash dispersed to W-NW, and also distributes of sulfuric-acid aerosol to the atmosphere which is deposited in the Arctic and the Antartic areas (Rose & Chesner, 1991; Chesner, 2011). This mega-eruption collapsed the roof of Toba magma chamber and exposed the basement rocks of this area. The rock formations underlying the area consists of meta-sedimentary rocks that are parts of the Gondwana continent which formed in the South Pole region during Permo-Carbon (300 Ma), exposed around the steep-cliff walls of Toba caldera rim. In the process to reach a new equilibrium post-’super volcano’ eruption, Toba lake bottom is driven (pushed- up) by the residual pressure of the magma chamber, and formed Samosir Island (resurgent doming). This is the most active Caldera Resurgent in the world (de Silva, et al., 2015) The 90 x 30 km2 large (+ 1130 km2) of Toba Caldera is filled by rain-water, it’s the largest volcanic-lake origin, consist of + 240 km3 of fresh-water with a maximum depth about 505 m.

The landscape of TCG is as the result of a volcanic massive explosive volcanic eruption which formed caldera. The basin of the caldera filled with water forming a lake which occupies 90 x 30 km2. In the middle of the lake is an island, called Samosir Island. The caldera wall which is commonly steep slopes becomes watershed. The surface elevation is about 2,000 m asl. Lake Toba which is 505 m of depth, and located at 904 m asl of height is the largest lake in Indonesia. The topography of area around the lake is undulated hills (43%), mountains (30%), and plain (27%). The area of TCG is estimated to have a population of 263.978 distributed in 7 regencies, belong nto the North Sumatra Province. Settlements occupy the plains, where they practice their daily activities. This area locally inhabited by Batak Toba, Simalungun, Karo and Pakpak ethnics. Batak traditional houses made by wood, with the shapes of the side wall like a boat hull and masts supported by strongly pillars, bounded to each other and placed on the stones foundations without cement, is very valuable ‘local wisdom’. According to the geological conditions that Samosir is highly risks tectonic earthquake prone, subsidence and flooding.