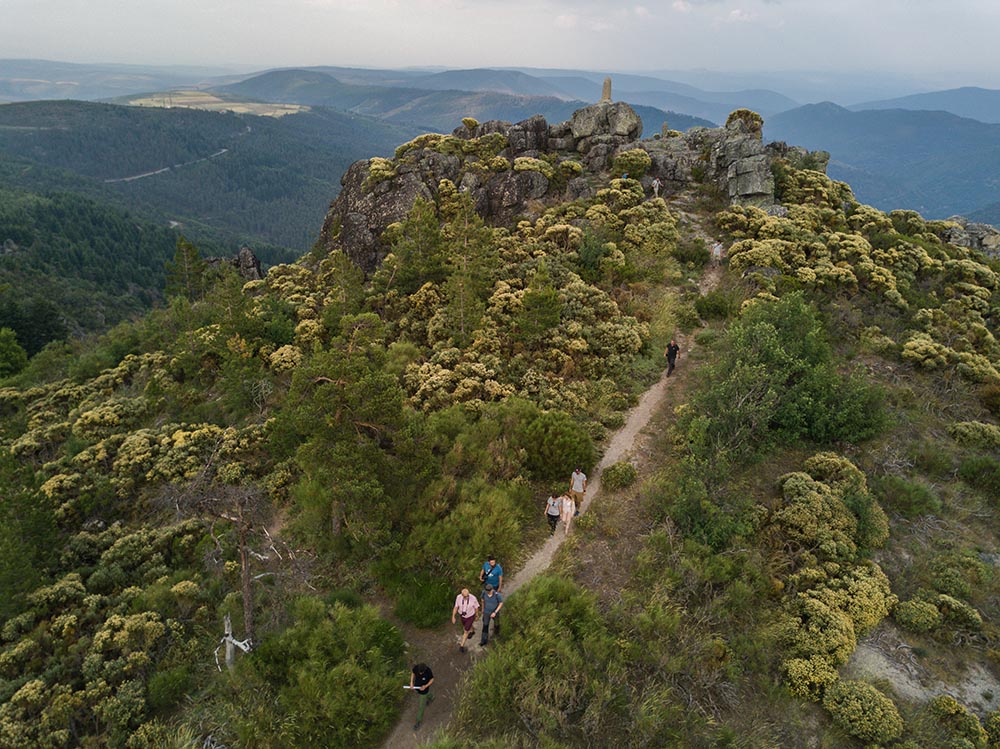 The Estrela Geopark’s geological History dates back to the Precambrian (+541 Ma), with the Schist Greywacke Complex, a sequence of alternating schists and greywackes that originated from the deposition of sediments in marine environments. The Variscan orogeny deformed these metasediments, which were later affected by the intrusion of granitic batholiths in late orogenic stages. At the end of the Variscan cicle, the relief was planated and later retouched during the Paleogene (~66-23 Ma). In the Miocene (~23-5 Ma), Variscan faults were reactivated, with the Serra da Estrela uplifting as a pop-up structure. The resulting plateau mountain, with close to 2,000 m of altitude was key for the development of a remarkable set of glacial landforms and deposits during the Pleistocene, drivers of the Estrela Geopark’s geological significance.

During the Last Maximum of the Serra da Estrela Glaciation, the western plateau was covered by an ice-field which occupied approximately 66 km2. At Alto da Torre, 30 thousand years ago, the ice thickness was 90m, feeding several valley glaciers, from which the Zêzere glacier, with 11,3 km, was the longest. In fact, the interaction of the Pleistocene glaciers with the inheritance from the long geological history, together with the interplay of climate and active tectonics, add-up to the scientific value of the Estrela Geopark, which, because of its relevance, uniqueness and significance, constitutes a common legacy that must be safeguarded and valued.

The territory of the Estrela UNESCO Global Geopark is made up of 9 municipalities, with approximately 150 thousand inhabitants mostly distributed around the Estrela Mountain.

On an ongoing basis, the Estrela UGGp promotes sustainable development strategies, involving the communities, their traditions, ways of life, history and culture. In this sense, the Estrela Geopark seeks to develop a bottom-up territorial-based approach, through an integrated work between geoconservation, science, education, tourism, sustainable development and communication. This approach aims to promote the territory's heritage and resources, foster the communities' sense of belonging, increase the knowledge of the geological and human history, promote endogenous products and, in this way, reinforce the territory's identity and uniqueness. In this context, development mechanisms are created, promoting a more sustainable and integrated tourism demand, a greater scientific knowledge, and thus, contributing to the settlement of population, businesses and added value, by leveraging the endogenous potential of the highest mountain in mainland Portugal.

In order to work towards a sustainable territory, the Estrela Geopark continuously promotes educational programmes, interpreted tourism programmes, strategies for territorial valorisation and the promotion of endogenous products, thus fostering a network that seeks to involve society in this change of paradigm introduced by the Estrela UNESCO Global Geopark.