“Different geological worlds, all together” 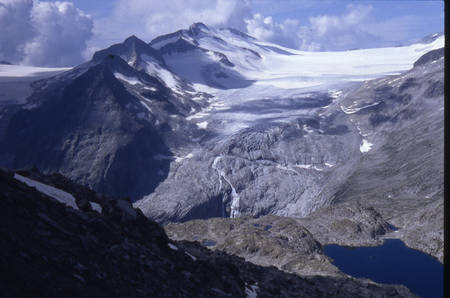 The Adamello-Brenta UNESCO Global Geopark is located in the Rhaetian Alps, the Italian sector of south-central Alps, in the western part of Trentino between Giudicarie, Non and Sole valleys. The Adamello-Brenta UNESCO Global Geopark represents a “key area” for understanding the geological history of the Alps and is characterized by strong geodiversity due to the presence of two big mountainous massifs (Adamello and Brenta) which are very different geologically and geomorphologically. For their scientific importance and beauty, the Brenta Dolomites were recognized as World Heritage Site of UNESCO in 2009.

The territory is characterized by the presence of the tectonic boundaries between the Austrian Alps and the Southern Alps and of the crossover of three structural segments of the Periadriatic Lineament. The geological units are testimony to a long and complex geological evolution that started in the Lower Paleozoic (ca. 400-500 million years ago): the main steps of this evolution are clearly defined from the pre-alpine orogeny, from the long phase of lithosphere extension that led to the genesis of the Adriatic passive margin, and from the Alpine orogeny, started in the Cretaceous (ca. 140-65 million years ago) and still going on (neo-tectonic, seismicity). The landscape shows evidences of the glacial morphogenesis that has intensely remodeled the area and also of the karstic phenomena, in the Dolomites group, both at the surface and at depth.

The Geopark’s geodiversity is also linked to the biodiversity that governs the natural development of endemism, with more than 1,400 species of flora and almost all the species of the Alpine fauna.

The Geopark comprises the whole territory of the Adamello-Brenta Nature Park, the largest protected area in Trentino and one of the largest areas in the Alps, and the 38 municipalities belonging to it.

The geological peculiarities had a determinant influence on the lives of people in this area, and this interaction underlines the indissoluble union between human activities and their geological-environmental context: ancient shepherds’ huts and precious artefacts speak of the knowledge of the Alpine culture.

The Adamello-Brenta UNESCO Global Geopark is strongly committed to environmental education: indeed, it’s the perfect place for educational activities on the themes of geology, ecology, conservation strategies, preservation of knowledge on local traditions and historical-cultural values and the implementation of joint participatory sustainable development policies. Many education projects are carried out with thousands of students every year, from the guided visits to the Park's Visitor Centres, through residential activities in the Park’s houses, to classroom activities and field trips in the UNESCO Global Geopark. During summer several activities are organized in cooperation with local tourism bodies involving tourists and residents. All the work carried out by the UNESCO Global Geopark is done following the principle of the European Charter of Sustainable Tourism, obtained since 2006.