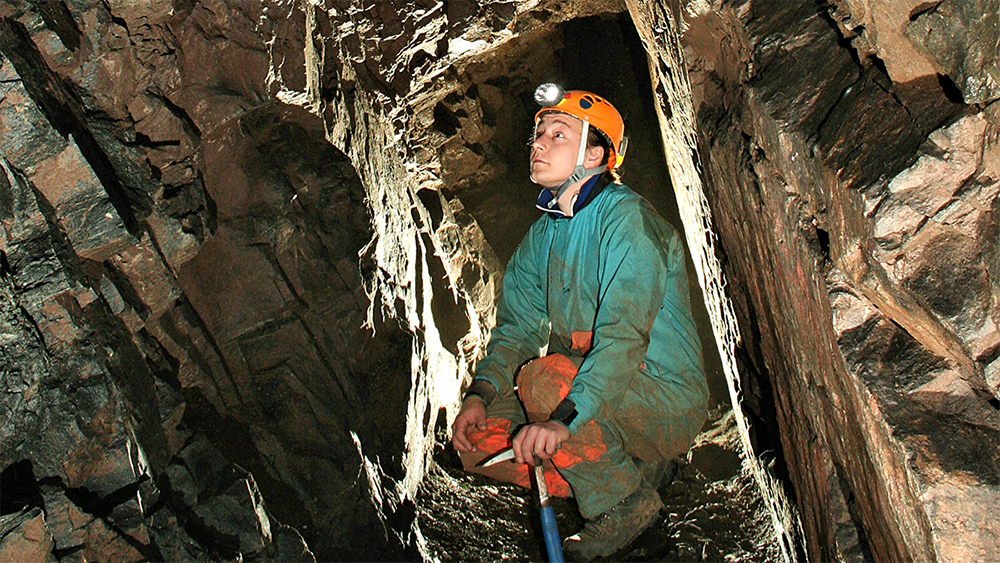 The  geological  history  of  the  region  starts  with  the  amalgamation  of  the  supercontinent  Pangaea during the Variscan Orogeny and has a continuous record until the Breakup of Pangaea in the Late Triassic. The variscan basement is exposed in the Ruhla Crystalline Complex (RCC) which is part of the Mid German Crystalline Rise and composed of mid to high degree metamorphic rocks. During the Upper Permian  the  RCC  formed  a  small  island  in  the  Zechstein  sea  surrounded  by  reefs.  These  bildups were recognised as fossil reefs in the early 19th century, some decades before LYELL (1841) and Murchinson (1847) recognised fossil reefs in the Silurian of northern Europe.  The Thuringian  Forest Mountain  Basin  (TFMB) is  an  intramontane  basin filled  with  a  4500 m  thick sequence  of  Late  Carboniferous  and  Early  Permian  terrestrial  sediments  and  volcanic  rocks.  The sequence is well exposed in the mountainous region and serves as reference section of the Lower Permian in Europe. The TFMB has an extraordinary fossil record and a long research history, dating back more than 300 years ago. It is the birthplace of scientific palaeobotany and plays a special role in the research of Palaeozoic tetrapod fossils and their ichnology. The  famed  Early  Permian Bromacker  locality  is  one  of  the  most  significant  fossil  sites  for  early terrestrial  tetrapods.  The  combination  of  a  spectacular  ichnofossil  site  with  an  outstanding  site  for skeletal remains is unique in the world. The  youngest  rocks  (Triassic  to  Lower  Jurassic)  are  exposed  in  the  Drei  Gleichen  area  where Cretaceous inversion tectonics has formed a landscape with remarkable morphological features like the colourful badlands. The region has some stratigraphic type localities of European significance and the only outcrop of the Triassic/Jurassic boundary in Central Germany.

The Geopark Thuringia Inselsberg –Drei Gleichen lies in the heart of Germany, in the federal state of Thuringia. It covers an area of approx. 688 km². The external boundaries are clearly defined by the boundaries of the 18 member municipalities. The biggest municipalities in the geopark are Bad Liebenstein,  Ruhla,  Floh-Seligenthal,  Friedrichroda  and  Tabarz.  The  geopark  comprises  a  total population of approx. 72,000 (2014).  Friedrichroda is the municipality with overall responsibility for the geopark. The boundaries are marked by the following coordinates (coordinate system: WGS 84): Latitude: 10°17’ 47’’ -10°56’ 32’’ East, Longitude: 50°57’ 21’’ -50°42’ 24’’ North Lowest point:   249.0 m a.s.l., Weidbach creek near Sülzenbrücken Highest peak: 916.5 m a.s.l., Grosser Inselsberg The geopark lies close to five large towns –Gotha (5 km), Arnstadt (2.5 km), Schmalkalden (3 km), Bad Salzungen (4.5 km) and Eisenach (7 km) –and is not far from Thuringia’s state capital of Erfurt (12 km). Two of the natural landscape types found in the geopark are low-lying mountains (Thuringian  Forest)  and  areas  of  loess  (Thuringian  Basin).  Typical  landscape  forms  include Wachsenburg  trench  (an  example  of  topographic  inversion),  the  karst  landscapes  near  Bad Liebenstein and Thal, the hemispherical hills and wide basins that form on the weatheringsusceptible metamorphic slate, the flat upland areas crisscrossedwith deep V-shaped valleys in Permian volcanic rock  and  conglomerates  and  the  foothills  of  the  Thuringian  Forest  with  their  Bunter  sandstone outcrops.  Especially  the  karst  landscapes  comprise  approx.  100  natural  caves.  Three  of  them  are used as show caves.  There are also 3 visitor mines in the geopark.