“One of the last Paradise Oases in the Mediterranean” 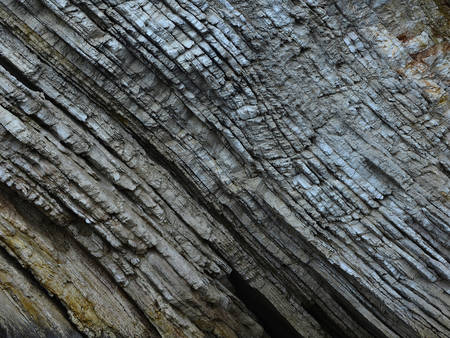 The Vis Archipelago is a remote, sparsely populated collection of islands along the coast of Croatia. Located in the Adriatic Sea, the islands are connected by ferry services and one small airport. The islands of the Vis archipelago have the most heterogeneous rock formations in the region. They are young in the sense that they are still rising, and old in the sense that they are composed of volcanic, salt and sedimentary rocks formed along deep-rooted faults in the Earth's crust in the Triassic period, during the breakup of the supercontinent Pangaea and the opening of the Tethys Ocean. Triassic rocks were deeply buried in the Earth's crust beneath a few thousand meters of layered sedimentary rocks of the Adriatic Carbonate Platform, deposited in the area during the Jurassic and Cretaceous periods. The wider Adriatic area was then situated along a tropical belt within the western Tethys Sea, on a small drifting continent called the Adriatic plate or Adria. During the Miocene, the lighter Triassic salt and associated volcanic and sedimentary rocks were uplifted and pierced the cover of carbonate rocks, forming salt diapirs. The carbonates were deformed and partly eroded during Quaternary, featuring spectacular cliffs built of successions of layered carbonate rocks. During the last Ice Age, the sea level was 120 meters lower than today, and sand from the Adriatic steppe was blown by strong winds up to the hills, forming sand dunes and plains. After this period, approximately 12,000 years ago, the sea flooded the steppe, turning the hills into islands. The summits of this region’s magmatic penetration are today the islands of Jabuka, Brusnik, Biševo, and Palagruža as the geologically oldest island of the Adriatic, which, like the island of Brusnik, is constantly growing under the influence of tectonic activity.

Early settlements in this area were built by Greek colonists from the 4th Century BCE, and there are also remains of the structures built by the Yugoslav Resistance and the British allied forces from the 1940s. Their economic output is supported by the vinyards and fishing industry. The most famous sites on Vis are the Blue Cave (Modra špilja) and the Monk Seal Cave (Medvidina špilja). Before the sudden rise of the sea level around 12,000 years ago, these islands were much larger and extended more than 20 miles. In this extension, called the Mala Palagruža, archaeologists discovered flint quarry sites for early tools and weapons that are believed to have been built by the islands’ first prehistoric inhabitants, up to 8,000 years ago. The establishment of the Vis Archipelago Geopark, the second UNESCO Global Geopark in Croatia, will contribute primarily to raising awareness of the importance of recognizing the unique characteristics of these islands and promoting the conservation of their geological and geomorphological heritage.