“The rich cultural heritage of Sicily is built upon the island's fascinating geology.” 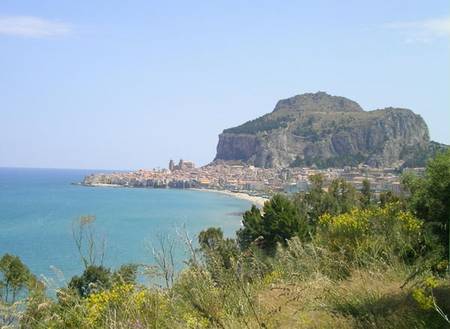 The Madonie UNESCO Global Geopark is located in Sicily, in the middle of the Mediterranean region, among the most beautiful landscapes of special interest from a geologic and geomorphologic, as well as from a didactic, point of view. In the course of time there has been no guide to Sicily or Italy that has not devoted tens of pages to the Madonie.

It represents nearly all aspects of Sicilian geology, has a very complex history that started over 220 million years ago, and is mainly composed of dolomitic limestone evoking unknown and vanished worlds. Interesting karstic morphologies, both at surface and underground, developed more recently, 23,5 million years ago.

Its position in the central portion of the Sicilian Apennine, its geological-structural arrangement and the morpho-dynamic processes acting in it make this mountain group a fundamental area for knowledge and reconstruction of the geological history of the Apennine-Maghrebine chain and hence of the central Mediterranean. Because of these characteristics, the Madonie have constituted and continue to constitute an exceptional study area, as well a teaching “gymnasium” for generations of university students in geological sciences and natural history. The area contains seven type formations accepted by the international scientific community and more than forty geosites. Recent tectonics also make the area an excellent training ground on geo-hazards.

The Madonie UNESCO Global Geopark also preserves a very rich and rare natural heritage. In a very small area, about 2 percent of the surface area of Sicily, over half of the species of the most evolved flora grows: about 2,600 plants, almost the same number as the species present in Egypt, Tunisia and Algeria. In Madonie there are also hundreds of endemic plants which are unique in the world; often there are very few exemplars of these, so that they risk extinction. The best known and most "courted" is the Nebrodi fir, but there are plenty of others. Equally interesting are the signs left by man in the landscape: fields, watercourses, village and hamlets bear witness to the thousand ways in which communities have lived in Madonie, leaving indelible prints there and expressing the intrinsic reasons of a culture.

With an overall surface area of about 400 km2, the Madonie UNESCO Global Geopark takes in a large part of Palermo province. This rural area includes the territories of 15 towns and villages.

The geological aspects of the Madonie UNESCO Global Geopark territory, in addition to being appreciated by scholars, also stimulate the interest, curiosity and imagination of “laymen”, who are not insensitive to the beauty of the landscapes that follow one another from the slopes up to the peaks of mountains, always different and fascinating, or to the strange shapes of the fossils in the rocks, the sweet coolness given off by the gushing waters of the numerous springs scattered around in the massif, or the mysteriousness of the many caves that are also the gateways to subterranean and unknown mountains. All these elements are constantly used by three Environmental Education and Interpretation Centers, recognized by Madonie UNESCO Global Geopark, where pedagogical activities are performed for schools and adults. Besides, Madonie UNESCO Global Geopark has attracted interest from public institutions and productive sector, formalizing partnerships in order to stimulate, in a sustainable development perspective, the economic activity of the regional eco-tourism. 300 km of trails can be enjoyed that include urban geological paths, museums, didactic and sports activities, demonstrating that Madonie UNESCO Global Geopark has encompassed resources and potentialities of a proud identity and places founded on rocks from which culture has emanated.