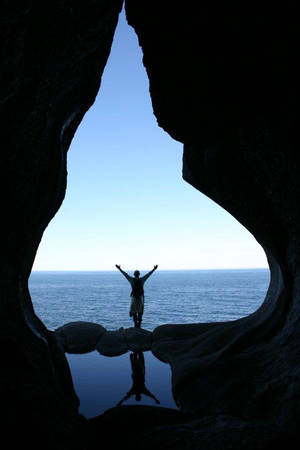 Magma UNESCO Global Geopark is an area of unique magmatic geology. The story began as early as 1.5 billion years ago when red-hot magma and sky-high mountains characterized the region. Through millions of years, glaciers helped to form the characteristic landscape that we have today. Although the magma has cooled down and solidified and the mountains have been worn away, the area offers a glimpse into the roots of an ancient mountain chain. Here is a rock type called anorthosite that is more common on the moon than on Earth. In one of the huge ancient magma chambers you find a continuous magmatic evolution from the simplest magmatic rock anorthosite, to one of the most evolved magmatic rock Quartz-Charnockite. The magmatic rocks like Anorthosite, Norite are 930-920 million years old, but look as fresh as they were crystalized yesterday. This unique area provides high-value heritage in local, national and international contexts.

The UNESCO Global Geopark is working to establish 46 localities being open to the public. These comprise, a fantastic glacial ridge (esker) that meanders through the landscape; Eigerøy lighthouse with a walk through part of a huge magma chamber in a coastal landscape; one of the largest landslides in Europe; Blåfjell old ilmenite mine with the purest ilmenite in the World; Hellersheia anorthosite moon landscape with huge blocks and caves; Ørsdalen old tungsten mine; Gursli old molybdenum mine; huge coastal caves cut out of solid rock at Brufjell and Flekkefjord old museum railroad.

Magma UNESCO Global Geopark is one of the main companies in the region active in education and sustainable development. It is in charge of several education activities with schools and families with the aim to increase the awareness about the local heritage. Magma UNESCO Global Geopark developed an educational tool in cooperation with schools: the “GEOroutes app”. Through this app everyone can learn geology and have fun! The UNESCO Global Geopark has established agreements increasing the cooperation with local food producers, small and medium enterprises in the tourism sector and local artist, in order to strengthen the sustainable development practices in the region.