“The Geopark is one of the most important mining district in Italy. Mining has been carried out for 3,000 years” 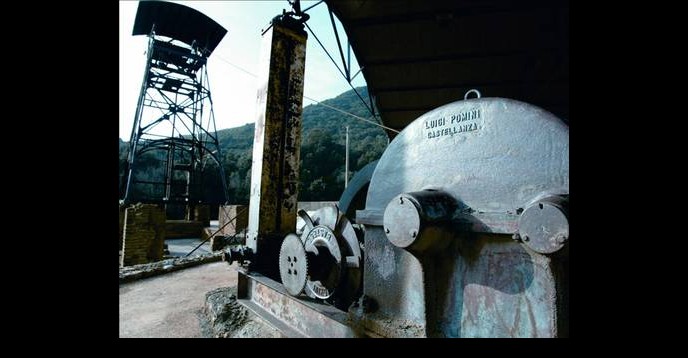 The Tuscan Mining Park UNESCO Global Geopark is located in the northern of Province of Grosseto in Tuscany, central Italy. The territory of the Colline Metallifere (Metalliferous Hills), stretches between the provinces of Grosseto and Livorno in Tuscany, a predominantly hilly area, covered by extensive forested areas over an area of 1087 km2.

The geological features of the Geopark have resulted from the long and complex geological evolution of southern Tuscany associated mainly with the formation of the local mountain chain (Apennine chain). The Apennine orogenesis caused in southern Tuscany the translation and overlapping, from SW to NE, of tectonic units from different sedimentation and palaeogeographical areas: Ligurian domain, Subligurian domain, Tuscan domain. The Ligurian domain was an oceanic basin formed by ultrafemic and femic magmatic rocks (ophiolites) covered by a sedimentary succession deposited in a deep marine environment. The Subligurian and Tuscan domains were epicontinental settings constituted by a metamorphic basement underlying a sedimentary coverage.

The geological features of the area are the result of the long and complex geological history of southern Tuscany and the formation of the Apennine chain. This territory embraces the area of the Colline Metallifere (Metalliferous Hills), one of most important ore districts of Italy. In this area, there are several sulphide orebodies that for their grade and size were intensely exploited from remote to modern age for production of lead, zinc, copper, silver, iron, pyrite, alum and lignite.

Visiting the Geopark, one can experience active geological processes such as thermal springs, gas and vapour jets, and thermal pools, which in the last 200 years have been used for the production of boron and electricity. Also you can find ancient sub-marine landslide rocks, evidence of an ancient ocean (250 million years ago) and beautiful fossils of Cretaceous (150 million years ago).

The agricultural landscape near the coast is crossed by drainage canals that affected the plains in a consistent manner mainly in the nineteenth and the first half of the twentieth century. On the higher ground, large areas of forest prevail.

Mining activity mainly occurred in the medieval period and in the 19-20th century. At the end of the 20th century the last mines shut down.

The gateways offer various services: information about the sites, their services and their activities, museum routes, guided tours (also inside the mines), animation activities, workshops and educational activities, hosting displays and exhibitions, hosting events, sale of informative and educational material. The visitors can discover the world of mining, the geological heritage, the historical landscape, the history of mining activities and, above all, the identity of the area of the Colline Metallifere. The wooded areas are mostly part of nature reserves and are made accessible through an efficient network of hiking trails enabling visitors to reach most of the archaeological sites, mining and geological sites.

The UNESCO Global Geopark is inspired by the concept of sustainability that pays attention to the environmental, economic, social and cultural issues of the territory. It employs environmental guides who follow annual specialized training. LEA-La Finoria International Center for ESD is the UNESCO Global Geopark’s operational partner who works with schools coming from all over Europe. A team of very well-trained educators offers about 70 different learner paths suitable for different age from three years up to adults. Most of the activities are based on learning by doing activities and cooperative learning methodologies. In 2014 the UNESCO Global Geopark received the European Charter for Sustainable Tourism Certification and it is deeply committed by its active involvement of various stakeholders in implementing its sustainable development strategy.