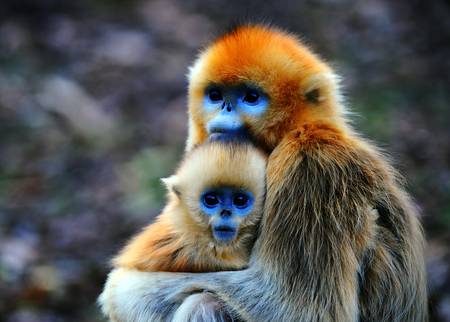 The UNESCO Global Geopark’s most outstanding feature is the orogenic geological heritage and the Quaternary geoheritage which includes landslides and Quaternary glacial relics. Located in the middle section of the Qinling Composite continental orogenic belts, Zhongnanshan differentiates the north from the south of China, in geology, geography, ecology, climate, environment, and even human culture. With its rich and typical geological features, especially the orogenic belt and the mountain-basin coupling, the UNESCO Global Geopark has been the focus of attention by both domestic and foreign geologists for a long time. Landslides generate diverse and intact landscapes, and its quantity of landslides is the 3rd largest in the world. The well preserved Taibai glacial relics are significant in research of the evolution of the Quaternary climate and glaciations in China and East Asia. The northern piedmont fault has a fault displacement up to 13 km. It has been active since the late Cretaceous, and is an important research base for probing into the Quaternary geology and neotectonics. The Lantian Homo erectus is one of the representatives of the late period of Homo erectus. The age of the skull fossil of the Lantian Homo erectus is known around 1.15 million years old. Such diverse geological wonders constitute a great encyclopedia of the history of nature.

Possessing unique geoheritage and cultural sites, rare biodiversity, and landscape resources, the Qinling Zhongnanshan UNESCO Global Geopark has and will become a desirable destination for visitors in many years to come.

By using the UNESCO Global Geopark’s unique geological resources, and special geographical setting and geological conditions, the UNESCO Global Geopark creates geological education sites for schools to help students learn about geoscience while they study and play, such as “Geoscience Popularisation Base”, “National Youth Outdoor Activity Base”, “Qinling Theme Activity Study & Social Practice Base”, “Xi'an Research & Study Trip Experimental Unit”. To promote the Geopark concept and to communicate geo-scientific knowledge to students, community residents, volunteers and staffs, the UNESCO Global Geopark launched multi-channel earth science campaigns regularly every year. The campaigns delivered message through a host of activities, such as feature exhibitions, workshops, community activities, and a science popularisation corner. These also have raised public awareness of Qinling Zhongnanshan UNESCO Global Geopark. The museum allows visitors to learn the diverse aspects of the area ranging from geology, history and humanity.

Inspired by the unique and diverse geological structures in Qinling Zhongnanshan, many academic institutions have built pedagogical and scientific bases in the Geopark, such as Beijing University, China University of Geosciences and Chinese Academy of Sciences.