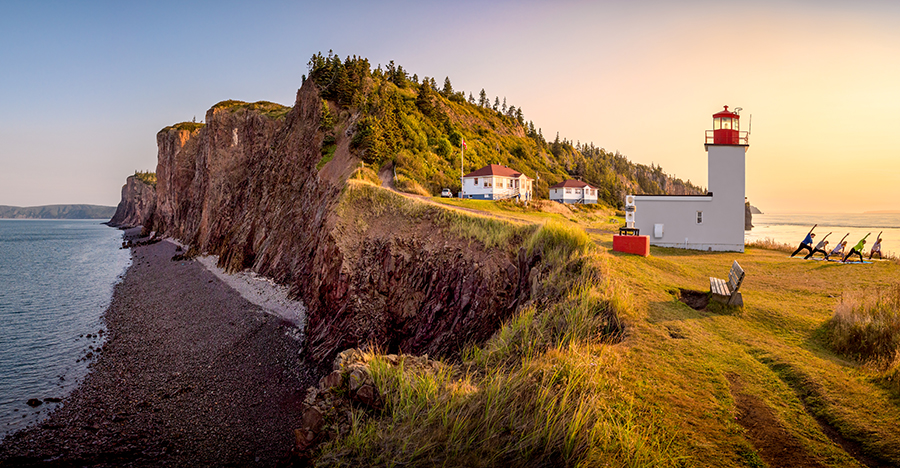 On the North shore of the Minas Basin in Nova Scotia, Canada, the Geopark features a varied landscape of hills, mountains, valleys, heavily forested areas, and coastal marshlands. Its broad biodiversity includes rare birds, fungi and plants. Minas Basin, an inlet in  the Bay of Fundy, which is known for having the highest tides on Earth, is part of the Geopark that features exposures of the Central Atlantic Magmatic Province, the largest outpouring of lava in Earth history, fossils of early dinosaurs, vertebrates and more. The indigenous people of the region, The Mi’kmaq, have lived in the area for thousands of years, making it one of the earliest known sites of human habitation in northeastern North America. Passed down through the ages, their stories explain many geosites and the communities of Cliffs of Fundy are committed to preserving them for future generations.

The area has a combined population of approximately 5800 people, largely the descendants of Scottish, Irish, and English immigrants, and includes two municipal counties – Colchester and Cumberland. Many residents work in the service industry, or in trades, forestry, and fishing. Much of the economic activity of the area is tourist-related – art galleries, summer festivals, traditional crafts and foods, music events, and outdoor activities draw tourists from across the globe. The entire area of the  geopark is connected by one main roadway. The international significance of the Cliffs of Fundy aspiring geopark has long been established, and involves many areas of geological and indigenous heritage including: