“Different portions of rock stacked like pages in a book” 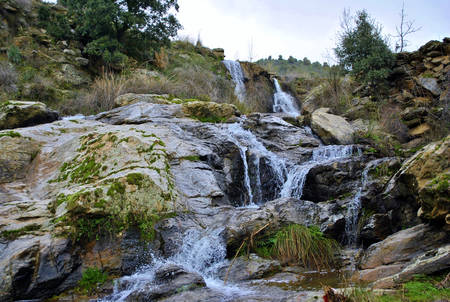 The Terras de Cavaleiros UNESCO Global Geopark is located in the northeast of Portugal. The territory’s dominant altitudes range between 400 and 800 m, with the Nogueira mountain as its highest peak (1320 m) and the Sabor River as the lowest point (200 m). Another river was dammed to create the artificial lake of Azibo’s Lagoon which is classified as protected landscape and important habitat to various rare species.

In the territory of the UNESCO Global Geopark the geological history of over 500 million years is very well documented. Like pages in a book, different stacked portions of rocks that once formed an ancient oceanic crust and an even older continental crust tell the story of the area. The geology is expressed by the Pre-Mesozoic allochthonous geological units, namely the Parautochthonous Complex (equivalent to the Iberian Massif autochthonous stratigraphic sequence), the Allochthonous Basal Complex (continental passive margin of the Iberian Terrane), the Allochthonous Ophiolite Complex (complete ophiolite sequence) and the Allochthonous Upper Complex (complete continental lithospheric sequence). Furthermore, there can be found sediments that prove the existence of an ancient fluvial network that once drained to the interior of the Iberian Peninsula as well as active faults, such as the Vilariça fault which crosses the whole territory of the UNESCO Global Geopark.

The Terras de Cavaleiros UNESCO Global Geopark offers several educational programs, especially designed for schools complementing their curricula. From a total of 15 programs, which contain biodiversity, culture and history, 11 include also a geological component and take place in the field. In order to support the educational offer and to encourage the learning of the geosciences in a didactically reasonable and enjoyable way, a set of didactic games was developed. The main objective of these games is to learn concepts about geological heritage and to explore the most important places in the area. They combine different educational concepts such as puzzles, board games and interactive approaches and are suitable for children from first grade to high school. The UNESCO Global Geopark participates in UNESCO’s contest “Water that unites us” with the Portuguese Forum of Geoparks, the “Eco-Schools” international program, promoted by ABAE (European Blue Flag Association), and the “Life Science in Summer” program, promoted by the National Agency for Scientific and Technological Culture.