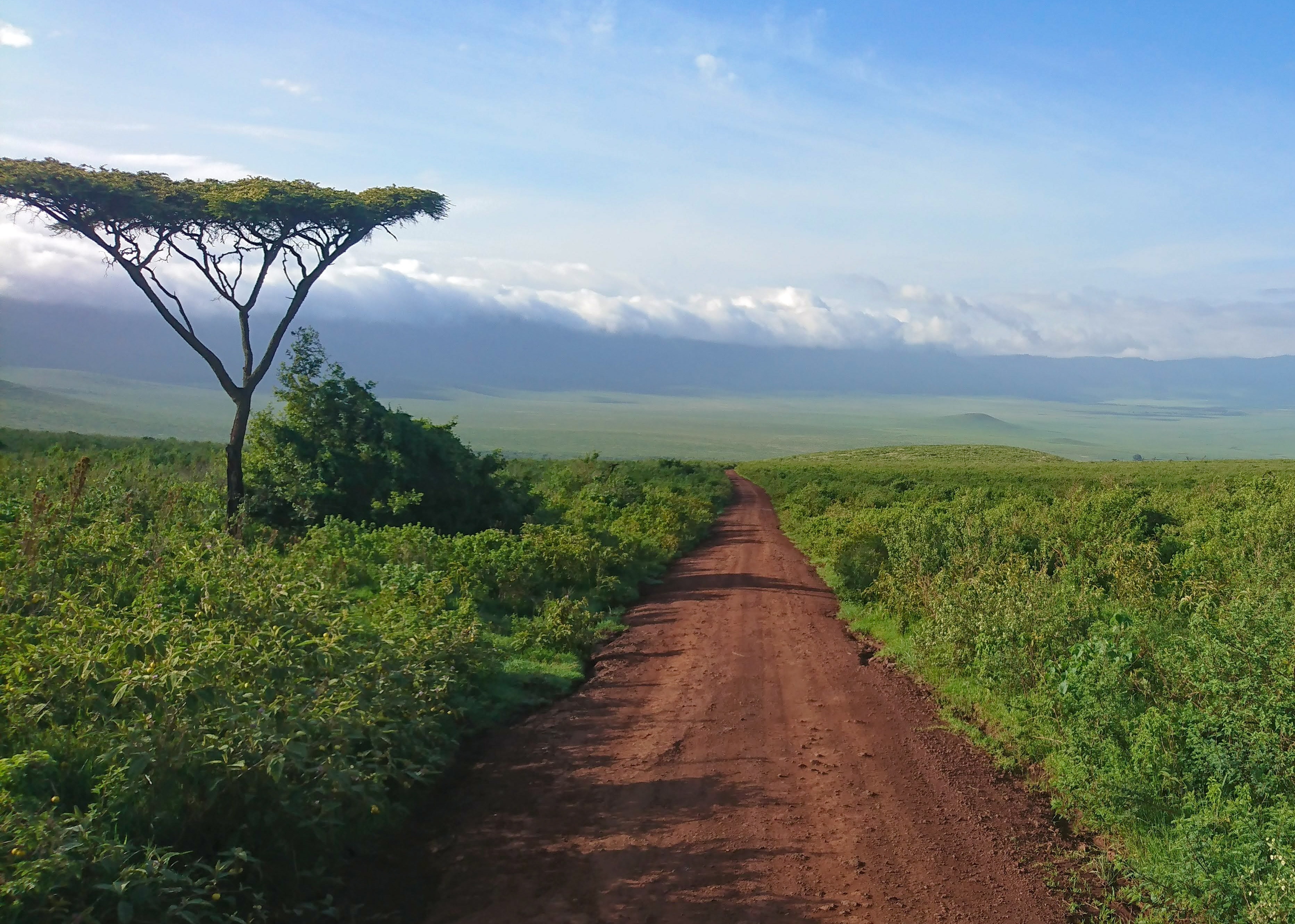 Ngorongoro Lengai UNESCO Global Geopark is located in Northern Tanzania (East Africa). It encompasses the districts of Ngorongoro, Karatu, and Monduli in the Arusha region. The area is confined to the North and North-West by the Serengeti National Park, Lake Natron to the East, the left arm of the Great Rift Valley to the South, and Maswa Game Reserve to the West. Its altitudes range from the lowest areas, the main Crater (600 m) to the highest point, the Oldonyo Lengai (2,962 m).

The Oldoinyo Lengai, ‘Mountain of God’ or ‘Holy Mountain’ in Maasai language, is the youngest active stratovolcano (2,962 m), situated at the northern end of the Ngorongoro Volcanic Highlands in the East African Rift Valley (EARV), 16 km south of Lake Natron in the Arusha region. It is the first of the volcanic systems of the EARV and uniquely produces natro-carbonatite lava, which is almost completely silicon-free.

The Olduvai Gorge is one of the famous paleontological sites in the world. It is a steep sided, 30 to 100 m deep and 56 km long stream-cut ravine. The exposed volcanic beds were formed in the Pleistocene (40,000 to 2.6 million years ago). These beds yield an unsurpassed record of past environments and fossil hominids attributed to Australopithecus (Paranthropus) Boisei, Homo habilis and Homo erectus, and artefacts from Oldowan, Acheulean to Middle and Late Stone Age; and a wide range of fossilized faunal remains.

The Laetoli is another of the key paleontological and paleoanthropological site in Afric. It is a Plio- to Pleistocene site (2.6 to 5 million years old) located 45 km south of the Olduvai Gorge site museum. It is famous for the Hominids’ footprint trail, which best portrays the history of human bipedal mode of locomotion, an important stage of in evolutionary trends.

One of the Geopark’s central features, the Ngorongoro Crater, harbors a great diversity of wildlife species, like elephants, black rhinos, lion, gazelles, and other large mammals, living in co-existence with humans.

The Ngorongoro Lengai UNESCO Global Geopark has 230,586 inhabitants (2012), distributed over four districts (Karatu, Ngorongoro, Longido and Monduli). The population consists of several ethnic groups, mainly Irawq, Maasai, Datoga and Hadzabe. The main economic activities in the Ngorongoro Lengai UNESCO Global Geopark include pastoralism, which is deeply embedded in the culture of the Maasai and Datoge, agriculture, tourism and trade.

The area is rich in cultural sites often linked to local traditional rituals, such as the Datoga graves, which are an important pilgrimage site for the Datoga tribe. These graves belonged to a spiritual leader Gitangda and his son who died over 100 years ago (between 1836-1851) while defending their land against the Maasai in Ngorongoro. Currently, most inhabitants of the Geopark belong to the Maasai tribe. This tribe is mostly found in Northern Tanzania. It is assumed they originate from the lower Nile valley and that they started to migrate southward in 15th century, reaching Northern and Central Tanzania between 17th and 18th century. Traditionally, their main economic activity is grazing that makes them live semi-nomadic life as they migrate from one place to another searching for sufficient pastures to feed their livestock. Their traditional way of life has made them famous in the region, in the country and at even worldwide.

Another attraction in the area includes the ‘Bao’ site. Bao is a Swahili term for a traditional Mancala Game known and played in many parts of East. Unlike the normal Mancala holes made in a wooden board, in the area most of the mancala holes are made in the earth, especially on the hard exposures found in crater floors and on top or around small hills around the area. Players used small rounded stones to play the game.

The Geopark is a popular destination for people who want to visit the geological sites such as the Ngorongoro crater, Lake Natron and Eyasi as well as for people passing through on their way to popular national parks such as Lake Manyara and Serengeti.