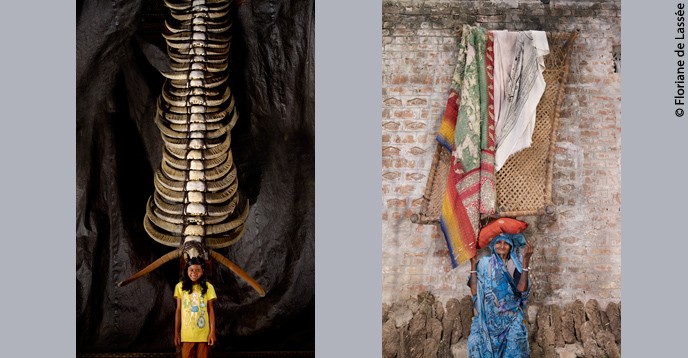 Left: In Tana Toraja, on the Indonesian island of Sulawesi, ancestors are represented by buffalo horns fixed to the front of the house – a sign of family wealth. Putrie demonstrates her heritage symbolically.

Right: In Nepal, Dokalia carries her bamboo bed, on which her body, weakened by age, will one day rest, as she departs for the hereafter.

Along the asphalt strips, on the endless dirt roads, where the haze of heat shrouds the horizon, improbable silhouettes walk. From East Africa to the far reaches of the Himalayas, the bodies of these walkers are extended vertically by a stack of things – indistinguishable for those who pass them in cars, the drivers too preoccupied by the road, and trying not to knock them over. Whether the torso is straight or bent over by the weight, the head is always held high, oblivious of the rickety old cars speeding by. Modern-day caryatids!

On the other side of the window, caught up in a hurried world that scorns the slow pace of the porters, we are mere spectators of these lives that pass by. But Floriane de Lassée, traveller and photographer, decided to stop rushing, to take the time to meet them – only to  discover that these balancing artists are carrying much more than just a can, a jug or a bag of clothes; much more than they need to survive. They carry the weight of life.

Her series, called How much can you carry? is actually a question posed as a challenge: “Show me how much you can carry! Show me who you are!”

A question to which the French photographer responds with humour and depth. Who would have thought that a little girl could carry a stack of firewood on her head with a young goat perched on top? Are we stronger than we think we are? Do these objects just rest on their heads, or do they emerge from them, as if they were the expression of their unconscious, as if suddenly the “outside” illustrated what was “inside”? In Indonesia, on Putrie’s head, is this mountain of horns, a symbol of power and wealth, real? Was it put there by the elders, who pass on this burden to her? Or did it emerge from a brain already well aware of her future responsibilities?

De Lassée takes the opposite view to the usual imagery of downcast heads and curved spines and goes beyond the cliché of the forced labourer, crushed by  work. No matter what the load, the head is always proud and the smile, bright. As if, at the time when their photographs were taken, everyone was mocking destiny. Life is a balancing act, and Floriane’s photos take us beyond all gravity! While contemplating so many loads carried with gaiety, let us imagine for a moment that we could play with our own burdens, and come away so much lighter! 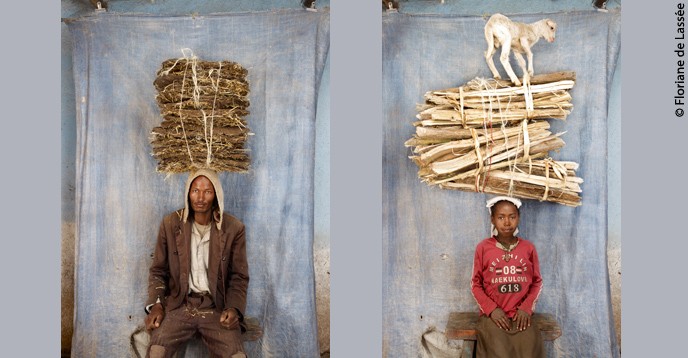 Left: Tamru, father of Aru and Aftam photographed in the same series, carries dried cow-dung, which is used to insulate houses from the heat and cold.

Aru, a little Ethiopian girl, gets ready to walk for several hours to the market, where she will exchange her wood and kid goat for some basic necessities. 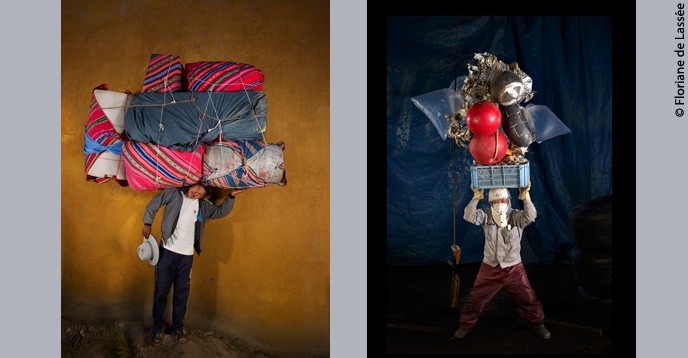 Right: Yuzuke will work all his life at the naval shipyards of Onomichi, a port town along Japan’s Seto Inland Sea. 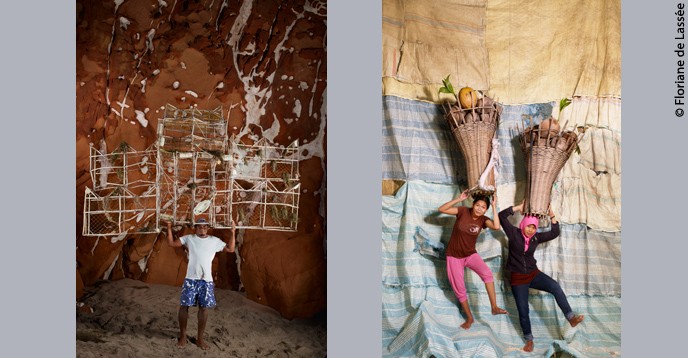 Left: Born in a fishing village near Fortaleza in Brazil, Nonato carries lobster pots to catch crawfish – lobsters are hard to come by these days.

Right: Sary and Nifah sell coconuts to thirsty tourists, on the island of Sulawesi, Indonesia. 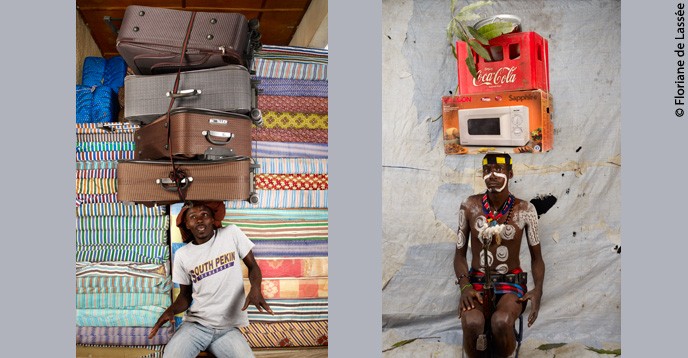 Left: In a small village in Rwanda, Casim runs a stall where he sells all kinds of things, including suitcases – fuelling dreams of journeys that will never be made.

Right: Gale, who belongs to Ethiopia’s Hamer tribe, carries water – a commodity so scarce in the Omo Valley in the south of the country, that he has to carry a weapon to protect it.

The photo series How much can you carry? started in Ethiopia in 2012, and continues to grow. It is currently spread over four continents and ten countries, including Bolivia, Brazil, Indonesia, Japan, Nepal and Rwanda, and is represented in sixty photographs.