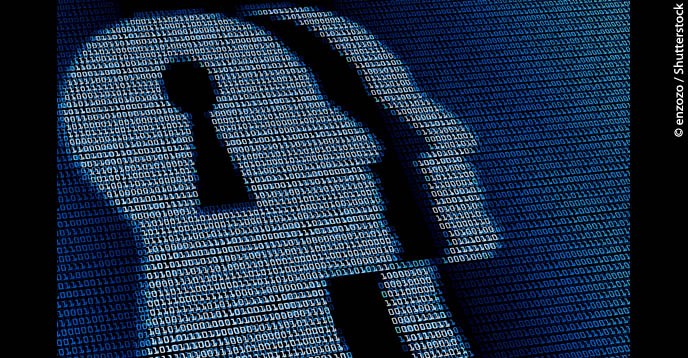 The terms marked with an asterisk are defined in this glossary

The word is derived from the name of the ninth-century Persian mathematician, Muhammad ibn Musa al-Khwarizmi, who introduced decimal numbers to the West. Today it means a series of instructions that must be executed automatically by a computer. Algorithms are at work in all areas, from search-engine queries and the selection of information suggested to internet users, to financial markets.

An interdisciplinary field of research that aims to create artificial systems inspired by living systems, in the form of computer programmes or robots.

A transhumanist* ideal, the augmented man is an individual who has been subjected to modifications aimed at enhancing his performance, thanks to interventions on the body based on scientific or technological principles. Part-man, part-machine, the individual would be able to run faster, see well in the dark, withstand pain, possess enhanced intellectual abilities, resist illness or death, etc. The “repaired man” already exists and “connected” prostheses are getting better every day. The augmented man is gradually becoming a reality, with the development of artificial external skeletons used for military purposes.

The superimposition of virtual elements onto reality, calculated by a computer system in real time (such as sounds, 2D and 3D video images, etc.). This technique is used in video games and cinema, where the spectator interacts with virtual objects through sensors. It is also used for geolocation and  heritage applications. For instance, the Cluny Abbey in France uses augmented reality screens, so visitors can visualize the town as it was in the fifteenth century.

A set of digital data that, through its volume, surpasses human intuition and analytical abilities. We generate some 2.5 trillion bytes of data every day on the internet, through emails, videos, weather information, GPS signals, online transactions, etc. No traditional computerized database management tool can process this mass of data – it has required the development of new algorithms* to store, classify and analyse it.

For transhumanists,* people who criticize their ideal, augmented man are bioconservatives – regressive individuals who refuse to change the laws of life and nature, even though technology makes it possible to do so.

Different computer systems involving a large number of computers connected to each other, and exchanging messages in real time over the internet. A calculation or the storage of information launched by one computer can therefore be carried out by a network of interconnected computers – thus creating a cloud.

At the cutting edge of machine learning*, this technique enables a machine to independently recognize complex concepts such as faces, human bodies, or images of cats. This is done by scouring millions of images picked from the internet – images that have not been labelled by humans. The result of a combination of learning algorithms and formal neural networks* and the use of mass data, deep learning has revolutionized artificial intelligence. It has countless applications, including search engines, medical diagnosis, autonomous cars, etc. In 2015, the AlphaGo computer used deep learning to beat humans at Go, the ancient Chinese board game.

These are algorithms designed to be implemented by a computer, which aims to replicate the neural connections of the brain. Existing systems are much more limited than human intelligence. But they are still capable of estimating the speed of a vehicle according to movements of the accelerator pedal and the slope of the road; the hardness of a material as a function of its chemical composition and its processing temperature; or the solvency of a business according to its turnover, etc.

The technique for the conservation of a human body or head in liquid nitrogen, after an individual’s death, with the aim of resuscitating it one day.

Hybridization between humans and machines

This process allows a connection between the human body and a technological system. The connection can be physical, like a mind-controlled prosthetic arm, or virtual, like Google glasses, which are voice-controlled and which display information or images in a corner of the lenses that are superimposed on our usual vision.

A virtual, computer-generated universe, into which the user is immersed via various sensors or objects (glasses, sensory feedback suits, etc.). Immersion in virtual reality may involve the player of a video game or an aircraft pilot in training.

A computing concept that describes the idea of everyday objects or places in the physical world that are connected to the internet, and are able to identify themselves to other devices. A connected object gathers data (temperature, speed, humidity, etc.) through sensors, and sends it, via the internet, for computer analysis. The object might be a vehicle, a watch, an industrial machine or even a parking space.

A machine uses an automatic learning programme to solve problems from examples, enabling it to compare and classify data, and even recognize complex shapes. Before the advent of deep learning* in 2010, this type of programme needed to be overseen by humans – each image had to be explicitly designated as containing a human face, a cat’s head, etc., so that the machine could perform the requested recognition operation.

According to transhumanists*, our sensations, thoughts and emotions can all be summed up as neural connections. Mind uploading is the transhumanist idea that the “contents” of the human brain can be reduced to a set of information that could be translated into binary computer code, and thus uploaded into a computer.

A theory arising from the fields of cognitive science and neuroscience, neo-connectionism proposes to develop computer models that aim to simulate learning by formal neural networks*, the organization and functioning of which have been designed by analogy with physiological neural systems.

Algorithms* to formulate a sentence written in any language (for example, “Paul takes the bus to Berlin”) in logical form, so that a computer is able to interpret it. The machine can then make logical inferences (like deductions) that enable it to classify words into different categories and analyse the sentences submitted to it.

A movement whose followers want to reach the “post-human” condition by eliminating disabilities, suffering, illness, ageing and death, through the “NBIC convergence” (the convergence of nanotechnology, biotechnology, information technology and cognitive science). They promote the use of human cloning, virtual reality*, hybridization between humans and machines and mind uploading*. Their opponents accuse them of excessive speculation, of founding a new mystical order which idolizes technology, and of fantasizing about a “superhuman” with eugenicist overtones.

Weak AI or Artificial Narrow Intelligence (ANI) is the only form of AI that humanity has achieved so far – machines that are capable of performing certain precise tasks autonomously but without consciousness, within a framework defined by humans and following decisions taken by humans alone.

Strong AI or AGI would be a machine that has consciousness and feelings, and is capable of providing  solutions for any kind of problem – that is pure fiction, for now.