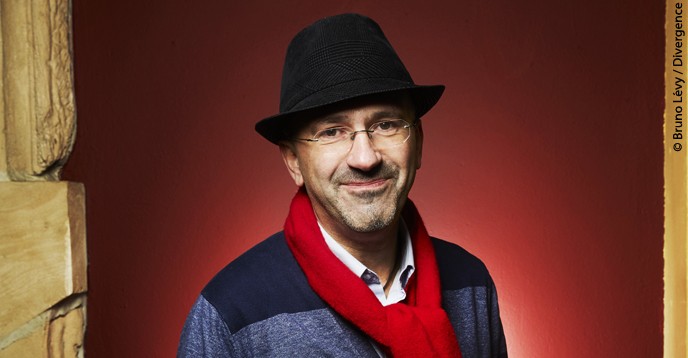 Three years after Algeria’s independence in 1962 – and after eight years of civil war –  Italian director Gillo Pontecorvo shot The Battle of Algiers. The film is about one of the bloodiest episodes in the Algerian war, when Algeria’s pro-Independence National Liberation Front (FLN) clashed with the French colonial authorities in 1957.

On 19 June 1965, even as the film was being shot, Colonel Houari Boumédiène’s FLN troops entered Algiers. Tanks being used for the film got mixed up with the real tanks, and President Ahmed Ben Bella’s supporters could see nothing but fire. As a result, he was overthrown!

Half a century later, in 2017, Malek Bensmaïl examined the historic role of Pontecorvo’s black-and-white newsreel-style classic in his documentary, The Battle of Algiers, a Film Within History. But this is not a “film about a film”, he explains. It is more an interpretation of his country’s history – the revolution, the coup, the regime changes, the  decolonization. For almost thirty years, the Algerian director has been creating what he calls “the contemporary memory” of his country.

Why did you choose documentary film as a medium of expression?

More than fiction, documentary film is capable of countering national myths. Not to destroy them, but to put them in their place, so that they do not crush society. If you do not film your own reality, how will you be able to watch yourself? Where would your inspiration come from? Where would your dreams come from? Also, do we need to be reminded, cinema was born from the documentary – remember the Lumière brothers? The documentary film determines the collective imagination. It is this reality that nurtures fiction and holds up a mirror to society. I know that filming real life can be disturbing; but I also know that it matures you.

In the 1990s, when we were in the middle of the “black decade” in Algeria, I opted for reality. And I continue along that path. My idea is to make a film every one or two years, about people, institutions, important social issues. I would like these films to provide a better understanding of how a country is built over time.

My intention is to create a contemporary memory, by showing this laboratory, which is Algeria – a country searching for its identity, with its progress, its setbacks, its questions. You don’t achieve democracy with a snap of the fingers. Or with guns, for that matter!

One of the assets of democracy, press freedom, is the subject of your film about the independent Algerian newspaper, El Watan, released in 2015. Why did you call it Checks and Balances?

A free press is a democratic asset that many journalists paid for with their lives, during the civil war in Algeria. The war, which broke out in 1991, left 200,000 dead and 100,000 missing. Around 120 Algerian journalists were murdered by Islamist extremists between 1993 and 1998. But that still does not mean that the free press represents a real force of opposition in my country today.

For this film, I decided to take an “oblique” look, by following a team of journalists at work. What interested me was not so much the press as a counter-force, but the counter-forces represented by individuals.

In Algeria, the notion of the individual has not yet fully developed. We are locked into the idea of a community. We have a nation to defend, a country to defend, a god to defend, a language to defend.  There is always that “one” figure, which is omnipresent, omnipotent, which is supposed to include us all – while in reality there are celebrities, intellectuals, journalists, judges, students, etc., who live in a multicultural and multilingual space, who think differently and who constitute a set of small checks and balances necessary for a democracy.

What good is an independent newspaper if it has no impact on society?

Even when it does not constitute a real counter-force, the free press does manage to condemn the invisible acts of violence no one talks about. Algeria is currently seen as a calm country, protected from terrorism, but in fact it is not immune from humiliation and manipulation.

El Watan is not the only newspaper doing this work. There are a few others, including Le Quotidien d'Oran, El Khabar, Liberté and, to a certain extent, Le Soir d'Algérie, which are also involved in the resistance and the struggle. They are not opposition newspapers. Their objective is to provide accurate information from balanced sources. Besides, most of them have websites that are free and accessible to everyone, including the diaspora.

What is El Watan doing to preserve its independence? How does it ensure its survival?

Through newspaper sales – it has a print run of 140,000 copies, which sell at 20 Algerian dinars (about €0.20) each – and through advertising. The paper, which has been deprived of advertising revenue from the state since 1993, has invested in an advertising and distribution network, and in an independent printing facility which it shares with El Khabar. The paper has also turned to the private sector for advertising, which enables it to pay the 100 journalists and correspondents that make up its editorial staff.

That said, the newspaper has had at least six interruptions in its publication, and has been involved in some 200 lawsuits, which have made it financially vulnerable. I was surprised to hear Omar Belhouchet, the paper’s founder and director, say that he found these court cases very important for the democratic process. I thought they were painful experiences, but he felt that they allowed him not only to defend  journalists and cartoonists, but also to defend the very notion of the freedom of expression, which is written in the Constitution.

These trials give him (Belhouchet) the opportunity to explain to the court what a caricature is, what humour is, what a chronicle is, what an investigation is, and where the restraints in society are. He actually uses these court cases to educate young magistrates about freedom of the press. 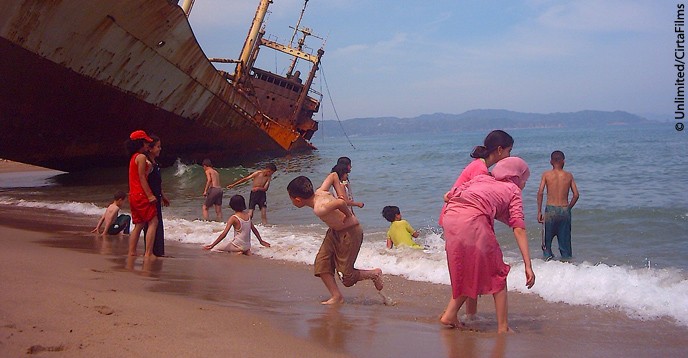 Education is central to your 2008 documentary, La Chine est encore loin (China is Still Far Away). Why do you refer to China when it’s about a classroom in a school in Tiffelfel, a small village in the Aurès mountains, where the Algerian war began, in November 1954?

The title refers to a quote from the Prophet Muhammad: “Seek knowledge, going all the way to China, if need be”. China is therefore a symbolic land, the land of knowledge, which can only be reached with considerable effort. A land that is still far away, seen from Algeria.

Just before making this film, I had shot a documentary on madness (Aliénations, 2004). I spent three months in a psychiatric hospital and came across many cases of people with politico-religious delusions. I wondered what the origins of this pathology were.  A psychiatrist gave me the answer: “It’s society”. That encouraged me to go and see how young people were being taught, what ideas were being passed on to them at school. So, I went to the school in the village where the Algerian war had started.

It was a very violent war, that lasted almost eight years. Thanks to its victory, Algeria has become a myth, and successive regimes have worked hard to consolidate this myth. I’m not saying it is not a good thing to forge a sense of national pride among the people, and for them to value their heroism. But I disagree when this is done in a way that is completely out of step with local daily life. I wanted to film an Algeria that works every day, that fights every day, under that myth.

The film shows the gulf that separates the myth from the social reality. At the end of the day, we realize that what we are teaching children is hatred of the other. The film also shows that Koranic education today is far removed from the words of the Prophet. Political Islamism has done a lot of damage that is still being felt today, especially in rural areas.

Is that the reason why only one woman – Rachida, the school cleaner – is given a voice in the film?

Rachida is amazing. She gave me a wonderful lesson in freedom! She comes from another village in southern Algeria, from where she had to escape because she was divorced and was therefore considered a prostitute.

It was impossible to interview other women, even though, in this region, women were once known for their management of the economy  – carpet-making and farming were in their hands. Today they are hidden behind the walls of their houses. In the countryside, they hardly ever leave their homes, even veiled. It is the men who go to market. That is unheard of! The years of Islamism and conservatism have wiped out the traditional social role of women, along with all the gains they had achieved with their emancipation. During the shoot, they sent us trays of food, cakes and coffee through the children, but we didn’t see a single woman.

Interview about The Battle of Algiers

Algerian film director Malek Bensmaïl has been making documentary films since 1990, while his country was going through the “bloody decade”. His films have received critical acclaim  and several prizes at international festivals. They have been screened in cinemas and broadcast on television worldwide, on channels including Arte (France-Germany), TV Cultura (Brazil), RTBF (Belgium), TV3 (Spain), YLE (Finland), France TV, Canal Plus (France), RTSI, RTSR (Switzerland), Channel Four (United Kingdom), and global television networks TV5 Monde and the BBC. In 2010, he was the Villa Kujoyama laureate in Kyoto, Japan. A retrospective of his work exhibits at leading universities in the United States in autumn, 2018.