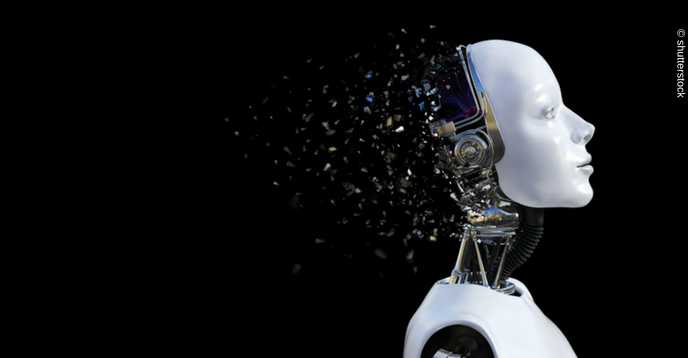 Artificial intelligence (AI) can be used to increase the effectiveness of existing discriminatory measures, such as racial profiling, behavioural prediction, and even the identification of someone’s sexual orientation. The ethical questions raised by AI call for legislation to ensure that it is developed responsibly.

What are the issues raised by behaviour analysis software based on filmed images?

AI helps to improve the preventive use of video surveillance systems in public places. Images are now being continuously analysed by software that detects acts of aggression and can quickly raise the alarm. This new system is being tested, for example, in the corridors of the Châtelet station in the Paris metro system. If we accept the principle of video surveillance, the only problem with the use of AI is the risk of error. And this risk is not very high, since it is humans who must take the final decision whether or not to intervene.

Nevertheless, facial recognition errors are very common. All it takes is one small glitch in the image for the AI to see a toaster instead of a face! The feeling of excessive surveillance and the multiplication of errors can be particularly worrying.

There is also cause for concern that these intelligent systems and the racial and social profiling techniques they might use, could lead to abuses.

What kinds of abuse are you referring to?

I’m thinking in particular of the programmes, already being used in several countries, to identify “terrorist behaviour” or “criminal character”, using facial recognition. Their facial features would therefore be used to indicate their intrinsic criminal tendencies!

Alarmed by this resurgence of physiognomy, Michal Kosinski and Yilun Wang of Stanford University in the United States, wanted to expose the dangers of this pseudo-scientific theory – thought to have been relegated to history – which claims to study a person’s character, using facial recognition. To draw attention to the risks of invasion of privacy, they created an  “AI gaydar” in 2017 – a programme to identify whether someone is homosexual or not, only by analysing their photograph! According to the authors, the margin of error for the programme is only twenty per cent. In addition to its stigmatizing effect, the application of this technology would violate the right of everyone not to disclose their sexual orientation.

Any scientific research that is carried out without philosophical guidelines or a sociological  or legal compass is likely to raise ethical problems. The few examples I have mentioned show the urgent need to establish an ethical framework for AI research.

In my opinion, AI is not a priori a factor of eugenics. Some people prophecy a world in which humans can be improved through the use of AI – chips to expand memory or improve facial recognition, etc. While intelligent robotics might be able to offer medical solutions for some forms of disability (such as providing mobility through sophisticated prosthetics), the transhumanist hypothesis of the augmented man remains in the realm of science fiction.

Assistant professor in ethics and political philosophy at the University of Montreal, Marc-Antoine Dilhac (France) holds the Canada Research Chair in Public Ethics and is co-director of ethical and political research at the Centre for Research on Ethics (CRE).