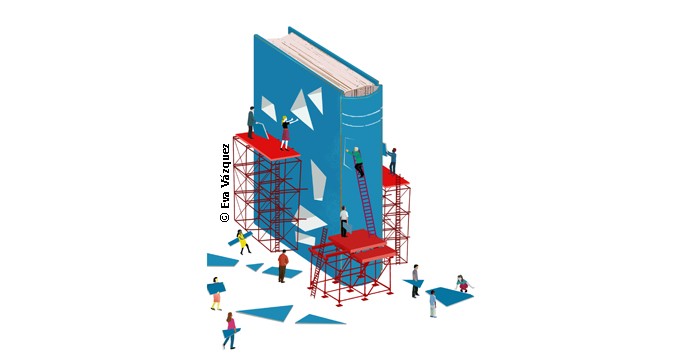 At a time of heightened global tension, when human rights, freedom of speech, peace and the future of the planet itself may seem challenged as never before, the transformational power of education is of critical importance.

In Learning: The Treasure Within, the landmark Report to UNESCO by the International Commission on Education for the Twenty-first Century in 1996, Jacques Delors, then Chairman of the Commission (1992 to 1996), spoke of education as “the necessary Utopia” and “an indispensable asset in its attempt to attain the ideals of peace, freedom and social justice.”

Education was held up as neither miracle nor magic, but rather the best means to foster a climate where humanity would be improved − and where the rich potential for learning, inherent in every individual, would be tapped.

Our humanity is confronted with a very strange paradox: the world's population has never been better educated, and yet,  according to the UNESCO Institute for Statistics, 263 million children and young people are out of school, 617 million children and adolescents worldwide do not meet the minimum threshold for literacy and mathematics, at least 750 million adults are illiterate, and girls remain more likely than boys to never set foot in a classroom. Yet education is still called upon to address inequalities, poverty, terrorism and conflict. It is seen as one of the keys to global citizenship and sustainable development, two of UNESCO’s fields of action. The Organization is also mandated to lead the Education 2030 global agenda with a special focus on ensuring that no one is left behind.

Under the title, “Education: Still searching for Utopia?”, the UNESCO Courier evaluates the state of global education and explores how it responds to some of the main challenges we face.