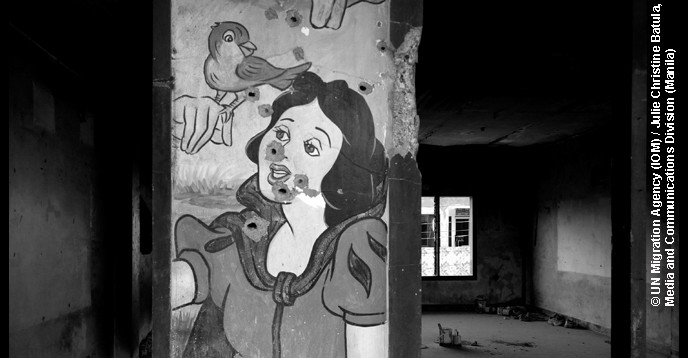 The Santa Barbara Elementary School in the Philippines became a killing ground after it was taken over by an armed group during the Zamboanga siege of September 2013.

Every attack must be documented and every measure taken to ensure education continues during periods of conflict. The price paid for children losing access to schools is too high, writes Brendan O’Malley.

The first school I visited in an active conflict zone was set on the side of a hill overlooking a plain in Kosovo*, in 1999. To get there, we had to drive through country lanes past a village, where skeletons of houses lined the road – many of them with makeshift roofs, and all of them with black scorch marks above their windows.

They had been torched by Serbian forces in retaliation for the activities of the Kosovo Liberation Army, the rebel armed group fighting for an independent Kosovo. And in many of them, extended families were now living in one blackened room, around a stove donated by the United Nations Children’s Fund (UNICEF).

At the school, I saw children sitting in thin clothes, shivering in freezing classrooms with shell-holes in the wall. Many of them looked numb from something deeper than the freezing winter cold.

With their families, they had lived in the woods for six months to escape earlier retribution and, after negotiations, had recently been allowed to return to their village. The teachers were working without any prospect of being paid, to keep classes going.

As I interviewed the headteacher, there was a loud thud outside and the whole building shook. A shell had landed on the other side of the hill.

“They do this every day, just to remind us they are here,” the headteacher explained. “But we will carry on. The school gives us hope.”

A safe place to be

In times of conflict or crisis, being able to send children to school offers parents and communities a semblance of normal life; a safe place to leave their children while they work; a place where vital services, such as vaccinations, can be delivered and where vital safety information – such as how to avoid landmines – can be learned. But above all, it is a means to give their children an education that will enable them to build a future for themselves and for their community and country.

The reverse is also true. When schools are destroyed in areas of instability, hope is destroyed along with them – fear of going to school and indeed, staying in the area, can spread. People may flee for their own safety and, with that, all hope of an education is gone.

There have been some shocking examples of education being targeted in recent years. In Chibok, Nigeria, in April 2014, Boko Haram militants abducted 276 girls from the Chibok Government Girls Secondary School, around a hundred of whom have yet to be released (as of January 2018, according to news agencies Reuters and Agence France Presse).

In June 2017, militants planted bombs around a primary school in Pigkawayan, in the  Philippines, occupied it and held local people hostage in the school.

The immediate impact of these attacks may be deaths and injuries to students and staff, destruction of facilities, closure of schools and universities, and psychological trauma.

If they are ongoing – given that on average, conflicts in poor countries last for twelve years – attacks, or even collateral damage, can lead to long-term disruption, closure, the permanent dropout of students and teachers, and the prevention of rebuilding.

Even after a conflict ends, it can take years to rebuild destroyed facilities and get the education system back on its feet – during which time whole cohorts of children are denied an education.

Research by UNESCO shows that half of the world’s primary-aged children who are out of school, live in conflict-affected states, and most never get the chance to complete their education, “leaving behind entire generations”.

The latest global study of attacks on education, Education under Attack 2014 – published by the Global Coalition to Protect Education from Attack (GCPEA)  – documented that over four years, from 2009 to 2012, armed non-state groups, state, military and security forces, and armed criminal groups had attacked thousands of schoolchildren, university students, teachers, academics and education establishments in at least seventy countries worldwide.

The attacks ranged from the bombing or burning down of schools or universities to killing, injuring, kidnapping or illegally arresting, detaining or torturing students, teachers and academics.

In the six most heavily-affected countries – Afghanistan, Colombia, Pakistan, Somalia, Sudan and Syria – the 2014 report documented that there were “1,000 or more attacks on schools, universities, staff and students or 1,000 or more students, teachers or other education personnel attacked, or education buildings attacked or used for military purposes.”

The report also found that schools and university facilities were used for military purposes in twenty-four of the thirty countries profiled.

The UN has since reported that in Nigeria, an estimated 1,500 schools have been destroyed since 2011, with at least 1,280 casualties among teachers and students. According to the GCPEA, “in the worst cases, children have been injured and killed and schools damaged or destroyed when belligerent forces have attacked schools because military forces were using them”.

Schools and universities are targeted for different, and often multiple, reasons – whether it is to create instability, attack the perceived type of education offered, seize facilities for military use; or in the case of higher education, to prevent  expressions of alternative political views. 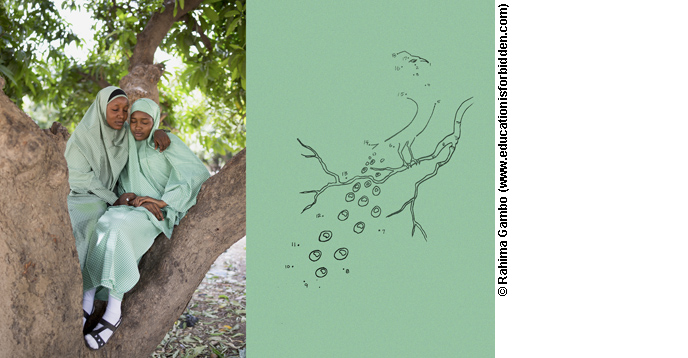 Nigerian photographer Rahima Gambo reflects on students in northeastern Nigeria
returning to their studies after their schools were attacked by Boko Haram.

Every attack must be documented

The first and most crucial step to addressing the problem is to develop effective monitoring to understand what is happening, and why.

Prevention measures can range from providing protection, such as security guards or building a perimeter wall, to addressing a motive for attacks, such as ensuring equitable access to schools for minorities or enabling minorities to learn through their own language and study their own religion; or hiring teachers from the local ethnic community, as has happened in Southern Thailand.

The reduction of impact measures could include building schools out of concrete instead of wood and straw, because they would be harder to burn down, or providing two points of exit for each classroom, so that students have a chance to escape if militants or soldiers try to enter a classroom to recruit them at gunpoint.

In the case of the military use of schools, a key preventive measure is persuading states and non-state armed groups to agree not to use schools for military purposes.

Deterrence measures include ending legal impunity for the attacks and holding to account the armed groups and armed forces that carry out attacks.

This includes the listing of parties committing grave violations against children in conflict – including attacks on schools and recruitment of child soldiers – in the UN Secretary General’s annual report on such violations to the UN Security Council. Those parties listed must draw up action plans to address and end the violations or face sanctions.

Currently, the GCPEA is leading an international campaign to persuade countries to sign up to the Safe Schools Declaration, which commits countries to many of these measures.  In December 2017, the Dominican Republic became the seventy-second  country (as of 9 January 2018) to sign the Declaration.

The Special Representative of the Secretary-General for Children and Armed Conflict (CAAC), Virginia Gamba, has urged all UN Member States to endorse and promote the instrument. The Safe Schools Declaration “has made an essential contribution towards promoting tangible measures to prevent attacks on education. We simply cannot afford to make schools in conflict zones a military target. The price of a child losing his or her access to education for years, if not decades, is too high to pay,” Gamba said, while presenting the CAAC Report at the UN General Assembly, in October 2017.

* Within the framework of UN Security Council Resolution 1244, dated 1999.