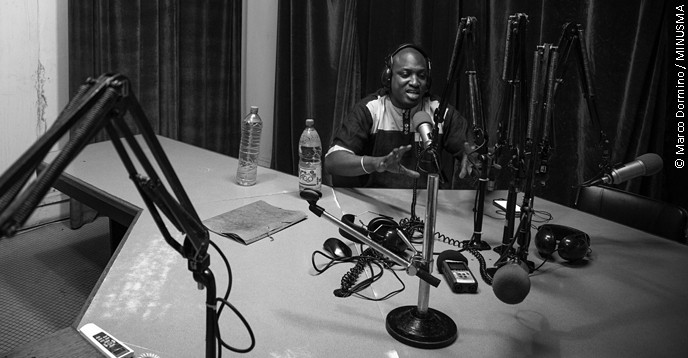 To celebrate radio in pictures – this was the challenge successfully undertaken by Marco Dormino. The photographer, who has worked with the United Nations for over a decade, specializes in recording emergency situations – notably in Central America and Mali.

Dormino, who joined the United Nations Multidimensional Integrated Stabilization Mission in Mali (MINUSMA) in  2013, was in Bamako when its Mikado FM radio was launched in June 2015. This “Peace Radio” is broadcast over a vast area in northern Mali – home to the independence-seeking Azawad community, among others. Its aim is to provide the public with accurate and reliable information on all aspects of the peace process in Mali and to thus help establish peace and national reconciliation. Its name, Mikado, was taken from the eponymous game, and refers to the power of a people that is united.

Broadcasting in French and Bambara, and  in other local languages (Fula, Songhai, Arabic and Tamasheq) for some specialized programmes, Mikado FM is rapidly gaining the trust of people in the country’s north – becoming the most widespread means of communication in the Gao region.

To celebrate its obvious success, MINUSMA has decided that  World Radio Day (13 February) is the ideal occasion to pay homage, not only to Mikado FM, but to radio in general. Radio has become the “main tool for disseminating culture and political opinions in Mali,” Dormino explains. “It plays a key role in the daily lives of Malians.” 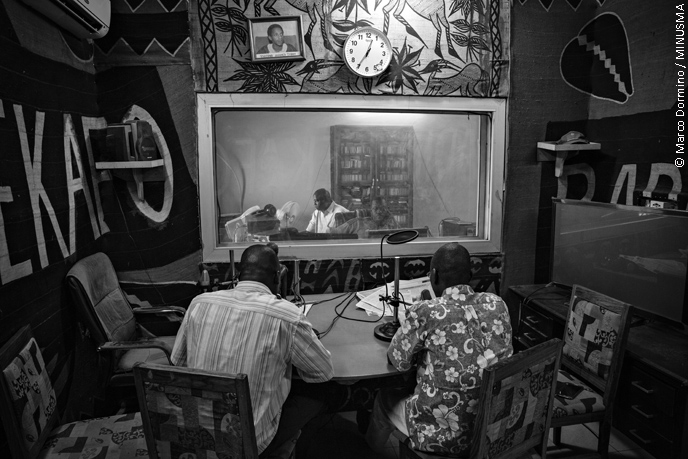 And here is our youthful 41-year-old Italian, combing the maze of streets in Bamako in search of radio stations! A difficult task, as their premises are often not in the best locations. “Some neighbourhoods in Bamako aren’t even marked on the map. It’s easy to get lost. In general,  I only had a rough idea of where I was supposed to be going.” 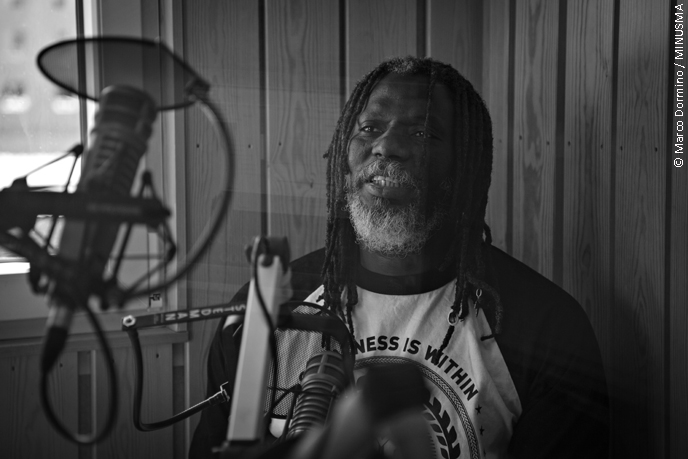 In a week, he discovered several radio stations in the city – not all, but many of which are the most listened to in Mali – Kledu, Benkan, Guintan, Jekafo, Chaîne 2, Liberté. Dormano says he always received a warm welcome, was given complete freedom of movement and had the full support of the staff. “I met some very professional journalists, who were very well-organized and very committed – whether they were working for a large public station like Radio Chaîne 2, or a small private radio,” he said.  “They all seemed to be passionate and were there because they really wanted to be.” 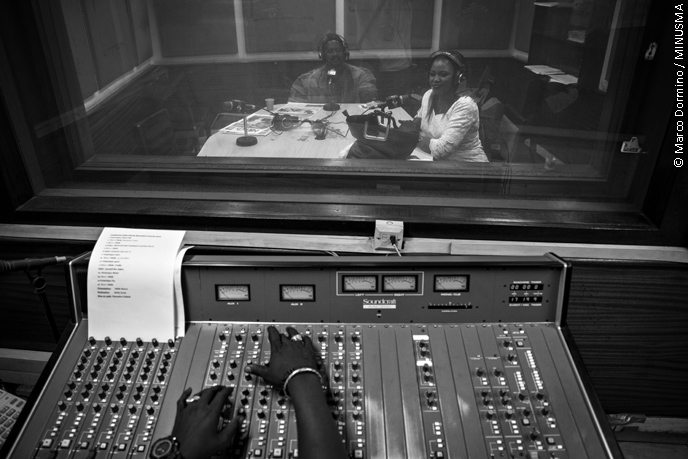 By doing this assignment, Dormino wanted to get a real feeling for the way local people think. This is something he always tries to do, wherever he is. “Radio is about people’s opinions, their feelings and their voices. It is people who bring radio to life,” he says. 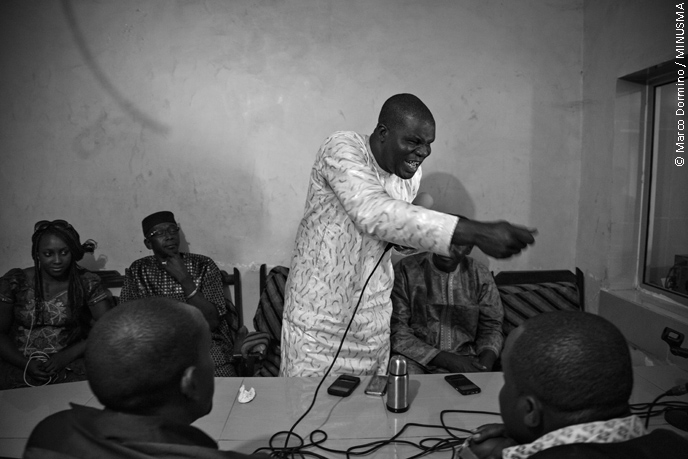 Radio is in fact the media that is closest to the people. According to UNESCO, radio still reaches more people than any other media. In Africa, eighty per cent to ninety per cent of homes have a working radio set. In 2016, more people worldwide listened to radio than watched television or used smartphones. One does not have to be able to read to listen to radio, and it can reach very small communities by broadcasting in their language. 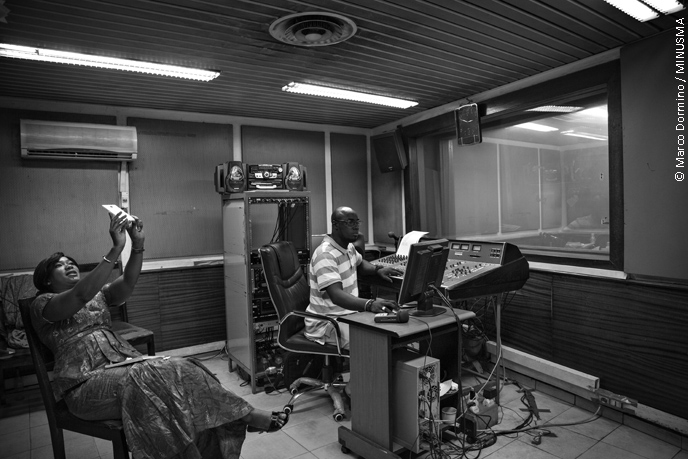 Radio continues to be one of the cheapest means of communication. From the broadcasting point of view, a small 40-Watt FM radio station can be set up for under $5,000. In terms of reception – in regions of the world where the absence of transport infrastructure makes it impossible to distribute print media, and where the electricity power supply for television broadcasting is at best intermittent – a small battery-operated transistor radio is all that is needed to access news and information. 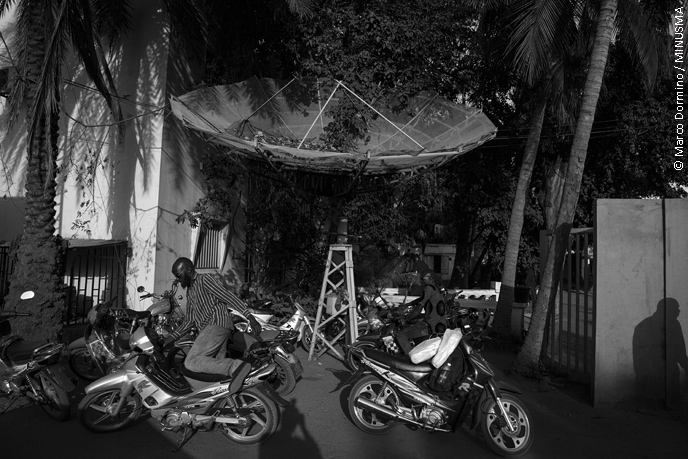 In an effort to promote access to information via radio, UNESCO, in 2011, proclaimed that World Radio Day would be celebrated on February 13 every year. The date is symbolic, as this was the day on which United Nations Radio was created, in 1946. This UNESCO resolution was adopted by the UN General Assembly in 2013. 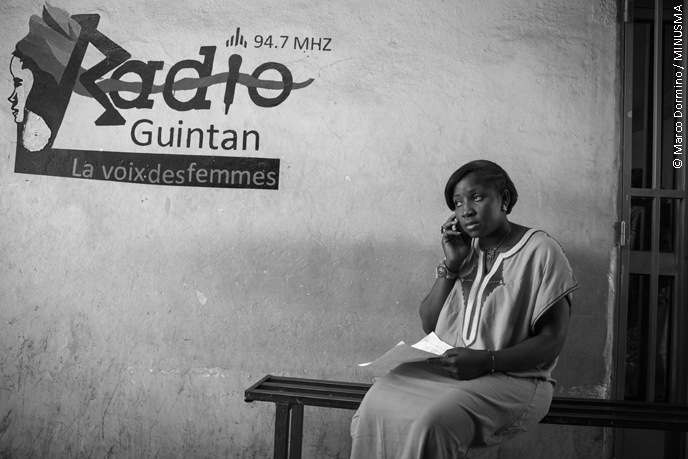 Radio, a future for sound, the UNESCO Courier, February 1997.