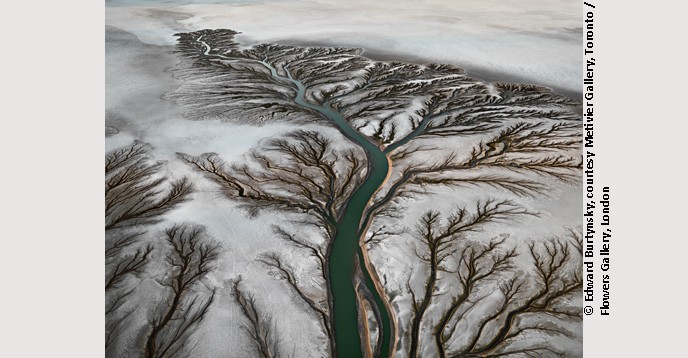 Colorado River delta, near San Felipe, in the Mexican state of Baja California, 2011.

The 2018 edition of the World Water Development Report focuses on nature-based solutions for water. The issuance of water bonds is a relatively new phenomenon in this field, attracting private investment towards a sustainable future for natural resources, especially water.  A new set of global scoring criteria for these bonds could help transform the financial markets and boost investment in nature-based solutions.

Climate scientists predict global warming of 4–6 ℃ by the end of the century. At the same time, the world is entering an age of unprecedented urbanization and related infrastructure development. To ensure sustainable development, this infrastructure needs to be both low-carbon and resilient to climate change, without compromising the kind of economic growth needed to improve the livelihoods and well-being of the world’s most vulnerable citizens.

Ensuring that the infrastructure built is low-carbon raises the annual investment needs by three per cent to four per cent, to $6.2 trillion, according to the Global Commission on the Economy and Climate’s 2016 New Climate Economy Report. Climate adaptation needs add another significant amount of investment, estimated at $280 billion to $500 billion per annum by 2050, even for a 2 ℃ scenario (United Nations Environment Programme (UNEP)’s 2016 Adaptation Finance Gap Report).

Traditional sources of capital for infrastructure investment such as governments and commercial banks, are insufficient to meet capital requirement needs to 2030.  Institutional investors, particularly pension and sovereign wealth funds, are increasingly being considered viable actors to fill these financing gaps.

Green bonds, which provide an opportunity to mobilize capital for green, or environmentally sustainable, investments, have emerged as key financing instruments for the application of nature-based solutions (NBS). Globally, the green and climate bond market is only about a decade old.

Beginning in 2007, the European Investment Bank (EIB) and the World Bank began issuing “green” bonds (also known as “climate” bonds) as a loan mechanism to show the use of proceeds applied to environment-positive projects. Though the terms are often used interchangeably, in the case of climate bonds, the use of proceeds were further refined to apply to climate change mitigation and/or adaptation projects. The standing of these institutions inspired market confidence, while a handful of other donor and multilateral institutions followed their lead.

However, as an investment category, green and climate bonds remained relatively niche markets, with limited impact until about 2013, when issuances tripled to around $10 billion, after commercial finance and corporate institutions began promoting the market. These trends continued and expanded to $86.1 billion in 2016, surpassing $100 billion in 2017.

As a source of climate finance, this total is on par with the Paris Climate Agreement’s (within  the  United Nations Framework Convention on Climate Change (UNFCCC), and which came into force on 4 November 2016) call to reach $100 billion worth of climate finance by 2020. In China alone, green and climate bonds have crossed $36.2 billion in 2016.

How green are green bonds?

While the market pool has grown rapidly, some investors have expressed concern that the credibility of these new bonds as environmental investments may be questionable with the new categories of issues.  How green are green bonds, and could the exposure of ineffective investments cause a collapse or systemic risk within the market category?

The need for open and independent standards was identified recently by a number of non-governmental organizations (NGOs) working with sustainability issues in the finance and investor communities. Water was shown to be a gap area, since freshwater resources are often relatively hidden to investors, who may not readily see water embedded within energy, agriculture, and urban projects − much less how the water within one project may affect other issues and systems within the same basin.

In mid-2014, a consortium of NGOs − Ceres, Climate Bonds Initiative, World Resources Institute, CDP (formerly the Carbon Disclosure Project), the Stockholm International Water Institute (SIWI), and the Alliance for Global Water Adaptation (AGWA) − coordinated the development of criteria to score the quality of water-related investments for their relevance to climate mitigation and climate adaptation. Together, they organized a series of technical and industry working groups, which defined scoring criteria for issuers and verifiers to provide investor confidence in climate bonds.

These criteria effectively score the climate resilience and climate adaptive potential of these bonds in addition to their environmental impact. These issues remain well understood by  engineers, scientists, and resource managers. But the level of even basic awareness among investor and finance groups is far more limited. Phase 1 of the work targeted traditional “grey” water infrastructure investments, with the exclusion of hydropower, and was launched in October 2016.

More broadly, the risk of greenwashing for nature-based solutions − investments in green and hybrid infrastructure − are very high. No science-based standard for such investments exists, much less the ability to certify that the ecosystems involved will themselves endure and be resilient to climate impacts.

Recognizing this gap, the Rockefeller Foundation provided support in 2016 to develop phase 2 criteria to evaluate and qualify nature-based solutions (NBS) for water investments. NBS investments depend explicitly on the use of ecosystems to provide grey infrastructure-like services, such as through so-called natural or green and hybrid infrastructure. Such services could include storm-water and flood protection through riparian ecosystems, water treatment in wetlands, and water storage in aquifers. These additional criteria were launched in early 2018.

Together, both phases evaluate the climate mitigation impact, and the ability of the investment to contribute to climate change adaptation.

In May 2016, the San Francisco Public Utilities Commission (SFPUC) in California, United States, issued the world’s first certified green bond for water, for $240 million. A second bond for $259 million was issued by the SFPUC in December 2016. Both bonds are certified under the Climate Bonds Standard, an investor screening tool that specifies the criteria that must be met for bonds to be labelled “green” or earmarked for funding water-related low-carbon initiatives.

The successful issuance and sale of these and other bonds against the Standard represents a vivid shift in investor awareness. To date, more than $1 billion have been issued against the grey criteria − a number that is expected to be rapidly achieved with the integrated nature-based solutions criteria as well. In a time of ecological and climate transformation, these criteria are also helping to transform finance itself.

John H. Matthews (United States) is Coordinator and co-founder of the Alliance for Global Water Adaptation (AGWA), which is hosted by the World Bank and the Stockholm International Water Institute (SIWI).

Anna Creed (United Kingdom) is the Head of Standards at Climate Bonds Initiative.