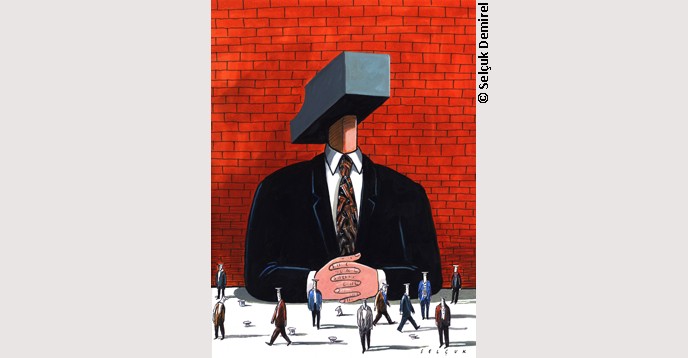 Do politicians see how important it is to train people who can think about things with a critical mind?

Technological and scientific advances have changed the way we relate to the world. The role of the humanities has been ousted by an economics-centric approach. In this context, universities are confronted with a dilemma: should they be producing technicians who are intrinsically productive, or more generalist graduates who are able to reflect on the future of societies? Economic realism cannot be the sole response to today’s challenges.

Among the phenomena that characterize the early twenty-first century, the most significant must be the disappearance of the landmarks that society uses to find its bearings, and the increasing difficulty that individuals have in visualizing an optimistic future for themselves – a feeling exacerbated by following a daily spectacle of wars and mass migrations.

To this can be added our questions about the nature of the living world – the maintenance of our ecosystems, the workings of our democratic and individual freedoms, the role of the State, relationships between States and multinational corporations – that are able to mobilize enormous means to control the gathering, distribution and preservation of knowledge and information, as well as their transformation and exploitation.

The isolationism of some rich countries, the rise of populism and the dramatic reinforcement of integralist movements, leads us to believe that power is progressively being seized by those who believe in quick and easy – if not simplistic – solutions.

Faced with these concerns about the contemporary world, one would imagine that the humanities – with one of its central missions being precisely to provide the keys to interpret the world in which we live –  would have assumed a more prominent role. But, with the possible exception of sociology, the humanities have remained largely in the background in current debates and are slowly disappearing from university curricula.

The place traditionally reserved for the humanities is clearly diminishing, just about everywhere in the world, but particularly in developed countries. On the one hand, their scope is shrinking – the messages they convey have ceased to be relevant for technical disciplines. At the same time, the resources allocated to the humanities, for both teaching and research, are at a constant low level.

The causes contributing to this situation are too numerous to be detailed here. I will restrict myself to the role of the political authorities.

In a world where full employment is no longer a certainty, the almost isometric correspondence between training and a trade that can lead to employment has become a real obsession. It now seems preferable to train graduates who are immediately ready for specific tasks, rather than offer them a more general degree. For example, in June 2015, the Japanese government announced its intention to drastically reduce, if not abolish, departments of humanities, social sciences, philosophy and the arts, in the universities it controls. The Japanese Prime Minister stated at the time, that rather than backing more academic research, which is very theoretical, it was preferable to provide more practical courses, which would better anticipate the needs of society.

But can universities content themselves with training specialized technicians who remain ignorant of anything outside the limited area of their discipline? It has come to the point where we have to ask ourselves if politicians, who are responsible for setting strategic objectives, see the need to train people who can think more generally, with a critical mind. In some countries, the answer is clearly no. In many others it is not, or is no longer seen as a priority – sometimes even by the university establishment itself, now obsessed with questions of profitability.

In a world where it is becoming harder to find a philosophical and moral compass, universities still enjoy a good measure of trust with the public. But, in order to maintain and reinforce this trust, they have to continue to set a good example. Scientists are not always immune to certain criticisms of their intellectual integrity. So science has become suspect in the eyes of a growing proportion of the population. The presentation of what is called ‘alternative facts’ is an interesting case in point. This is probably not the place for a lengthy exposition of the various skeptical views – which are sometimes held at the highest levels of government – on the reality of climate change, or arguments – as if they were two equivalent opinions – about the theory of the evolution of species and creationism. In this changing context, universities can be strongholds of freedom. This depends, of course, to a large extent on the institutions themselves, but governments need to guarantee sufficient resources to ensure their real autonomy.

The role of the humanities

In an ideal university, the humanities would have a central role to play. And yet they are not taken seriously today. Too often the survival of these disciplines depends on an instrumentalization that is almost forced. For example, we can easily agree that a philosophical insight is necessary on ethical issues in the life sciences, but we don’t see the use of supporting research on Kant [Immanuel Kant (1724-1804), German philosopher] medieval philosophy or phenomenology.

For many scientists, research in the human sciences is not real science. The lack of understanding stems particularly from the fact that the natural sciences impose their epistemological paradigm – or at least their research practices – on science as a whole. As the preserve of the humanities is first and foremost that of meaning, it inevitably follows that there will be a certain relativity in their findings.

Also, no one thinks of criticizing the technical elite, respected for their contributions to economic wealth, our physical well-being and our material comfort. The same is not true of the intellectual elites, whose mission is also to be disruptive, by the questions they pose to society, by the critical position they take vis-à-vis the authorities, or the way they decode the meaning – always the meaning – that is hidden, disguised or obscured under the continuous flow of information, in which we are all submerged.

But it is precisely the humanities – which do not think in terms of binary categories – that are able to provide the tools we need to understand the complex world around us. By default, what will gradually, and perhaps irreversibly, emerge, is the “democracy of the gullible”, to borrow a term from the French sociologist, Gérald Bronner. 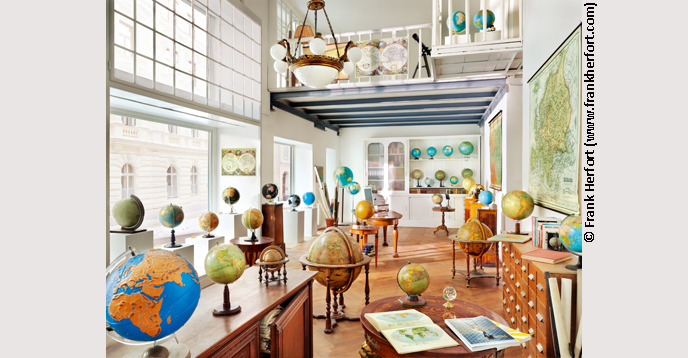 A collection of antique globes at a shop in downtown Vienna, Austria, 2011. Part of German photographer Frank Herfort’s Interiors-Public series.

The warning signs of obscurantism

Confronted with the colossal challenges posed by the evolution of the contemporary world, by the extraordinary technological developments that profoundly question our models of society, the only possible response cannot lie solely in a search for economic well-being – even if there obviously have to be basic minimum standards, especially in the least developed countries. But sticking to that principle would at best be a fig leaf, used to conceal more complex and essential realities. The only adequate response lies in the comprehension of the intelligence of the world in which we live.

This understanding depends on culture, a profound culture, not – or in any case, not only – a culture of entertainment. It demands a culture nurtured by the breadth of history; a multilingual culture, a culture which is concerned with its origins, which researches them, tries to deepen our understanding of them, and thus tries to understand its own present and envisage its future. A culture, then, that is fully informed, and which can only be so through the irreplaceable contribution of the humanities.

In order to understand the position of humans in the universe, along with their history and culture, in more than a superficial manner, we need to acquire methods that can sometimes be very exacting. Yet the ignorance of these things, along with the disdain or even contempt for those who defend them, have always been the harbingers of authoritarianism and obscurantism.

The excuse of leaders who would follow a path based solely on economic realism is, at best, stamped with the seal of ignorance. At worst, it is the trace of a desire to subjugate people by brutalizing them. This is what I was referring to when I spoke of a major democratic challenge in the way we conceive the status and the role of the humanities in our societies.

Jean Winand (Belgium) is a professor at the University of Liège, and an expert in the languages and literature of ancient Egypt. He was Dean of the Faculty of Philosophy and Letters between 2010 and 2017, and elected a member of the Royal Academy of Belgium in 2017. He co-chaired the International Programme Committee of the World Conference on the Humanities held in August 2017 in Liège, in partnership with UNESCO.