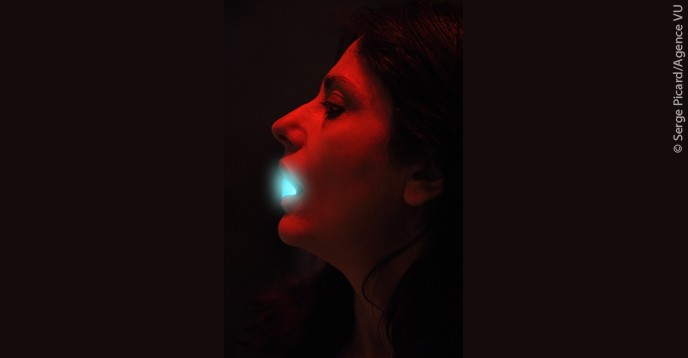 Deprived of a physical image, listeners rely on the evocative power of the voice on the radio.

Deprived of a physical image, listeners rely on the evocative power of the voice on the radio, to immerse themselves in the story – creating mental images that facilitate concentration on what is being said.

Listening to the voice of a radio presenter is an experience that triggers a cascade of emotions, feelings and mental images – which makes listeners unconsciously sketch a physical person and a story in their minds. The more numerous and vivid these mental images – or representations – created in the listener’s mind are, the richer their cognitive processing will be. The radio voice generates a defined hearing imprint on the mind – composed of both a physical and psychological representation of the speaker, and the content of the message.

When listening to the radio, people have the feeling that they are not alone. The listener has the perception of being connected with the speaker, and immersed in the content. This connection and immersion occurs on the psychological level. The listener feels a pleasant sensation of well-being by establishing a strong connection with the radio presenter and getting involved with the story.

In doing so, listeners tend to infer various traits to the presenter. Studies have shown that listeners have the unique ability to recognize certain characteristics – such as age, gender, height and weight; although the latter two are tougher to detect.

When we listen to a voice, we draw a specific physical portrait of its owner in our minds, based on its vocal features. In a study conducted in 2013 by Olatz Larrea and myself, a group of participants listened to several radio voices reading a piece of news. Another group listened to the same voices after seeing photographs of the presenters. Seventy-three per cent of the participants reported that they had been influenced by the images they had seen. They said they were less able to use their imagination, because they were conditioned by these images.

In both groups, the listeners imagined the presenter, but differently. Of the group that heard only the voice, thirty-nine per cent imagined what the speaker looked like, while 18.5 percent in the second group conjured up the presenter. The group that had no image of the presenter to go by, paid more attention and were more focused when they listened only to the voice. More importantly, they were able to recall more information about what they had heard.

Listeners rely on characteristics of the voice to conjure up a mental image. This process is strongly influenced by the stereotypical associations conveyed by the media – film, in particular. For example, the villain of the film always has a rough, low-pitched voice. Through these conventions, listeners form a mental image derived from the sound of a speaker's voice. They do so, coinciding with other listeners’ judgements, beyond what we might consider chance.

This means that when we hear the voice of a presenter on radio, we all imagine the same physical traits. If the voice is weak and high-pitched, we imagine a person who is small;  if we hear a sensual, low-pitched voice, we tend to imagine it belongs to an attractive person – even if this association does not always coincide with reality. This explains why many listeners are surprised when they see a radio presenter – because the person is often quite different from the image they had conjured up in their minds.

The characteristics that we infer from the sound of a voice depend mainly on a particular vocal feature – the tone or pitch of voice are the most important in terms of perception. A high pitch is usually associated with positive moods such as euphoria, excitement, or joy; but also with alertness, conveying fear or nervousness.

Our study concluded that listeners tend to perceive that high-pitched voices on the radio were tense, distant, cold and weak. A deep voice is often associated with a strong, tall physical presence, and dark hair. But the essential factor in the listeners’ preference was that low-pitched voices conveyed sensations of credibility, maturity and dominance. In a study we applied to radio news, low-pitched voices were rated as more pleasant, but also as “more convincing, calm and credible”.

When listeners hear a presenter’s voice, they can infer his or her personality and their affective or emotional state with a sixty-five per cent accuracy, according to a study by psychologist Klaus R. Scherer, published in the Journal of Voice (September 1995). Our voices provide information about our personalities. For example, people who speak very quickly are usually perceived as nervous or extroverted, while those who express themselves with a low intensity are perceived as shy.

The way radio presenters use their voices also conveys their emotions and intentions. This is called prosody, or the melody of speech – formed by intonation, accent, speech rate, and pauses. The first rule for a radio presenter, in this respect, is to avoid extremes: monotony (very few low inflections) and uptalk (many high inflections).

A monotonous tone directly causes the listener to lose attention. At the opposite end of the spectrum is uptalk, a manner of speaking with rising intonation at the end, repeated at regular intervals. This over-emphatic style is widespread in radio news broadcasts and advertising. Often this style, which sounds like a repetitive sing-song, does not work either. It produces a negative perception, especially if it does not relate to the content, or hinders comprehension.

Instead of these two extremes, the best strategy for a radio presenter would be to use variations – starting a sentence with a high pitch to attract the listener’s attention, and ending with a low pitch, to reinforce the essential information

With proper vocal training, radio presenters can evoke detailed images, impressions,  intentions and emotions that they want to elicit in the minds of their listeners. All we have to do is relax, allow ourselves to be accompanied by the warm voice of a host, compose suggestive mental images in our brains, feel intense emotions – and immerse ourselves entirely in their stories.