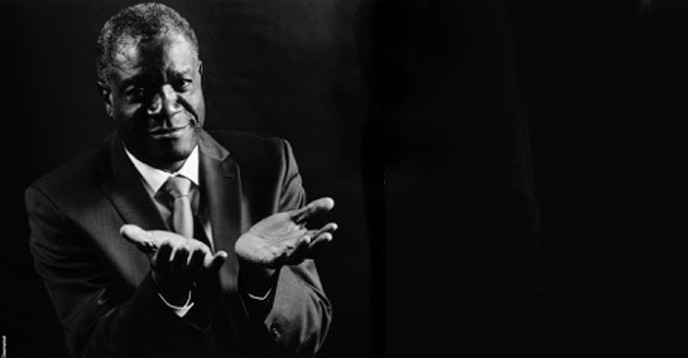 In the last fifteen years, more than 40,000 women victims of extreme violence have received care at Panzi Hospital, founded by Doctor Denis Mukwege in 1999 in the Democratic Republic of Congo (DRC). Education, community reinsertion services, legal aid, awareness-raising campaigns – Dr Mukwege, a legendary champion of women’s rights, does not limit his action to dispensing medical care. He has now taken on another battle: calling for the perpetrators of sexual violence to be brought to justice. His convictions and determination have not been shaken by six attempts on his life.

Caring for victims of sexual violence has become your life’s battle. Why and how?

In 1989 I was the doctor in charge of the general hospital in Lemera, in eastern DRC. At the time my main concern was reducing the rate of maternal deaths during childbirth. When the first Congo war broke out in 1996, the hospital was destroyed, women patients were killed in their beds, medical staff were murdered. I had to leave Lemera and go to Bukavu, the capital of South Kivu. It was there I founded the Panzi Hospital in 1999, with the idea of concentrating on maternity care.

But my first patient did not come to give birth. This woman had been raped. Her rapist had shot her at close range in the sexual organs. She had to have six surgical operations before she could return to something of a normal life.

At first I thought this was an exceptional incident, a barbaric act committed by someone who had taken leave of his senses. But three months later, I had already provided care to forty-five women who were the victims of sexual violence.

In the last fifteen years, more than 40,000 women who survived extremely violent rape have received care at Panzi Hospital. 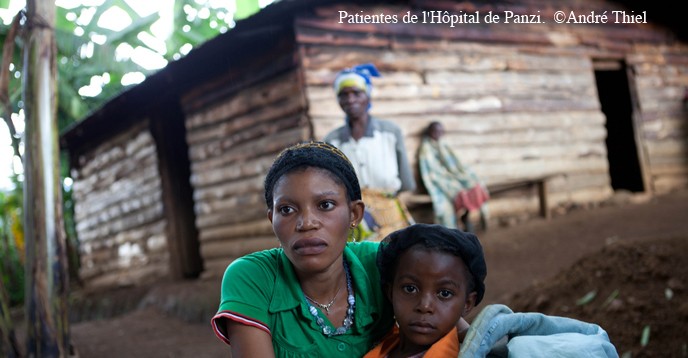 But I have also seen an increase in the number of children who have been raped. Already in 2013, a United Nations report established that in eastern DRC some 250 children had been raped in the space of a year. Sixty of them were no more than three years old. Once I received a little girl who was six months old. How could I not fight against this!

According to you, rape is a weapon of war. Can you explain this phenomenon?

In fact rape and sexual violence constitute a formidable weapon of war. They cause the displacement of civilian populations, provoke demographic decline, destroy the economy and disintegrate the familial and social fabric. These are tactics that aggressors use in all wars, whatever their form.

In DRC, rapes usually happen in public. Sometimes they are collective – as many as 300 women in the same village may be raped at the same time. The perpetrators force their families to watch these excruciating scenes. The raped woman is dishonoured and her husband is humiliated. He then leaves his home to hide out somewhere where nobody knows him. When these rapes become recurrent, women and children are forced, in face of permanent insecurity, to seek refuge elsewhere. Moreover, sexual violence, when it doesn’t kill a woman, can leave her unable to bear children. Sexually transmitted diseases can be fatal for the victim but also for posterity. The resulting demographic decline is a principal objective of the attackers, who also commit all kinds of barbaric mayhem, torturing people, pillaging their resources, burning villages and leaving populations to starve. It is obvious that the rapes are not motivated by sexual impulses but constitute a means of debilitating, if not annihilating, a population.

These public rapes also lead to the victim’s loss of identity. It’s not unusual for a patient to tell me “I am no longer a woman.” As for men, whether their wives have been raped or they themselves have been raped (1% of all cases), they feel they are no longer worthy of being fathers. The situation is just as dire, or even more so, for children born from rape. They are rejected by their own community. They are called “children of snakes”, “genociders” – a whole terminology is put in place to deny their humanity. Individual loss of identity means that people no longer recognize themselves as members of their own community. Points of reference are lost, roles are confused, social cohesion is destroyed. It opens the door to every abuse. In other words, the attackers can take over these places as absolute masters.

These places are often mining areas rich in coltan or in gold. This is why I advocate for international regulations to make it possible to trace the supply chain of minerals.  A constraining law is crucial if we want to prevent armed groups in the DRC’s conflict areas from being financed by the trade of minerals.

You are also calling for an international criminal tribunal for the DRC.

International jurisdiction is vital to end impunity for the perpetrators of these international crimes. As long as these crimes remain unpunished, violence, terror and rape will continue their ravages. Remember that horrific massacre in Beni (DRC) in May 2015: pregnant women eviscerated, babies mutilated, men tied up and their throats cut. More than fifty innocent victims, to add to the already appalling toll of the conflict that has raged in my country for more than twenty years.

Immediately following the massacre, I launched an appeal to the international community demanding protection for the civilian populations in the Great Lakes area. And in March 2016, I presented a petition to the UN, “No to impunity”.

It was signed by 200 organizations and demanded notably that the UN Human Rights Council publishes the list of the 617 suspected perpetrators of rape and human rights abuses in DRC between 1993 and 2003.

I think that DNA samples should be collected systematically whenever a rape has occurred. This would allow the judicial authorities to identify the culprits – a giant step towards ending impunity.

The international community cannot remain silent in face of these crimes. They are sometimes committed by soldiers from foreign armies, and they’ve never been prosecuted either. People must realize that a crime cannot go unpunished. We must break the silence – individually, nationally and internationally.

In 2015, the DRC adopted a law regarding women’s rights and parity, and drafted a project to set up a fund for reparations to benefit the victims of sexual violence.

There is no lack of legislation; the problem lies elsewhere. Often women don’t know that there are laws to protect them. And when they do know, they have to confront social norms that prevent them from claiming their rights. There is a huge amount of work to be done on raising awareness.

When a woman doesn’t dare report a rape, because she considers it a taboo subject, she is protecting the rapist. Her silence increases the risk of more rapes. But if she succeeds in breaking the silence, shame will change sides, and the rapist will know that his crime will not go unnoticed, that he will be judged and condemned. The situation will change completely.

Policymakers must be firm in the fight against impunity for such acts. We will not go far if the political will is missing! Women have fought hard in the last 100 years to obtain rights, but laws and international resolutions remain powerless if people’s minds don’t change. Equality between men and women is only possible if it’s an obvious fact in our minds.

Equally deplorable is that right now, even when women who have been raped win their court cases, they do not receive substantial reparations. Court-awarded reparations would help them heal completely and would convince people that these women truly are victims. How can we rebuild a traumatized society without reparations for crimes?

How are you contributing to rebuilding this society?

The Panzi Hospital’s work rests on four pillars. The first is medical care – operations, hospitalization, treatments – closely linked with the second, psychological support, which is just as important. The third pillar is education and community reinsertion. When a woman has regained her physical and mental strength, you can’t just send her back to her village, alone and without resources. We help the victims either to go back to school if they had dropped out, or to acquire job skills. We also offer literacy classes, because illiteracy is often at the root of these women’s tragic experiences. Finally the fourth pillar is legal aid. We give them free legal advice. Six lawyers are available to them and we pay legal costs. Nonetheless, of the 3,000 women we receive annually, not more than 300 will end up going to court.

In addition, we organize numerous awareness-raising campaigns against the stigmatization of victims of sexual violence, who more often than not are rejected rather than helped by society. I am happy to note that in this respect, people’s minds are evolving in the right direction. 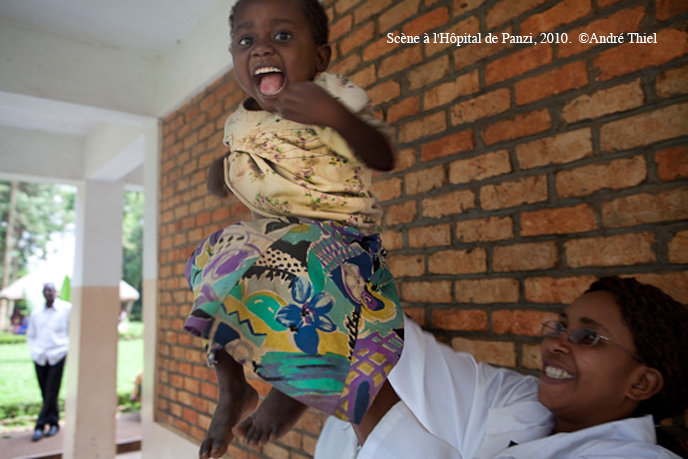