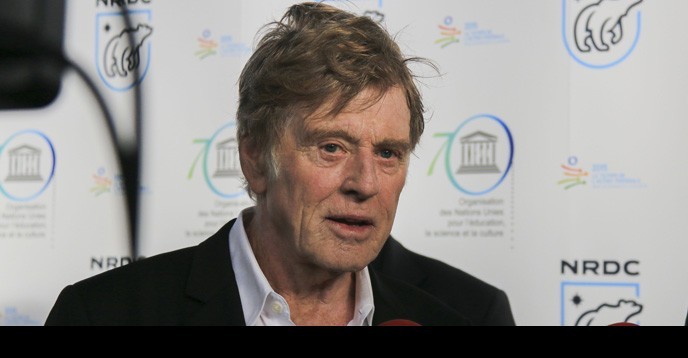 American actor Robert Redford came to UNESCO Sunday, 6 December 2015, to support indigenous peoples' struggle to survive in a world threatened by climate change. He answered Rhea Suh's questions. She is the President of the Natural Resources Defense Council (NRDC), co-organizer of the event with UNESCO. Read below a part of their interview.

You travelled to Paris in order to support the fight against climate change at the United Nations Conference COP21. And today, you are at UNESCO, with a group of indigenous artists, activists and storytellers to raise awareness. How can we use storytelling to maybe bridge the gap between the climate policy talks and the general audience?

I am not a politician. I think I can classify myself as a storyteller. Telling stories and supporting other people to tell stories is the core of what I do. One of the reasons why I am in Paris is to draw attention to indigenous cultures and to their values; to say why we need to pay attention to them, why we need to recognize how vulnerable they are because of climate change. They are probably the most vulnerable of all. They need our help now and fast. But indigenous people themselves have great stories to tell us. They were the closest to the land and this relationship with the land, a lot of us we have lost it over time. It is time to listen to what these cultures have to tell us. Who is going to know more about what the threat is that those people who are threatened? 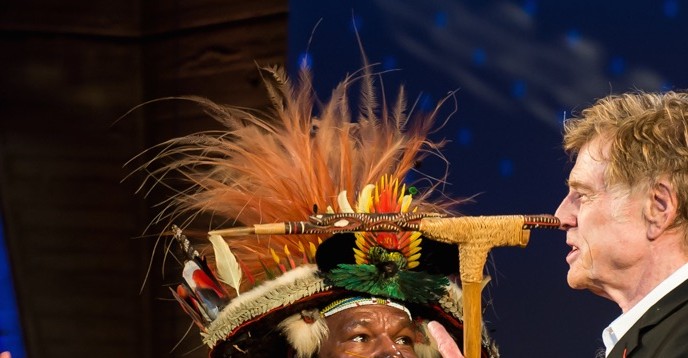 You have been environmental activist for years. What led you in this direction?

I grow up in Los Angeles. It was a very beautiful city when I was a kid. The air was clean, the streets were wide, and there were green spaces between communities. My family did not have much, but we lived close to the ocean. So the ocean became my playground. I learned to swim, to surf… What pleasure it gave me and it cost nothing!

Then something weird happened. All the money that was being spent on the war came back to the country. Suddenly everything changed so fast. The city that I loved was transformed by skyscrapers and freeways and smog and pollution. Even the one area that stayed clean eventually got polluted, which was the ocean outside of Santa Monica.

I felt like the rug of my homeland had been pulled out from under my feet. So I went further east into the mountains. They had not been touched at that time, and nature was still intact. I spent more and more time in the High Sierra and then continued further east to protected areas. But what followed me was development. No sooner would I leave a place to go to a cleaner place, that place would be assailed by a developer.

I guess that is why, in the very beginning, I joined the Natural Resources Defense Council (NRDC). The USA has always been a very development-oriented country. And they are going to keep developing even if they develop themselves to death. The NRDC had the power that other environmental groups did not have. They had a great voice to be raised. They have been made up of layers. They had the power to get results by going to the courts. That's why I got involved in the NRDC 40 years ago. 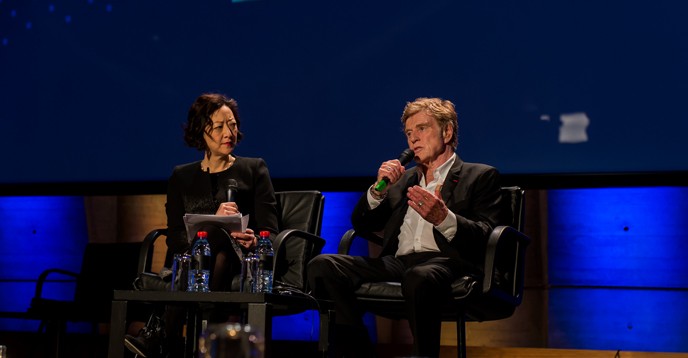 Since you are a storyteller, tell us a story that particularly impressed you during these 40 years.

Yes, I've been in this battle for a longtime. In the earlier years, there were mostly losses because of how the environment was treated by a lot of people in power. In those days the oil and gas and coal companies had huge power. They had the power because of the money they were making. They had the power to go lobby in Congress and convince weak congressional people to vote their way.

So it was a losing battle. You didn’t have a voice. The companies had the power to go against you, to ridicule you. For a long time, for example, they would say: "What does he know? He is an actor." Until Ronald Reagan killed that argument in 1981!

In the middle of the 1970s, we made a "60 Minutes" piece with the CBS anchor Dan Rather, to expose a power plant project in southeastern Utah. The show was very successful, the power plant project was abandoned, but I got punished toughly. There was stress on me, on my family. It was an ugly time.

But there was a donation that came from a kid who was 11 years old. He donated a dollar to the cause. He said: "Look, this is my future. I want to do what I can to protect it." That was a nice story.

I think we have taken a lot away of what we could give to them, because of this under-controlled development: this oil, coal, gas we have been digging and pumping and drilling for so long. We have destroyed a lot of the resources that should have been left untouched. So what we are leaving for future generations is not as much as we could have.

In order to protect the future, we have to let those people that will be part of the future have the reins. Say: OK we have done our part, now it's yours. Give them the reins. Don't try to dominate. We are too old for that.

We should give the reins to the young people. They are very concerned about the environment. They have the intelligence and the will and the passion to do something

about the environment, so let them act. Let them manage what is left on this Earth.