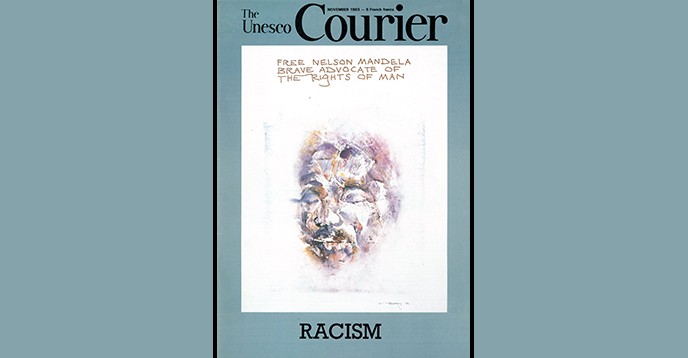 The Courier was the only journal Mandela read on Robben Island. The prison authorities, who were mostly, if not exclusively, Afrikaans-speaking, clearly considered the magazine to be harmless reading material for the prisoners. Mandela himself recounted this in September 1996 to the then Director-General of UNESCO, Federico Mayor, during their meeting in Pretoria. To give just one example, here is an extract from an article that Prisoner number 466/64 could read during his incarceration under the very noses of the watchful agents of the police state that was apartheid South Africa:  “Apartheid represents today the vilest form of modern slavery. UNESCO's patient but tenacious and vigorous action ties in with the struggle of the South African blacks themselves, who have shown that with the courage of revolt they have discarded fear and regained hope. If the international community is to remain true to itself, it must mobilize and act firmly in order not to disappoint that hope.”

Learn more about this extraordinary story in the article The only journal Nelson Mandela read on Robben Island, by Annar Cassam, published in the July-September 2018 issue of the UNESCO Courier.

With this selection of articles and special issues, the Courier pays tribute to Nelson Mandela, on the centenary of his birth (18 July 1918).

Nelson Mandela, a giant of our time, by Tahar Ben Jelloun, November 1995

Apartheid: the beginning of the end, February 1992

Learn more about racism and apartheid in the UNESCO Courier

Other documents from the UNESCO Archives: 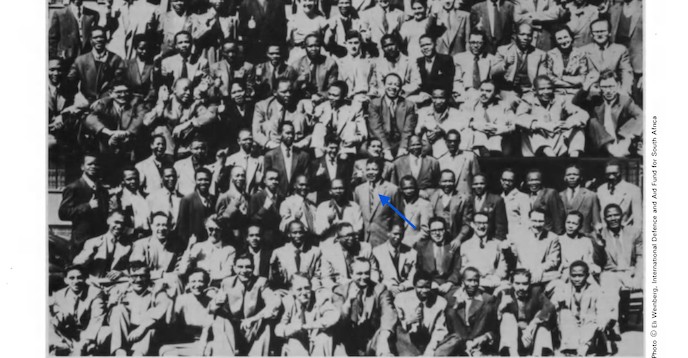 In December 1956, 156 people were charged with high treason, in South Africa. Among them: Nelson Mandela. Detail from a photo published in the Courrier, November 1983.

Many other articles on apartheid are available in other issues. Do a keyword search to find them.