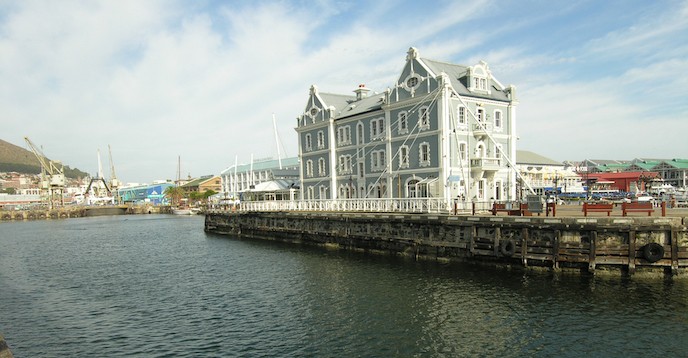 Africa has gradually embraced the World Heritage concept, which advocates for the protection of cultural and natural heritage of outstanding universal value. This is a milestone in augmenting national efforts in preserving heritage on the continent.

It is important to note that 15 World Heritage sites in Africa (for a total nuber of 93, in 2018) are placed on the List of World Heritage in Danger due to threats from extractive processes (mineral and oil exploration), armed conflict, acts of terrorism, climate change, poaching, and uncontrolled rural and urban expansions.

In order to address the challenges faced by African States Parties in the implementation of the 1972 World Heritage Convention, specifically the underrepresentation of African sites on the World Heritage List, the insufficient conservation and management of the sites, and related human capacities, a UNESCO Category II Centre has been established in 2006: the African World Heritage Fund (AWHF).

Since then, AWHF has made tremendous achievements in establishing an endowment fund supported by African Governments, individuals and other partners, capacity building in implementing the Convention, increasing the number of sites inscribed from Africa, in-situ conservation projects, heritage thematic discussions, political support for heritage, publications and promoting dialogue in Africa. 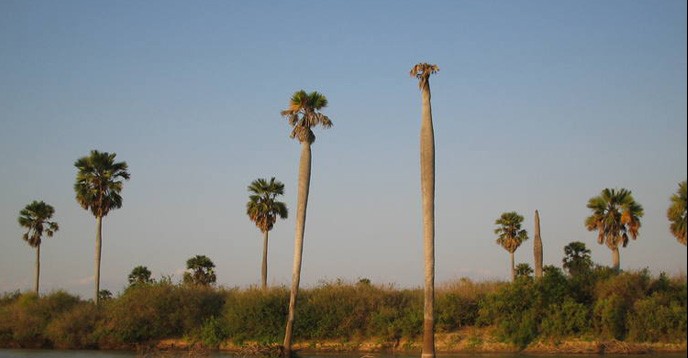 While the number of World Heritage sites inscribed from Africa is gradually increasing, the relationship between conservation and socio-economic development at these sites has become a topical issue over the years. Africa requires pragmatic, sustainable and stakeholder driven solutions to address socio-economic needs, while upholding the principles of conservation remains important.

Socio-economic development often takes place either within or outside the boundaries of places inscribed as World Heritage sites, for example: the coal extraction, commercial farming, and the associated water abstraction outside Mapungubwe Cultural Landcape (South Africa), uranium extraction in Selous Game Reserve (Tanzania), tourism activities (e.g. Fort Jesus-Kenya, St Elmina Castle and Cape Coast in Ghana), and many other initiatives.

It is generally agreed that World Heritage has not been sufficiently harnessed for contributing to socio-economic development, especially in developing nations. Principles of sustainable development should be applied in the process. In the last two decades, a series of regional and international meetings, workshops and conferences have set theoretical principles, practical recommendations and a trajectory path on aligning conservation and sustainable development at heritage sites for the benefit of local communities. In addition, the African Union Agenda (AU 2063), referred to as the “Africa We Want”, is advocating for an increased role of young people and women in heritage issues towards creating a self-sustainable continent.

Local community involvement is an integral part of this engagement in the broader matrix of the multiple and multi-layered stakeholders of any heritage site. The RIO+20 recommendations recognise that people are at the centre of sustainable development. Therefore, the youth have an equal right to debate these issues at policy and operational levels. Such debates are now characterised by deepening differences of opinion, largely based on international perspectives, which are devoid of local opinions in which this development is needed. Local voices, in particular from the youth of Africa, have not been projected very well in the discussions, yet they are future custodians of heritage.

The Regional Youth Forum is one of UNESCO's most successful educational programmes. Its main objective is to generate awareness and capacity building activities that enhance the visibility of the World Heritage Convention. It also seeks to facilitate greater empowerment, inclusion and involvement of young people in World Heritage conservation.

Stimulating youth involvement in entrepreneurship activities at World Heritage sites is critical to bringing direct economic benefits to local communities living in and around World Heritage properties. The Youth Forum is thus a platform for addressing contemporary socio-economic needs in a sustainable manner. It allows the youth to have a fuller understanding of the ethical dimensions of heritage, as a catalyst of development, as well as influence the future strategic direction of AWHF.

A World Heritage site with a ‘hybrid status’

Robben Island World Heritage site is a befitting host for this Regional Youth Forum given its significance as a multi-layered cultural landscape covering periods of banishment, subjugation, suffering, imprisonment and the freedom of human spirit stretching from the 1500s’ through to 1990s’. It symbolises “the triumph of human spirit over great adversity and injustice” in the fight against apartheid, which came to end in 1994. The constant layering and over layering of values is the overriding and consistent factor in defining the significance of the island, how it should be managed and who should be involved.

As management authority, Robben Island Museum (RIM) is expected to maintain the attributes conveying the island’s outstanding universal value through implementing good practices in conservation. It is a ‘hybrid heritage institution’ with multiple and seemingly conflicting mandates: managing Robben Island as a World Heritage site and as a tourist destination, but also meeting the socio-economic needs of people connected to the island.

The site is a popular domestic and international tourist destination, and as part of the ‘Big 7 of Cape Town’ (Cape Point, Groot Constantia, Kirstenbosch, Cape Town walk, Table Mountain and V&A Waterfront), and attracts a large number of international and local visitors. All this is supported by a marine operation connecting the mainland and the island. At Robben Island, great care is taken to control the number of visitors per day through a scheduling process, including ensuring harbour safety and standards are maintained all the time, as well as following approved tour routes to avoid impacting on sensitive areas of the island. However, the issue of running so many buses and vehicles on the island is not helping our efforts in reducing carbon footprints, neither is the diesel power plant. Robben Island is now in the process of reducing diesel emissions by introducing alternative sources of energy such as solar panels, as well as redeveloping the tour model to include eco-tours.

The people connected to the island who need special treatment are in particular the Ex-Political Prisoners’ (EPPs), the descendants of leaders banished to the island for resisting Dutch occupation, the lepers isolated as socially unacceptable members of the community, and the 2nd World War veterans who policed the defence line for South Africa. The EPPs cannot be divorced from the social memory of the Island given their sacrifice for freedom. Meeting the socio-economic needs of these groups has become a priority. For example EPPs are offered a free trip for six people of their choice to the island, and in addition RIM provides a funeral grant to their families.

Protecting and developing all at once

The paradox is that heritage sites are expected to augment decreasing annual government grants through sustainable development initiatives, but at the same time uphold ‘virtues’ of conservation. Meeting the socio-economic needs of local communities in a sustainable manner should be a vehicle for conservation in Africa. For example, extractive industries have been supporting research, and documentation of heritage is part of complying with environmental and heritage impact assessment protocols.

The question that arises is: What are the acceptable socio-economic initiatives that can be implemented without compromising the authenticity and the integrity of a site? The ‘hybrid status’ of Robben Island provides both opportunities and challenges for sustainable development. The emerging relationship between conservation and socio-economic development is critical in supporting the national development of South Africa, and similarly in any other African country.

Heritage institutions can achieve operational sustainability through implementing sustainable development initiatives that directly benefit conservation. Cradle of Humankind in South Africa have successful developed the site for tourism and supportive infrastructures developed by the local communities (guest lodges and restaurants in and around the site). It has created direct jobs in guiding and servicing visitors at the museum and visitor centre facilities. Also, they have a very successful curio shop, conference halls and water based activities that attract visitors. At St Elmina Castle in Ghana, adaptive reuse has witnessed slave facilities being used for conferences without altering the facades or structurally changing anything. Similarly, one such space adapted for use is the Medium B prison at Robben Island (formerly a prison for Common Law convicts). It is now a Multi Purpose Learning Centre (MPLC) with dormitories, which were once cells, a lecture hall, a resource centre, dining hall, art studio and breakaway rooms. This is an example of sustainable development and adaptive re-use at a heritage site without destroying the significance of the site. The MPLC is now a space for the participants to grapple and debate heritage issues.

Heritage institutions are now confronted not only with purely conservation and economic issues, but also with the growing complexities and dynamics of the social context in which they operate. Heritage is becoming a driver or catalyst for socio-economic development in Africa. Thus, the multiple and multi-layered stakeholders of heritage sites have to become informed decision makers on issues of conservation and development.

After having held different positions in the field of heritage management, archaeology and museology at the National Heritage Council of South Africa, the International Council of African Museums (AFRICOM) and the National Museums and Monuments of Zimbabwe, Pascall Taruvinga was appointed in 2013 Chief Heritage Officer for Robben Island World Heritage Site. He has published refereed papers on archaeology, rock art, and community participant and heritage management.