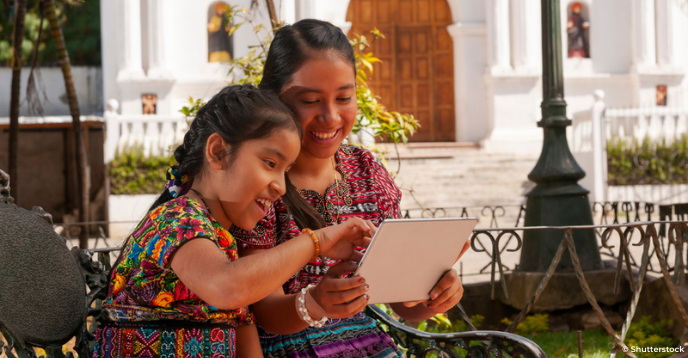 By the end of the century, around half of the approximately 7,000 languages spoken in the world today could disappear, according to the 2021 UNESCO World Report of Languages: Towards a Global Assessment Framework for Linguistic Diversity, released in May.

The internet, which is now the primary way of sharing information, has a key role to play in promoting multilingualism. In this area, the situation has changed considerably.

From once dominating the web, English now represents just one language in an online linguistic elite. The relative share of English in cyberspace has shrunk to around thirty per cent, while French, German, Spanish and Mandarin have all pushed into the top ten languages online.

Some of these have seen a meteoric rise – Mandarin, for example, grew by over 1,200 per cent between 2000 and 2010. Access to devices and sources is not the only issue. Estimations indicate that nearly forty-three per cent of the world’s languages and dialects are unwritten – posing another challenge for the way they could fit into the often text-based online world.

The World Report and the accompanying online platform, the World Atlas of Languages (WAL), present a new, in-depth assessment of the world's linguistic diversity. The online platform constitutes a comprehensive database of all the world's languages, including sign languages, which can be consulted by educational and scientific institutions, libraries, archives and the general public. 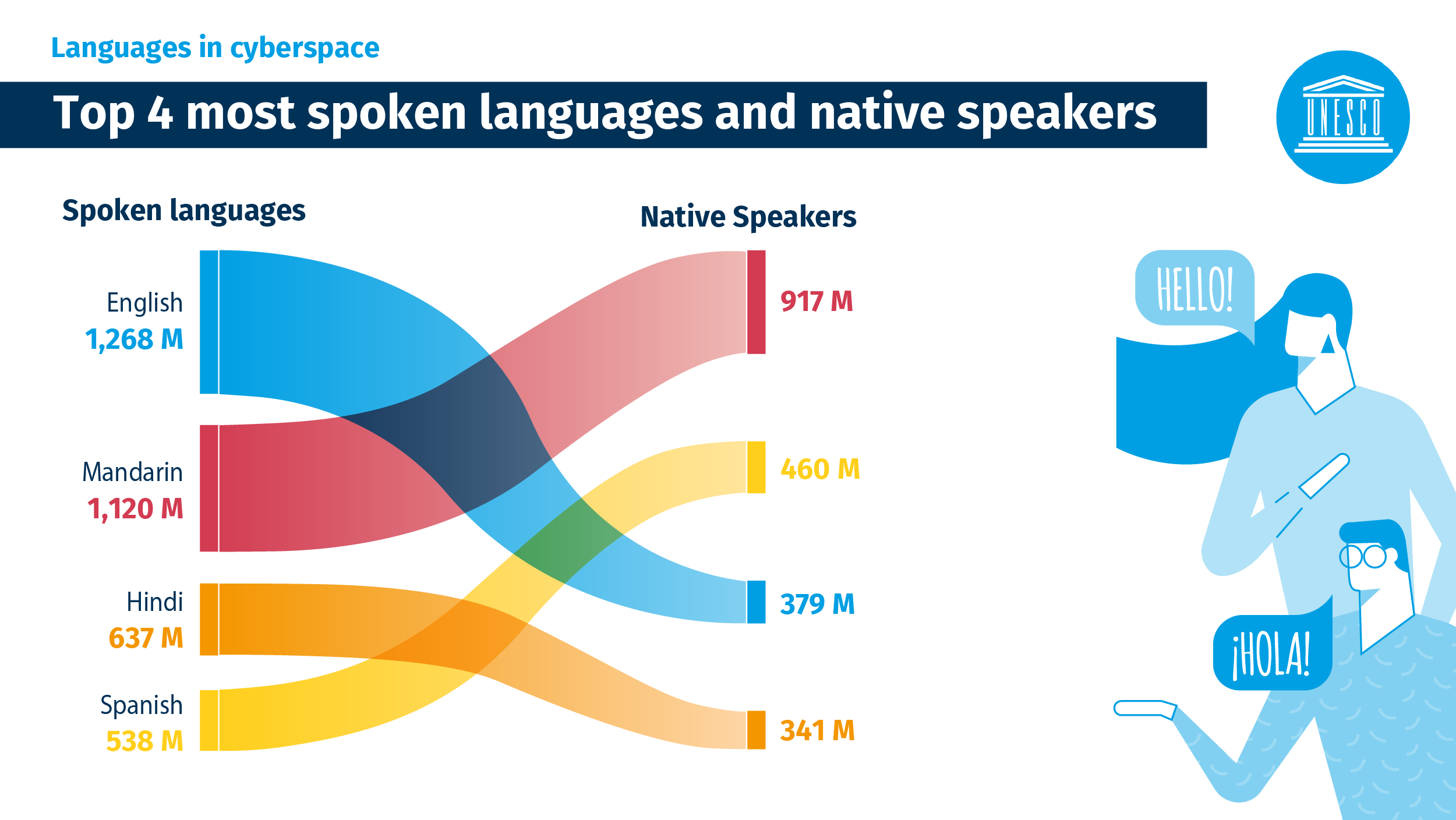 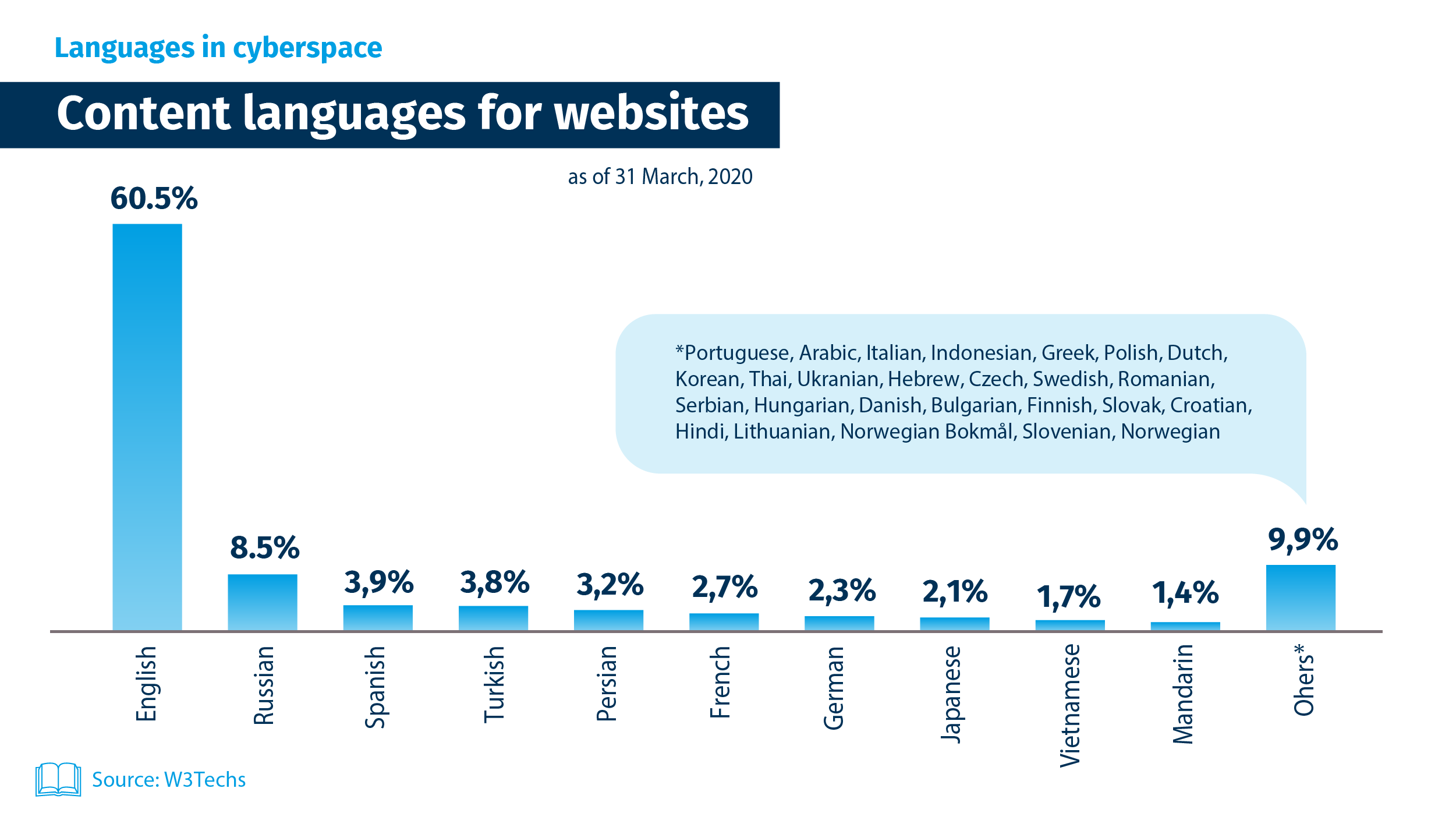 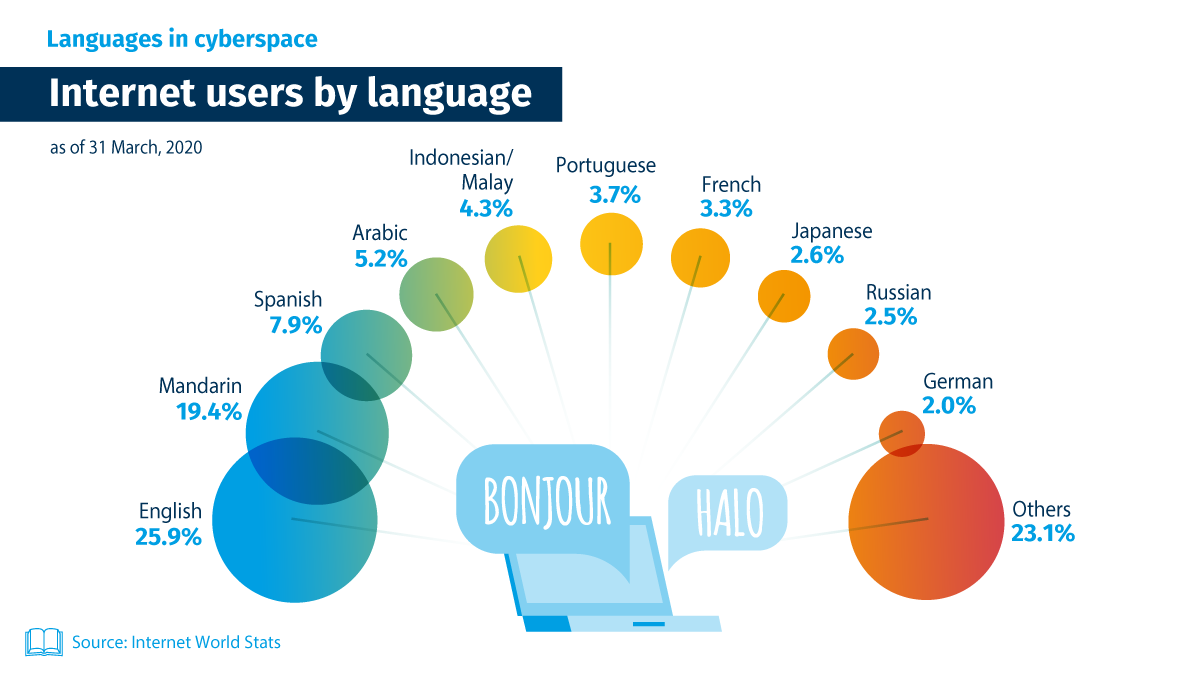 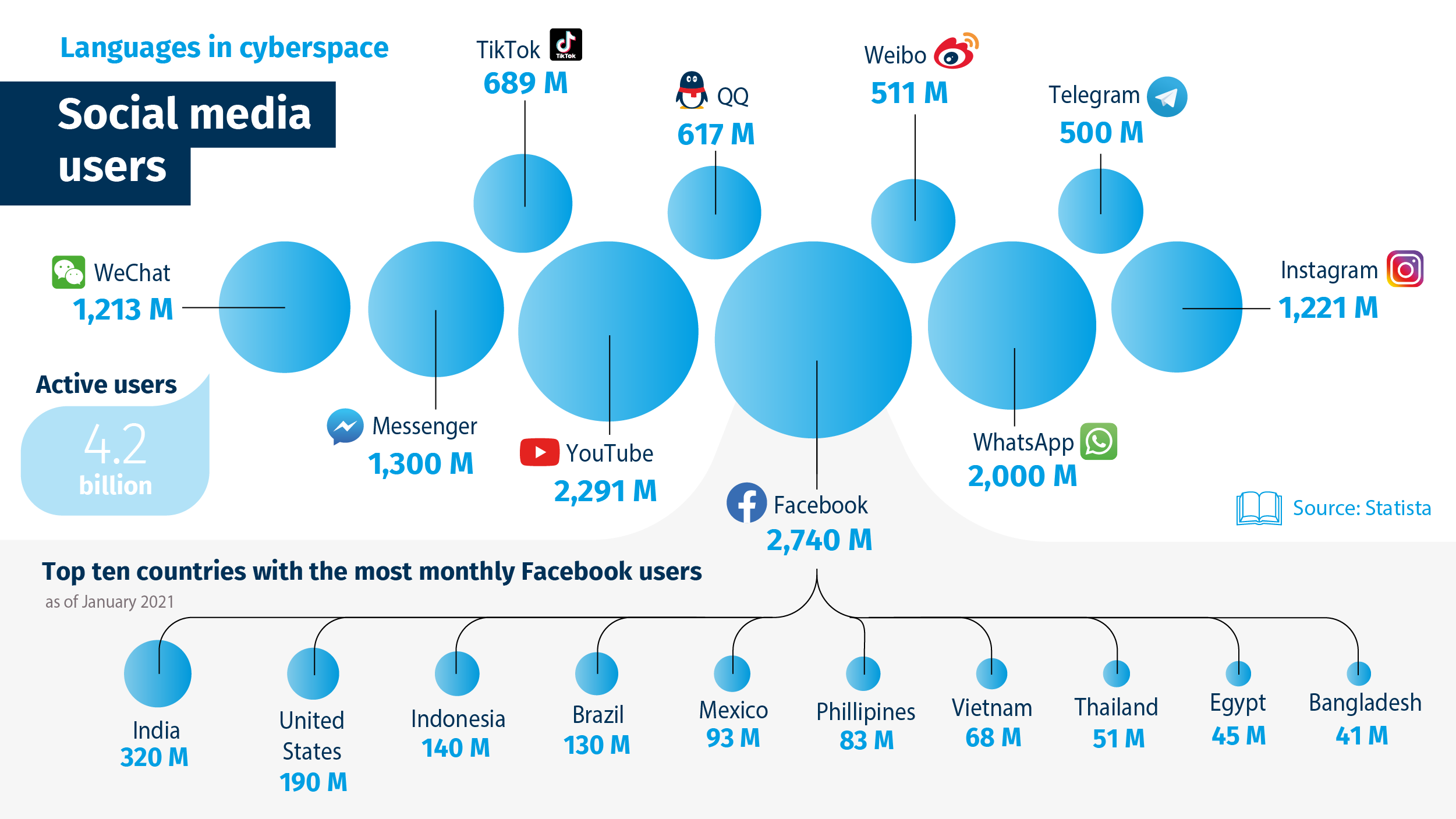 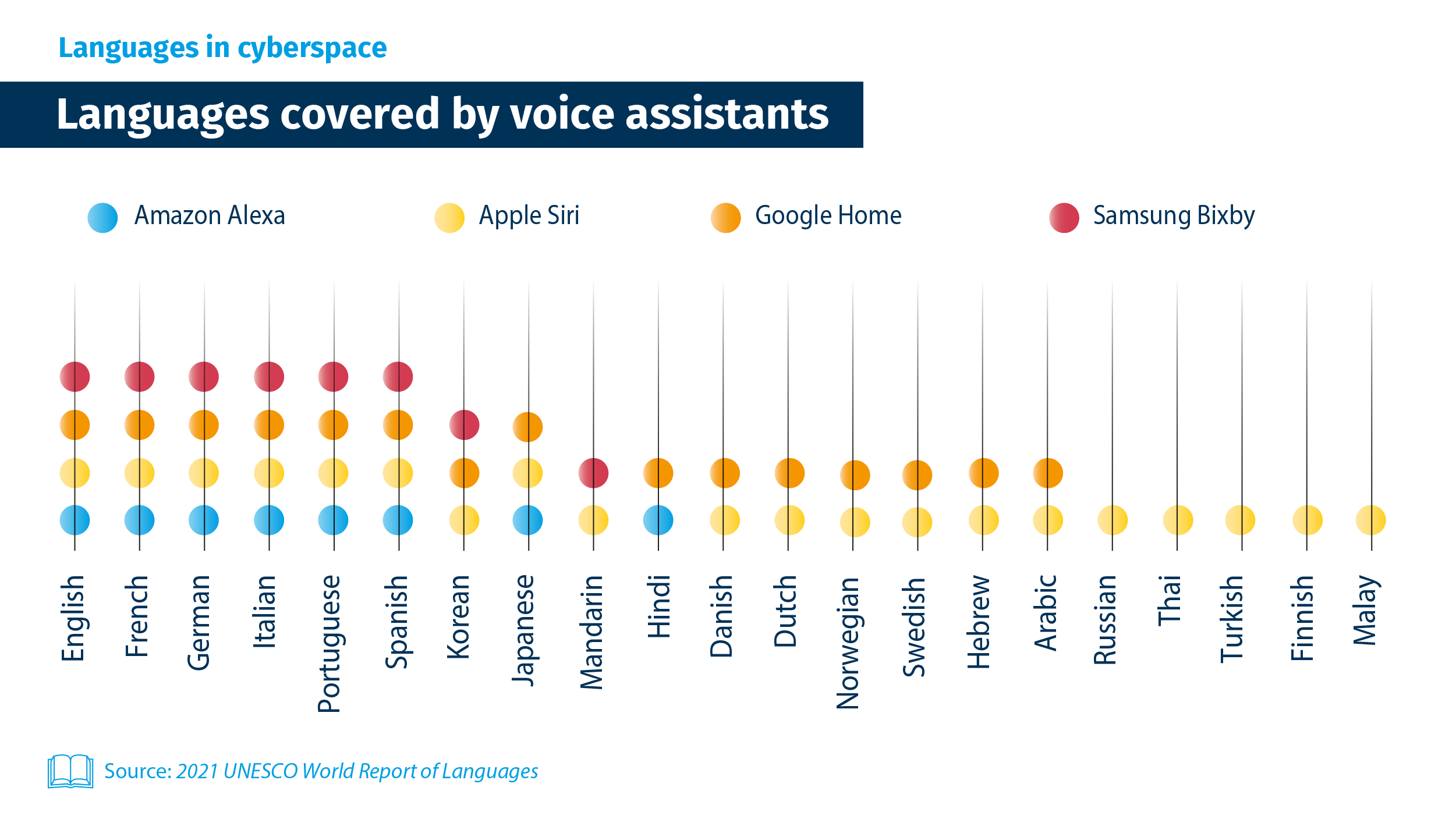