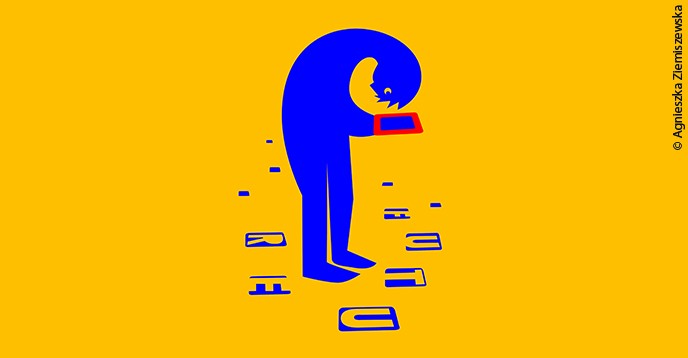 “I was 20. I won’t let anyone say those are the best years of your life.” This phrase of French writer Paul Nizan (1905-1940) has a striking resonance today, one year after the Covid-19 pandemic – and the unprecedented constraints on freedom that came with it  – started.

What does it mean to be 20 years old in a world where travel is restricted, learning is at a distance, relationships and friendships are blocked, and professional horizons are blurred? At the age when connections with the world and with others are being forged, the under-25s – who represent nearly forty per cent of the world’s population – are seeing their dreams being seriously dented by the health crisis.

As early as April 2020, a report from the International Labour Organization (ILO), Youth & COVID-19: Impacts on jobs, education, rights and mental well-being, found “the impact of the pandemic on young people to be systematic, deep and disproportionate. It has been particularly hard on young women, younger youth and youth in lower-income countries.” Not surprisingly, the report – which surveyed 12,000 young people from 112 countries – also highlights their concerns about their future and their place in society.

It is true that employment prospects have become much gloomier as the crisis has dragged on. While the pandemic has affected all employees worldwide, 18-25 year-olds have been harder hit economically than their elders. According to figures published by the ILO in January 2021, global job losses for adults caused by the pandemic are 3.7 per cent – but 8.7 per cent, almost triple that number, for young people.

This anxiety-provoking situation, combined with feelings of isolation, insecurity, and the lack of short-term prospects, has put a strain on the mental health of under-25s. In Latin America and the Caribbean, a recent poll of young people revealed that over a quarter of them felt anxious, while fifteen per cent said they were depressed (UNICEF U-Report).

So, will the pre-crisis Generation Z become the sacrificed generation? It’s not clear. Although it is too early to predict the effects of the pandemic on the lives of the very young, it is already apparent that – in spite of the constraints imposed by life under the crisis – they are showing real resilience. Everywhere, they have started initiatives aimed at providing responses to the crisis – dealing with the emergency, fighting misinformation, and joining together in solidarity – as reflected in the UNESCO campaign My Covid-19 Story #YouthOfUNESCO, launched in April 2020.

During this ordeal, social networks and the internet – the indisputable markers of this hyper-connected generation – have enabled these “digital children” to create links, make their voices heard, and to serve as sounding boards for their anger and frustrations. But it has also fuelled their creativity and commitment – in particular, for the protection of the environment and the fight against climate warming, which top their list of concerns, along with the fight against racial and sexist discrimination.

It is certainly too early to distinguish between changes brought about by the crisis, and the trends that were already underway. But by demanding a fairer and more environmentally respectful world, today’s youth already have one foot firmly planted in the world after the pandemic.