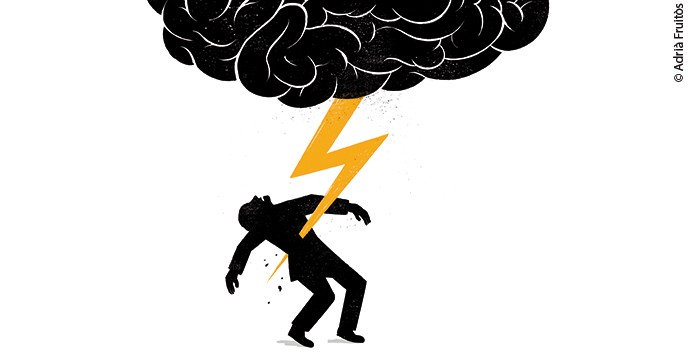 Situations of societal crises may trigger conspiracy thinking in some individuals, but this does not fully explain the flourishing of conspiracy theories. The existence of an antagonistic outgroup that is deeply distrusted and despised often provides a convenient scapegoat during societal upheavals such as a pandemic, a terrorist strike, or a lost election, the author argues.

Jan-Willem van Prooijen
Associate Professor at the department of Experimental and Applied Psychology of VU Amsterdam, and Senior Researcher at the Netherlands Institute for the Study of Crime and Law Enforcement (NSCR).

When an outraged crowd of supporters of Donald Trump – who was then president of the United States – stormed the Capitol building in Washington DC on 6 January 2021, they were motivated by the conspiracy belief that the country’s presidential elections had been stolen from them.

In the Netherlands, restrictive measures – particularly the implementation of a curfew –  to fight the Covid-19 pandemic elicited violent protests in January 2021, that included riots and the destruction of property across the country. Many of these protesters endorse conspiracy beliefs assuming that the government has nefarious motives, such as exaggerating the dangers of the coronavirus to suppress the people, or imposing forced vaccinations with mysterious substances that facilitate mind control.

What role do conspiracy theories play in polarization and radicalization? One often-cited research finding is that societal crisis situations trigger increased conspiracy thinking among otherwise well-functioning citizens, who show no sign of pathology. When people experience distressed feelings – such as uncertainty about the future, a lack of control, or anxiety – their natural response is to increase their mental efforts to make sense of, and hence understand, their physical and social environment. This response has had survival value in our evolutionary history, as a motivation to understand the nature and origins of threatening stimuli increases people’s capacity to effectively anticipate such threats.

But while this process is part of the puzzle, it is also insufficient to fully explain conspiracy thinking. Societal crisis situations do not indiscriminately lead to conspiracy thinking. When the 9/11 terrorist strikes happened in New York in September 2001, certainly many citizens believed in conspiracy theories that the event was an inside job of the US government. Many other citizens stood firmly behind President Bush, however – who, at the time, had the highest approval ratings ever recorded for a US President.

At least one additional factor which is necessary for increased conspiracy thinking to take hold is the existence of an antagonistic outgroup – a societal group that a perceiver deeply distrusts and despises. Such a group provides a convenient scapegoat that enables an easy and straightforward way to make sense of a societal crisis situation such as a pandemic, a terrorist strike, or a lost election. The whole situation was deliberately caused by “them”; a malevolent and criminal plot of this evil group. In a way, the existence of such a scapegoat can even be comforting. It is difficult to prepare and defend oneself against bad luck (or an invisible enemy such as a virus), but one can prepare and defend oneself against a clearly identifiable hostile group.

One might object that citizens often endorse conspiracy theories about their own government – the leaders of their own nation, and hence part of their own group. How people categorize others into social groups is subjective, however, and possible at various levels of analysis. Within their own country, citizens are likely to perceive different subgroups – based on ethnicity, soccer team affiliation, city of residence, and so on – and they do not identify with all of them. One’s own government arguably is one of these subgroups, and citizens do not necessarily feel represented by it.

The combination of societal crisis situations and antagonistic outgroups helps explain conspiracy theories, and their relationship with polarization, throughout history. During the 1918 Spanish flu pandemic, a common conspiracy theory in the United Kingdom and the US was that the flu virus was a bioweapon, deliberately designed to kill people. Citizens specifically believed that this “bioweapon” was engineered by the Germans – their enemy group in the First World War.

Conspiracy theories are particularly likely when crisis situations and antagonistic outgroups co-occur. Explaining a complex crisis situation becomes easier when there is someone to blame. People start pointing fingers at different groups – sometimes suspecting the very groups that are sorely needed to resolve a crisis. For instance, many Covid-19 conspiracy theories accuse pharmaceutical companies of not being transparent about the true ingredients, or side effects, of the coronavirus vaccines.

A threat to democracy

But interestingly, also without crisis situations, people sometimes accuse other groups of conspiring. The Apollo moon landings, for instance, were not a crisis situation. They were a testimony to human accomplishment, courage, and scientific progress. Yet, this was an impactful and salient societal event that many people sought to make sense of. The moon landings therefore stimulated many conspiracy theories among people who had a deep-rooted distrust in the US government or NASA. Even up to this day, a sizeable number of people believe that they were staged in a TV studio. In a 2019 survey, eleven per cent of US citizens believed that the moon landings were faked.

These varied examples illuminate the relationships between conspiracy theories, polarization, and radicalization. When people polarize, they not only become more strongly entrenched in their own beliefs about pressing societal issues – such as the Covid-19 pandemic, immigration, climate change, and so on – they also see sharper distinctions with groups of people who hold different beliefs about these issues.

Conspiracy theories provide a narrative that demonize these other groups by ascribing evil intentions, criminal action, and destruction to them. Hence they turn other groups into “enemies”, making radical action against them seem legitimate.

For instance, many of the Dutch anti-lockdown rioters likely believed that they were standing up against a bad-intentioned government that tried to curtail citizens’ freedom. In their minds, the ends justified the means, and violence was the only remaining option to resist their powerful enemy.

Indeed, in the short run their conspiracy theories may have made the rioters feel special and important. As a select group of citizens who believed they truly understood the dangerous deception of their government, they were willing to fight against it.

These events underscore the perils of conspiracy thinking, for both society and the perceivers themselves. By fuelling polarization, conspiracy theories can stimulate radical action, and undermine the democratic institutions that were designed to help and protect these citizens.