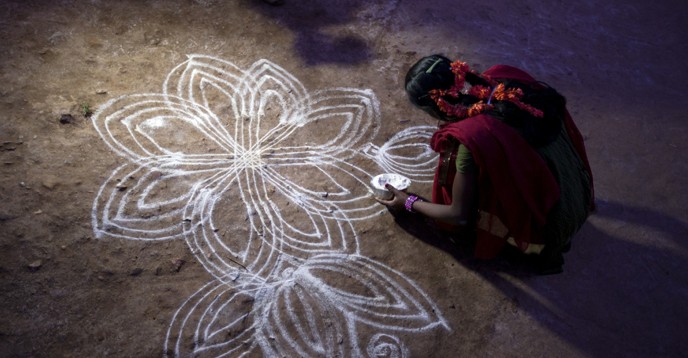 Culture is who we are, and what shapes our identity. Placing culture at the heart of development policies is the only way to ensure a human-centred, inclusive and equitable development.

Within the framework of the Sustainable Development Goals (SDGs) adopted in September 2015 by the United Nations, the international development agenda refers to culture for the first time. This has been lauded by UNESCO as “an unparalleled recognition”. The safeguarding and promotion of culture is an end in itself, and at the same time it contributes directly to many of the SDGs — safe and sustainable cities, decent work and economic growth, reduced inequalities, the environment, promoting gender equality and peaceful and inclusive societies. The indirect benefits of culture are accrued through the culturally-informed and effective implementations of the development goals.

The SDGs enshrine a conceptual shift in thinking about development beyond economic growth — envisioning a desirable future that is equitable, inclusive, peaceful, and environmentally sustainable. This bold vision demands creative approaches, beyond the typical linear and sectoral ones that most countries have been used to in recent decades.

If the SDGs are grouped around the economic, social, and environmental objectives as the three pillars of sustainable development, then culture and creativity contribute to each of these pillars transversally. The economic, social, and environmental dimensions of sustainable development, in turn, contribute to the safeguarding of cultural heritage and nurturing creativity.

Cultural heritage — both tangible and intangible — and creativity are resources that need to be protected and carefully managed. They can serve both as drivers for achieving the SDGs as well as enablers, when culture-forward solutions can ensure the success of interventions to achieve the SDGs.

Culture has a crucial role to play in SDG 11 : Make cities and human settlements inclusive, safe, resilient and sustainable. Target 11.4 calls for strengthening efforts to protect and safeguard the world’s cultural and natural heritage.

UNESCO’s work has addressed this goal even before its formal introduction in 2015. From the Hangzhou Declaration: Placing Culture at the Heart of Sustainable Development Policies adopted in May 2013 [at the international congress organised by UNESCO in Hangzou, China] to the Hangzhou Outcomes adopted in December 2015, the emphasis on people-centred cities has remained firm, and contributed to the development of the United Nations New Urban Agenda. 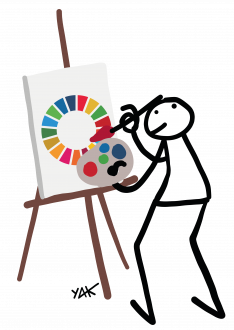 The Agenda, which provides a twenty-year roadmap to guide sustainable urban development and aims to transform the world’s cities, was officially adopted by all countries at the Habitat III meeting held in Quito, Ecuador, in October 2016. UNESCO also launched its Culture: Urban Future report that presents a global overview of urban heritage safeguarding, conservation and management as well as the promotion of cultural and creative industries.

An example of this is the adaptive reuse of abandoned and damaged buildings in Nablus, Palestine, which has benefited local communities. The ancient caravanserai of Khan Al Wakala was transformed into a mixed-used public space for events and cultural activities. Such efforts empower local communities and strengthen the local economy. By bringing together diverse individuals and groups for the development of a project, they also foster social cohesion (SDG 17 : Revitalize the global partnership for sustainable development).

Tourism is a rapidly growing economic sector, both within the country or region and around the world. Cultural tourism accounts for 40 % of world tourism revenues. These have a direct positive impact on SDGs across the board, and especially on SDG 8 : Decent work and economic growth. Cultural heritage that is carefully managed attracts tourism investment in a sustainable way, involving local communities without damaging heritage areas (Learn more about The UNESCO World Heritage and Sustainable Tourism Programme).

Creative industries and cultural infrastructure are valuable resources for generating livelihoods. This is especially true in developing countries that have a wealth of creative industries. Furthermore, a substantial percentage of those employed in culture sector activities are women  (SDG 5: Gender equality).

Strengthening trade in cultural goods and services provides impetus for local and national markets, which in turn provides employment opportunities for decent work (Targets 8.3 and 8.5 of SDG 8) and promotes local production. Cultural policies that promote preferential treatment in trade for locally-produced goods contribute to reducing inequalities within and among countries (SDG 10 ).

An illustration of this is the work of the Teatro Argentino de La Plata in Buenos Aires, which provided vocational training to 610 unemployed youth and adults on stage management and other performing arts skills. Funded by the International Fund for Cultural Diversity (IFCD) , the project helped students to enhance their skills so they could find jobs and become entrepreneurs.

Urban areas rich in cultural heritage and with a vibrant creative sector are more attractive for businesses. Promoting inclusive and sustainable economic growth through employment in culture and creativity encourages decent work. The economies of some cities draw significantly on intangible heritage such as crafts, music, dance, visual arts, traditional cuisine, and theatre, that are often an integral aspect of historic urban areas. 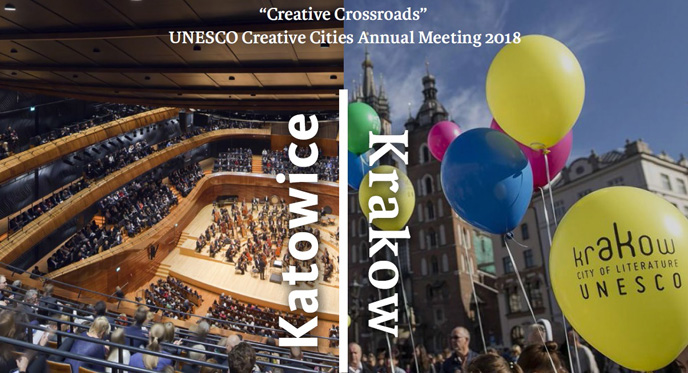 Medellín, Colombia’s second-largest city and part of UNESCO’s Creative Cities Network, is an example of how music has given new momentum to the city, using culture, education and innovation. Besides strengthening civic culture, social equity and peace, especially for its youth, the city attracts thousands of tourists and generates income and employment through a range of music events and a popular music market.

Interventions for human development in areas such as SDG 3 : Health and well-being, and SDG 4 : Quality education, are most effective when they are responsive to the cultural context and the particularities of a place and community. Culture is noted specifically in Target 4.7 (SDG 4), which calls for education to promote a culture of peace and non-violence , an appreciation of cultural diversity, and of culture’s contribution to sustainable development.

Culture has an obvious correlation with climate action (SDG 13). Several traditional occupations and crafts draw on local knowledge of ecosystem management, natural resource extraction and local materials (Learn more about indigenous people and climate change). As many of them require lower levels of technology, energy, and investment, they help to generate sustainable livelihoods and contribute to green economies (Read more on Climate Change and World Heritage ). 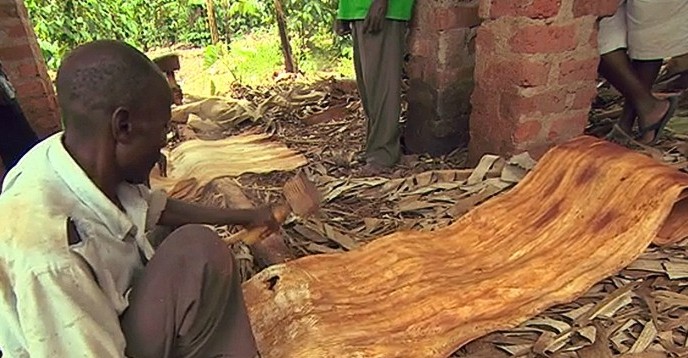 Barkcloth making: inscribed in 2008 on the Representative List of the Intangible Cultural Heritage of Humanity.
© All Rights Reserved

In Uganda, a project to safeguard intangible heritage trained craftspeople, especially youth, in the ancient craft of barkcloth making. The project also established the sustainable practice of using the indigenous and ubiquitous Mutuba trees, which had been neglected due to civil wars in the region.  Such an effort furthered environment goals and ensured income generation, besides safeguarding the intangible heritage element of bark-cloth weaving.

The framework for the 2030 Agenda, in spite of all the references to culture, has not adequately recognized culture’s significant contribution to the implementation of the SDGs. The precise role and impact of culture on sustainable development needs to be systematically studied, measured, and operationalized. As the implementation of the SDGs moves forward, further work is necessary to build a systematic and measurable evidence base to demonstrate each of the contributions of culture to sustainable development.

An architect, planner and culture specialist, Jyoti Hosagrahar (India) is Director, Division for Creativity in the Culture Sector at UNESCO, where she oversees, among other things, the integration of culture in the implementation of the UN 2030 Agenda. Prior to joining UNESCO she was a professor at Columbia University in New York and UNESCO Chair professor at Srishti Institute in Bangalore, India.