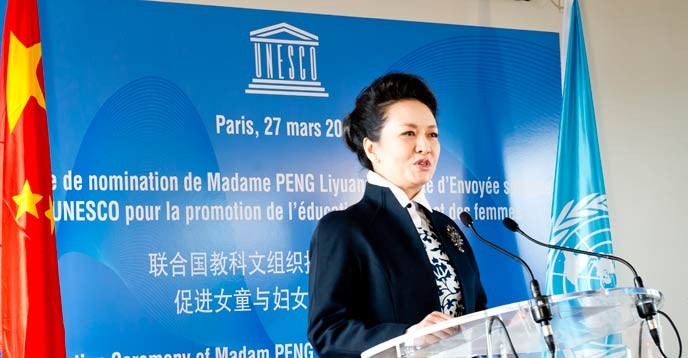 Madam Professor, your action in favour of gender equality in education is universally recognized today. How long have you been on this path and what was your initial personal motivation?

My passion for education has a lot to do with my father. Back in the 1950s, education was woefully lacking in rural China. Many people, women in particular, were illiterate. My father was the headmaster of a night school in his village, in charge of the literacy programme. He devoted himself entirely to the job. With his help, many villagers learned to write their names and read newspapers and books for the first time. The best thing was that some mothers, after attending my father's school, were able to teach their children to read and write. Ever since I was a little girl, I have been inspired by my father, even more so after I became a teacher and mother myself.

Gender inequality is deeply entrenched in every society. Women remain the vulnerable group in many places and account for 70% of the world's population living in poverty. Nearly two-thirds of illiterate adults are women. More girls drop out of school than boys. Women often lack the ability to take their destiny into their own hands and have to endure many hardships in life. Women, more than anyone else, aspire for equality and respect. All these factors have prompted me to do what I can to promote girls’ and women’s education.

As UNESCO Special Envoy for the Advancement of Girls' and Women's Education, what is your vision of education aimed at reducing gender inequalities?

Girls’ and women’s education is a lofty and important cause. At the UNESCO headquarters in March 2014, I received from Director-General Bokova the certificate of UNESCO Special Envoy for the Advancement of Girls’ and Women’s Education. It was a great honour and a tremendous responsibility. Ensuring that women and men have an equal opportunity to realize their potential is essential to driving social progress, gender equality and sustainable development. In this context, education has a key role to play. Equality of education includes equality of opportunity, process and outcomes. Our goal is for women and men to have equal access to education and equal treatment during the process of education so that they will enjoy equal opportunity in admission to universities, employment and social recognition. I will do my level best to help realize this goal.

What is your Special Envoy programme? Could you give us some examples of what you have done to promote girls’ and women’s empowerment, and what are the results?

Since becoming Special Envoy in 2014, I have visited many schools, youth organizations and institutions for women’s development in Africa and Asia to see the situation on the ground, seek ideas and strength from them and share experience. At advocacy events, I often emphasize the importance of female teachers and girls’ and women’s education. At the UN Global Education First Initiative high-level event, for instance, I called on all countries to attach greater importance to promoting equality and quality in education.

In China, there is a project called "Spring Bud” to help poor girls return to school. Since its launch in 1989, it has assisted 3.42 million girls, set up 1,489 schools with its donations, provided skill training to 523,000 girls and drafted and distributed 1.5 million pamphlets on girls’ protection. As a special envoy of the project, I visited a summer camp for girls who had previously been unable to go to school. And it was heartening to see how happy and versatile the girls had become thanks to the help they got from the project.

Here’s the message I wish to send: equal access to education is the foundation for being a well-rounded person and living a meaningful life. It is a crucial factor in making sustainable development possible. I am convinced that life is full of possibilities for every girl and woman, as long as we keep our dreams alive and come up with the courage and strong will to fulfill them.

A new international prize for girls' and women's education, financed by the Chinese government, was launched in 2015. What are its objectives?

The UNESCO Prize for Girls’ and Women’s Education proposed and sponsored by the Chinese government is the first and currently the only prize UNESCO has established in this field. The aim is to encourage more people to be part of this endeavour by rewarding those individuals and institutions who make outstanding contributions to girls’ and women’s education. At the first awards ceremony in Beijing in 2016, I met with the laureates from Indonesia and Zimbabwe. They and the institutions they represent have done many concrete things to promote women’s education, which is truly admirable. It is they and many others as devoted and hard-working as them who have made our world a better place. I wish to pay high tribute and express deep appreciation to them.

What does it mean to you to be a teacher?

China has a long tradition of respecting teachers and valuing education. Han Yu, a famous writer in the Tang Dynasty (618-907) reckoned that a teacher’s duty was to “pass on knowledge to students, teach them how to live and answer their questions”. For students, a good teacher helps them find the right path in life by not only imparting knowledge and ideas, but also inspiring wisdom and passion. For society, a good teacher sows the seed of kindness, integrity and peace. I believe it is important for a teacher to keep learning, stay creative and constantly improve his or her competence. A good teacher should have the ability to cultivate a wholesome personality and build sound character within the students through the power of virtue, culture and art. It is important to respect the students, be accommodating and understanding to them and teach by example, so that the students will learn to be kind, tolerant and generous, thus preparing them well to serve society in the future. 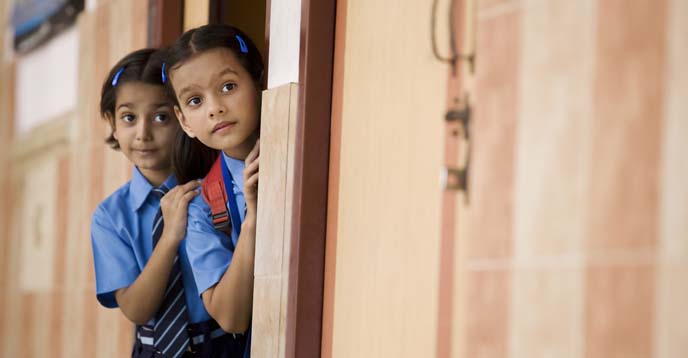 China has emerged as a champion of the Global Education First Initiative. Which aspects of the Chinese educational policy do you consider the most important?

In China, promoting education equality and ensuring equal access to education for all is a basic national policy. By adopting laws and policies as well as such measures as providing funding for students in difficulty and school feeding programmes, China ensures the right of girls and women to education. China has issued the National Education for All Action Plan (2001-2015) and monitors its progress in typical localities. Every five years, China issues separate national outlines for women’s and children’s development, setting the goal of ensuring equal rights for women in health, education and economic development by 2020, as well as the steps towards this goal. The government has made it clear that in all its education-related work, gender equality must be ensured so that women and girls have equal rights and opportunities in education and move on to receive higher levels of education. China has met the MDG [Millennium Development Goals] on gender equality in education. The ability of Chinese women to determine their own fate and participate in development has been notably enhanced.

China has also actively expanded external cooperation and assistance in education. In 2015, at the Global Leaders’ Meeting on Gender Equality and Women’s Empowerment, President Xi Jinping pledged $10 million for the implementation of the Beijing Declaration and its Platform for Action and the realization of the related goals in the 2030 Agenda for Sustainable Development. China has also supported other developing countries in eliminating illiteracy and promoting teachers’ training and girls' and women's education by setting up a fund and prizes with UNESCO.

I will fulfill my duty as Special Envoy and support UNESCO’s efforts to promote girls' and women’s education worldwide. I will spare no effort in advancing this noble cause.