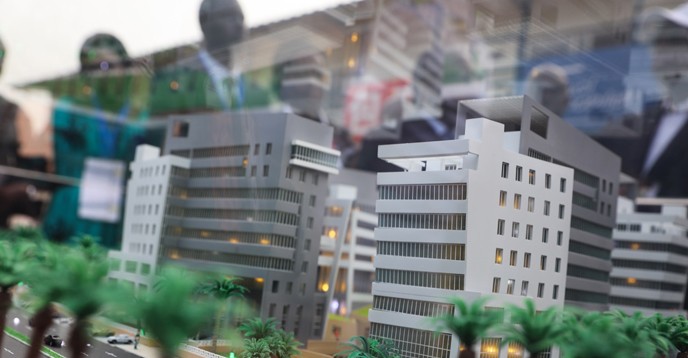 From Dakar to Nairobi, young people are at the heart of a digital media revolution that is unfolding across the African continent.  With start-up incubators, fab labs (fabrication  laboratories or small-scale workshops), sites and cyber-services,  and new collaborative work spaces, an ever-increasing number of youth — technophiles, hyper-connected, educated and inventive — are fully embracing the new digital economy.

This new generation has been nicknamed “Afropreneurs”. No matter how diverse their activities may be, they share a common DNA — the digital world, an approach that necessarily interconnects the local with the global, and a desire to contribute to improving living conditions throughout Africa.

Dakar-based Karim Sy, who founded Jokko Labs in 2010, is probably the best-known of these young entrepreneurs. His not-for-profit organization is defined as a “virtual cluster committed to social transformation and based on a community of entrepreneurs and a network of innovation centres”. But there are many other examples, like the startup, Agendakar, (the largest cultural web portal in Senegal’s capital). Here the young entrepreneur, Ousseynou Khadim Bèye, who created a smartphone video game called Cross Dakar City, uses the game to alert the general public about the sad fate of talibés — boys who leave their homes to study in Koranic schools and are exploited and reduced to begging in the streets of Dakar.

It’s a good bet that these innovators in cultural and creative industries will also be key players in Diamniadio, Senegal’s first Smart City. Located just thirty kilometres from Dakar, it is expected to grow substantially in the next few years.

From Smart City to Vernacular City

Diamniadio is not the only Smart City on the African continent. As witnessed by the revolution underway, the development of many urban projects and digital centres of excellence is taking off in other countries as well. In Nigeria, Yaba, a suburb of Lagos, is already Africa’s best-known technology hub, nicknamed Yabacon Valley.  In Kenya, Konza Technology City is home to 250 startups and is known as the African Silicon Savannah.  Similar examples exist in Benin, where the government has developed the Benin Smart City project; in Morocco, where the Casablanca Smart City Cluster, e-Madina, has been launched, and in Rwanda and South Africa as well.

Although these new urban hubs undoubtedly open up new opportunities for African youth, they also raise some questions. In 2010, Senamé Koffi Agboginou, the independent Togolese anthropologist and student of architecture, founded the African architecture platform. He believes that African Smart Cities should not try to replicate Western examples, but should invent their own models derived from local contexts.  He is developing this idea of “anchored modernity” in a district of Lomé, Togo’s capital city, where he has opened Woelab, which describes itself as “the first African space dedicated to technological democracy”.  Its aim is to make leading-edge technology accessible to all local people, a “fab lab at the level of the street”.

“We must go beyond the Smart City to the vernacular city of tomorrow, the sharing city”, says Agboginou, who has developed his own theory of “low high-tech”, making technology accessible to the low-income consumer. He proposes a kind of digital democracy and collective intelligence that would make the area’s inhabitants autonomous: “We are the only ones in Africa to bring together designers, developers, masons, carpenters, fashion designers, and even homeless people, in one location for shared projects,” he explains in an article in the magazine Forbes Afrique. People all over are talking about Woelab — as an incubator for startups and a place where training and workshops are accessible to everyone. The team highlighted its technological prowess by inventing W.Afate, a high-tech 3D printer made entirely from electronic waste!

Culture with a strong social orientation

The emergence of an ever-increasing number of digital Afropreneurs should not overshadow the dynamism and creativity of young artists and cultural players in all African cities. These artists are working to make their voices heard, attempting to make a living from their art, and working to improve their cities in spite of limited resources and difficult circumstances. In Brazzaville, Kinshasa, Lubumbashi, Douala, Segou and N’Djamena, there are several prototype projects that link an artistic approach with social impact.

The Ateliers Salm, founded by sculptor Bill Kouélany in Brazzaville, supports a new generation of very talented young artists. The Lubumbashi Biennale, which held its fourth event in 2015, has gained international attention. In Kinshasa, already known for its music, there are more and more festivals that highlight the city’s exceptional cultural riches.

In Dakar, in addition to the renowned Dak’Art Biennale of contemporary African art, the Afropixel festival, organized by the Ker Thiossane Association,  is gaining recognition as a platform for projects, events, debates, discussion, and artistic and social experimentation. Ker Thiossane intends to explore the potential of new media to  encourage local development that is inclusive and sustainable, while observing what may define the special features of an African creative city.  Thus, in 2016, the theme of the fifth Afropixel festival was “Shared City”, a vast subject giving rise to a busy programme of fab-lab workshops, artists in residence, open studios, exhibitions, public installations, screenings of video mapping, and numerous exchanges. 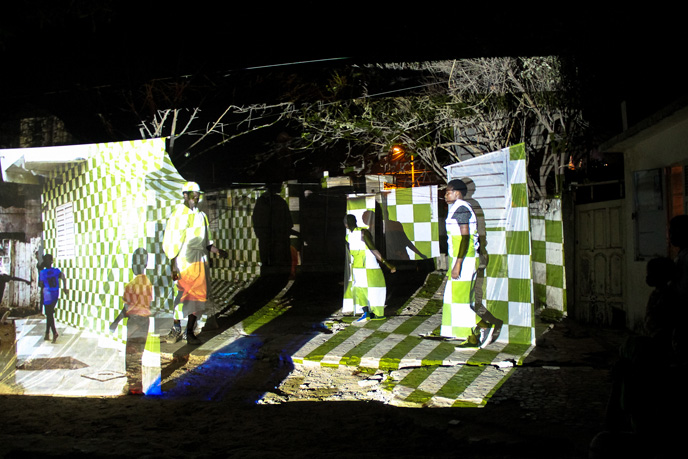 Over the last ten years, a number of events linked to hip-hop have flourished throughout the continent. Remarkably, this has gradually given rise to a whole network of artists, producers and festivals which are today helping to drive artistic collaboration, solidarity and social transformation. Rappers have become very involved in community causes and social protest movements, such as the musical group Y’en a Marre (I’m fed up) in Senegal, Le Balai Citoyen (the Citizen’s Broom), a political grassroots movement in Burkina Faso, and the Iyina [which means “we’re tired” in local Arabic] movement in Chad.

In May 2016, Smockey [Serge Bambara], the Burkinabe rapper and activist and co-founder of Le Balai Citoyen, was the first recipient of the prestigious Music in Exile Fund Fellowship award in 2016. The annual award [from freedom of expression campaigners Index on Censorship and the producers of the award-winning documentary, “They Will Have To Kill Us First’’] recognizes people from all over the world who have put their art at the service of freedom. Two months later, when Smockey’s studio in Ouagadougou was destroyed by fire, a huge international campaign was launched through social media to fund its rebuilding.

The young African artists and cultural entrepreneurs are creative and engaged, but they are also determined to put the considerable potential and resources of digital tools to the best possible use into building the future they dream of.

Ayoko Judith Mensah is a Franco-Togolese journalist and consultant. After having founded and edited the magazine Afriscope, she worked as an expert in the European Union-African, Caribbean and Pacific (EU-ACB) APCCultures+, at the ACP Secretariat in Brussels. She currently works as a consultant for the Africa desk of the Centre for Fine Arts in Brussels.