The word sharia is a recurring theme in today’s discussions, conveying an array of phantasmagorical associations: reigns of terror, corporal punishment, repudiation of women, extremist demands by terrorist groups, archaic laws from the earliest days of Islam, a set of sanctions incompatible with human rights, and more.

It is essential to understand that the constitution of sharia, assumed as a fixed authority or body of law transcending time and history, mainly serves the interests of authoritarian regimes. These regimes found the permanence of their political power on a law that is immune to change.

Etymologically, sharia is an Arabic word, meaning ‘avenue’, ‘opening’ or ‘way’. Professor Wael Hallaq at Columbia University explains that sharia “was as much a way of living and  of seeing the world as it was a body of belief.”

The process of transforming sharia into divine law is derived from an effort to interpret it, called ijtihad. It was the result of reflection undertaken by qualified Islamic jurists who set out to “translate” the Koranic verses into legal norms.

A century after the Koran was revealed, numerous law schools were founded throughout the Islamic world, and they had different ways of evaluating divine law. Yet, whatever their interpretations and the differences among various lawyers and philosophers, all the schools agreed that the sacred texts of Islam were merely sources, and not the actual content, of the law. They emphasized the fact that the divine law was not to be found in its complete form in the revealed texts. In other words, there is no sharia code as such. It is not to be found either in the sayings of the prophet, or in the Koran.

In more recent times, the Egyptian theologian, Ali Abderrazik (1888-1966), has drawn our attention to the fact that sharia is a spiritual guide, without any legal directives. Therefore, it is left to people to constitute their own system – based on other foundations – to organize their community.

During the Middle Ages, a great debate began that still has significance today. It involved two opposing currents of thought. On the one hand, there were those who believed that the word sharia should be infused with political meaning, giving it legislative stature. Judges would then become what Montesquieu described in his 1748 treatise, Spirit of the Laws, as “no more than the mouth that pronounces the words of the law, mere passive beings, incapable of moderating either its force or rigour.” On the other hand, there were those who believed, to the contrary, that jurisprudence should be made autonomous, allowing the judge to draw on the religious inspiration of sharia to constitute within his tribunal a counterweight to political power.

According to this second line of thought, the sovereign held discretionary power, restricted in scope, which could replace religious law with administrative regulations applicable in certain areas and to specific types of cases. This was called siyasa shar’iyya (policy compliant with revealed law), a device that was especially useful to curb abusive political power, as explained by Hallaq in his book, An Introduction to Islamic Law (2009).

In pre-modern states, sharia tended to be disassociated from political power, even if the boundary was not always clear and differed from one state to another. Conversely, in modern post-colonial societies, sharia is considered a part of statutory law, even though in some countries its scope is often reduced to personal status issues (such as marriage, inheritance, etc.). Modern understanding of the law is based on codification and control, thus rendering it purely an instrument of the state. The politicizing of sharia is a recent phenomenon.

Fatwa changes with the times

Thus, sharia is an epistemological concept that was for a long time flexible and adaptable. The saying “fatwa changes with the times” clearly shows that legal opinion was not considered a timeless and immutable truth. Indeed, a fatwa in its original sense is a non-binding legal opinion. The law was subject to modification because of “the changing of the times or…the changing conditions of society”, as Hallaq reminds us in his book Authority, Continuity and Change in Islamic Law (2001). 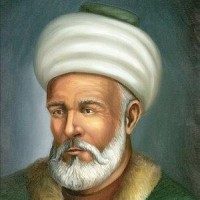 In fact, the necessity of change is explicitly recognized as the principal characteristic of divine law. The medieval philosopher Al Farabi (870-950), among others, has described how successive legislators would modify the law. In his Book of Religion, Farabi explains that these changes served to: 1) close the gap left by a previous legislator, who enacted laws only on matters of the highest importance, of the greatest utility, value and efficacy for bringing communities together, leaving the rest to someone else; and 2) to alter many of the predecessor’s rulings and to enact other rules which he thought were more appropriate for the times.

We deduce from this that divine law is inseparable from its human interpretation, with the understanding that the interpretation should be left to competent experts, and not to those without  training.

“Islamic law is thus also characterized by legal pluralism”, affirms Hallaq in his An Introduction to Islamic Law. “Not only because it acknowledges local custom and takes it into serious account,” he explains, “but also because it offers an array of opinions on one and the same set of facts.” Which is why Hallaq finds it highly ironic that colonial Europeans accused Islamic law of being rigid to justify replacing it with new Napoleonic codes. Thus began the dismantling of sharia that contributed to a perception of it as ahistorical and timeless.

This dismantling continued during the second half of the twentieth century, as the word sharia took the form of a diktat via the fatwa, and it was accorded decision-making power, even though fatwa represents only an advisory opinion.

With the development of modern law, of law emanating from the power of the state, and with the spread of parliamentary institutions in countries previously colonized by so-called Western powers (notably France and the United Kingdom) – sharia law took its place alongside legal systems modelled mostly on Napoleonic codes. It is “the corset of parliamentary procedure” that gave the Islamic norm its authority, say Baudouin Dupret and Leon Buskens, in the introduction to their 2012 book, La charia aujourd’hui (The Sharia Today).

Today, the constitutions of different Muslim nations cite sharia in different ways. In one country, it is a question of compliance; in another, reference. Nowhere is it considered to be derived from any codified law.

It should be recognized that the word sharia is not sufficiently clear and does not refer to a set of rules familiar to all that would allow us to say with authority that it is being applied here or there. Paraphrasing the words of Dupret, the more we try to pin down what sharia is, the harder it is to capture its forms and functions. Except in terms of power, politics and ideology, how can we really define sharia?

Ali Benmakhlouf (Morocco) is Professor of Philosophy at UPEC (Université Paris- Est Créteil) and a senior member of the Institut Universitaire de France. His long list of publications includes Averroès (2000), La conversation comme manière de vivre [Conversation as a way of life] (2016), and Philosopher à Bagdad au Xe siècle [The practice of philosophy in tenth-century Baghdad] (2007), which he edited, and several other books about the great thinkers of the East and West.