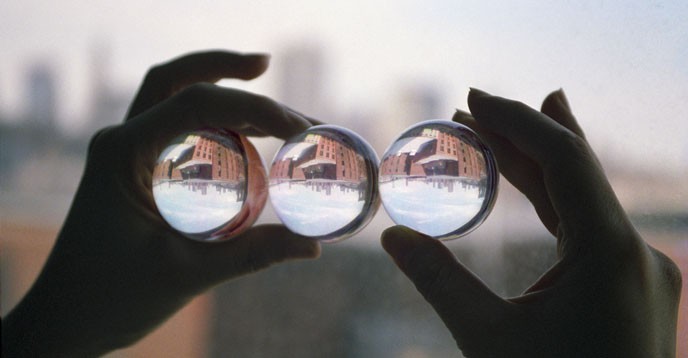 When global business leaders gathered at the World Economic Forum in Davos in  January 2017,  the most ubiquitous fashion accessory at this elite jamboree was a circular lapel pin depicting the colours of the United Nations’ seventeen Sustainable Development Goals (SDGs). Far from furthering short-term goals like increased profits and higher sales figures, a group of top business leaders are using their positions and their companies to combat climate change, end poverty, seek education for all, empower women, and reduce the spread of diseases.

Kept at arm’s length by development agencies for decades, the private sector was roped in by the UN in 2015 to partner with UN agencies, national governments, academia and civil society to help advance the ambitious global agenda by 2030. The universal agreement is the most inclusive blueprint for sustainable development so far. The ultimate goal of attaining greater sustainability, peace and prosperity for all could only be achieved if everyone helps to move the agenda forward. This idea is enshrined in SDG 17: partnerships for the goals.

In his remarks at a special session on “Cooperation for Peace: Tackling the Root Causes of Global Crises” in Davos, UN Secretary-General António Guterres said that in order to achieve sustainable and inclusive development,  “we need to…agree to mobilize, not only governments, not only civil society, academia, but the business sector in order to take advantage of these [the Paris Agreement on Climate Change and the 2030 Agenda for SDGs] agreements and to be together in a new form of partnership aimed at transforming those agreements into areas of action that help to prevent conflicts and other dramas that we face in today’s world.”

Recent calculations have shown that the returns of investments that could be generated by the full implementation of the SDGs could be $30 billion per year, Guterres said.  These new partnerships could lead to a “fantastic increase in the well-being of people,” he added.

In her first address as the UN Deputy Secretary General on 28 February 2017, hours after she was sworn in, Amina Mohammed underlined that “Success [in achieving the SDGs] will require a bolder approach to financing and partnerships. Nothing will be achieved without engaging all actors,” she said, urging all countries to rethink their systems and approaches.

The UN too would need “to be fit for purpose”, she added, to be able to help its member states implement the 2030 Agenda for Sustainable Development. “We must innovate and revamp our approach to partnership and financing, with a focus on the long haul,” Mohammed said. 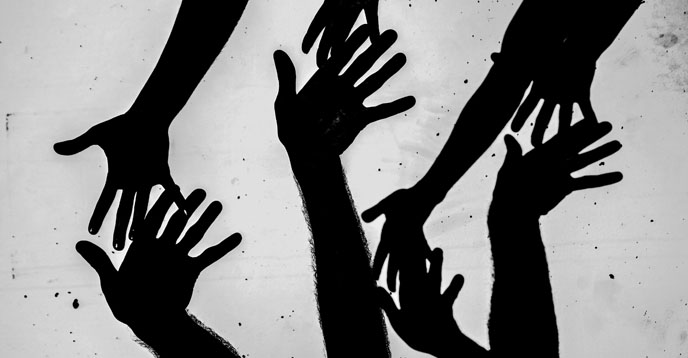 Paul Polman, the CEO of Anglo-Dutch multinational Unilever since 2009, is the best example of a growing tribe of business heads who spend a lot of time and energy evangelizing about the need for businesses to be involved in solving the planet’s most challenging problems. Addressing his shareholders, he talks convincingly about climate change: “We have already passed 1 degree, and Mother Nature, unfortunately, is increasingly starting to send us the bill,” he warns.

Not the usual stuff that business leaders say. But Polman walks the talk. Last year, he was appointed by the then UN director-general, Ban Ki-moon, to a group of eminent SDGs Advocates “to build on their unique standing and leadership” to help achieve the SDGs by 2030.

The Sustainable Development Goals Fund, established in 2014 by the UNDP on behalf of the UN, facilitates the convergence of public and private institutions to achieve development results. Its private-sector strategy has two goals — to involve businesses in each of their programmes in the field from the beginning, and to create a global business advisory council.

The SDG Fund’s Private Sector Advisory Group, made up of business leaders from major companies and various industries worldwide, is helping the Fund “build a road map for how public-private alliances can provide large-scale solutions for achieving the SDGs.” Besides providing assistance in developing business models, the group contributes by engaging in dialogue with public and private stakeholders; advocacy and awareness raising; providing expert consultancy services, and collaborating with the academic world to generate new ideas for joint solutions, among other initiatives.

Through Public-Private Partnerships (PPPs), responsible businesses have earned a place at the negotiating table. On the business side, organizations like the Geneva-based World Business Council for Sustainable Development (WBCSD), a global, CEO-led organization of over 200 member companies — with $8.5 trillion in combined revenues and 19 million employees — and seventy national business councils, are working to deliver high-impact business solutions to the most challenging sustainability issues. The Council’s executive committee includes Polman and Ana Botín, executive chairman of Banco Santander, who is the only woman on its fifteen-member board.

“With an annual $5-7 trillion needed to finance the SDGs alone (according to UNEP)…business has a critical role to play as a source of investments and as a driver of technological development and innovation, not to mention as an engine for economic growth and employment,” notes Peter Bakker, president and CEO of the WBCSD. According to Bakker, the SDGs present “a daunting task for any CEO to focus on 17 goals and 169 targets.”

In a bid to point business in the right direction, the WBCSD has collaborated with the UN Global Compact and the Global Reporting Initiative (GRI) to develop an SDG Compass. The Compass  provides guidance to businesses on the SDGs and measures impact. It is complemented by the SDG Business Hub, “a dynamic online platform showcasing business insights, emerging tools and resources in this space,” adds Bakker.

As Unilever has demonstrated, the conglomerate’s commitment to sustainability and a new kind of capitalism has actually paid off. “Constructive partnerships with smallholder farmers have helped to make the company’s supply chains more efficient and resilient,” writes Jack Nelson, an investment analyst at Stewart Investors, in the Financial Times.

At the first-ever Global Festival of Ideas for Sustainability held in early March 2017 in Bonn, Germany, UN SDG Advocate Alaa Murabit, the Canadian physician and founder of Voice of Libyan Women, underlined the importance of partnership and cooperation between “unlikely allies”, working together to achieve the global goals agenda for all humankind.

While the 2030 Agenda calls for a new and revitalized global partnership approach, traditional PPPs, a contractual collaboration between public and private actors, have been promoted by the World Bank for more than 30 years, typically to fill financing gaps for public infrastructure projects. “There is a need to progress from PPP to “ABC”, where Administration, Business, and Civil society are partners on an equal footing,” says Louis Meuleman, an academic and founding member of Public Strategy for Sustainable Development (PS4SD), along with Ingeborg Niestroy, his wife.

“SDG partnerships should have the serious and operational involvement of civil society,” stresses Meuleman. “ABC partnerships would therefore require a reorientation of goals of all three parties. For administrative partners, the goal could be to achieve concrete targets in alliance with societal partners while achieving mutual gains, instead of cost-saving or downsizing government. For business partners, Corporate Social Responsibility (CSR) could become an integrated objective, besides creating added value,” he adds.

According to Meuleman, “adding civil society to PPP as an afterthought is not enough; putting wings on a car doesn’t ensure that it will fly — it is still a car!”

Critics of PPPs have warned that traditional PPPs will not work in the context of the 2030 Agenda, which calls for the inclusion of a fourth P, or “People-first” PPPs. The United Nations Economic Commission for Europe (UNECE)’s International PPP Centre of Excellence supports “People-first” PPPs, which includes engaging with stakeholders in a meaningful dialogue, while building the capacity of the public and private sector to deliver such projects. Besides being economically viable, the projects should have an economic transformational impact.

“PPPs are not a simple panacea or a “silver bullet” to fill the huge financial gap in infrastructure investment,” insists Anis Chowdhury, an Australian [born Bangladeshi] academic, a former chief of multi-stakeholder engagement and outreach at UN-DESA (Department of Economic and Social Affairs), and co-author of a DESA working paper on Public-Private Partnerships and the 2030 Agenda for Sustainable Development: Fit for Purpose?

“To ensure that PPPs are an effective instrument of delivery of important services, such as infrastructure, it is critical that countries have an institutional capacity to create, manage and evaluate PPPs, especially in relation to other possible sources of funding,” Chowdhury says. “For many developing countries, this would require assistance from the international community in the form of technical support and capacity-building.”