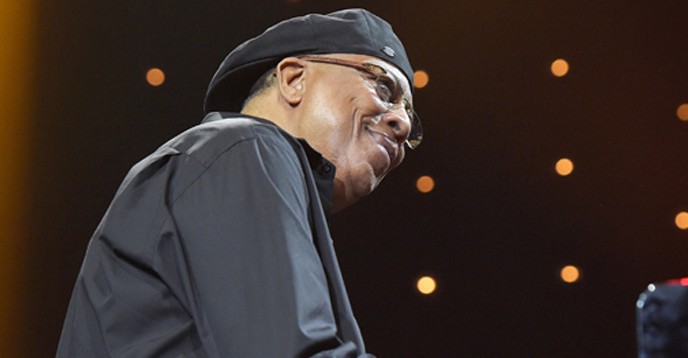 Having participated in last year’s International Jazz Day, what memories do you have of the event?

It was incredible. It was the first time I went to the White House. I never thought I would ever have such an opportunity! The most amazing part is that, as jazz musicians, we form a sort of international family. Nearly each of us has had the opportunity to participate in the same festivals around the world but this time, it felt like a family reunion, and on a musical level, we all got along incredibly well. I played with a US bassist and an African guitarist, the trumpet player was Australian, and the percussionist Indian. It was an unforgettable experience, especially since Chick Corea, Aretha Franklin, Herbie Hancock, Al Jarreau, Marcus Miller and other big jazz artists were present too. It’s not something you see every day! We proved that jazz is so international that musicians from different parts of the world can come together to play music. It was an unprecedented moment, as if the parents of jazz came together to embrace its glorious universality.

You will be participating in this year’s celebration of the International Jazz Day which will take place in Havana. Are you expecting something in particular?

Yes, I am invited to Havana and I am extremely happy to once again find myself in the company of musicians from around the world. I expect what is always expected of jazz: its feeling of immediacy. We simply come together and decide on a theme on which to improvise. Based on this theme, each of us will present our own method and style. None of our styles will be identical to one another’s. You can rehearse thousands of times and each time it will sound different. That is what is so amazing about jazz. It constantly varies and the audience also always has its opinion to share. We do not know what we will play yet, and that’s great. As always, it will be spontaneous because improvisation is the specificity of jazz. We are set to play in the Alicia Alonso Grand Theater, where the acoustics are excellent and the piano is very good. It was presented as a gift by Steinway to the Ministry of Culture in October 2015, when the great pianist Lang Lang and I played with Cuba’s Philharmonic Orchestra. We are all already very moved at the idea of what we will produce this time. And the public even more so! 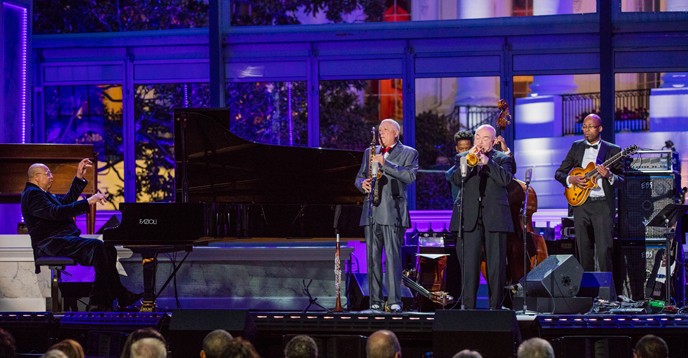 You were nominated Goodwill Ambassador of the Food and Agriculture Organization (FAO) of the United Nations. What motivated you to accept this nomination?

It seemed important to me to make a contribution to the FAO, which intervenes where it is necessary, around the world. I composed the music for a documentary on the 2010 Haiti earthquake. I participated in the project because all profits from the release of the documentary went towards the reconstruction of the country.

How do you create your music?

As I mentioned, jazz mainly relies on improvisation, even though there are arrangements in which the music is written. It is what we call “pie forzado” in Cuban. It is a theme that is given to you and based on which you then start an improvisation. We also write the harmonies and several chord melodies that must be played, while still giving free reign to your creativity. Personally, I practice every day to establish the rhythmic bases of my continuing experiences with Afro-Cuban jazz roots: a mix that includes Yoruba and Batá drums (of the Yoruba people of Nigeria, Togo and Benin), the Cuban conga… These polyrhythmic tones are perfect to define a rhythmic line on which to improvise, or a melodic line where the fusion of brass instruments, or even piano, can lead to improvisation. From there, all you need to do is dig deeper, because these musical arrangements are a written basis on which to then develop your improvisation.

Do you always work with the same musicians?

I have worked with my band, the Afro-Cuban Messengers, for a long time and on numerous occasions now, but I sometimes work as a solo pianist or with an orchestra, which is quite a different experience. I have just recently recorded an album in New York with Arturo O’Farrill’s orchestra… Basically, I do not limit myself to one musical direction — I tend to explore every path there is. I try not to attach myself, but rather to vary and continuously find new paths.

How did you learn to play the piano?

Let me tell you a little anecdote — I do not actually remember the event, but I was told that this is how I started playing the piano. My father was the pianist and assistant director of the orchestra of the Tropicana cabaret, Cuba’s main music scene that welcomed many great jazz artists in the 1940s and 1950s.  When I was three, my father returned home one day because he had forgotten the musical score of the second part of a show. He heard somebody playing a melody on the piano with both hands — it was me. He asked my grandmother and my mother who had taught me and they both replied that I had not been given any lessons, that I just tried to imitate him and that when he left, I would sit in his place and try to play like him. That is how I started, apparently. He then gave me lessons and when I was five, he hired a music theory teacher to teach me at home. When I was nine years old, I started to attend a music school to study piano. 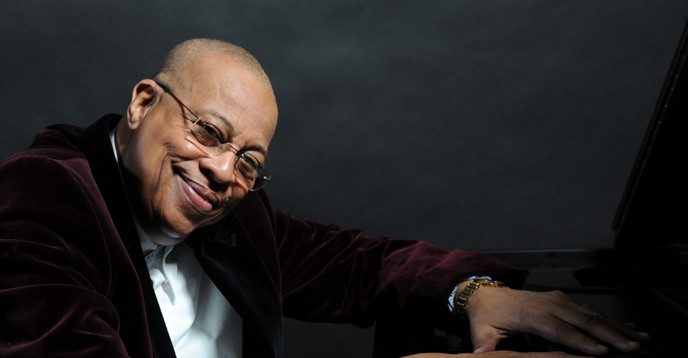 You then played music with your father. How did it feel to play with Bebo Valdés?

It was incredible — playing with your teacher and your father is emotional on two different levels. Since I also greatly admire Bebo’s art, I learned something new each time we played together. When I was fifteen, I started to perform live with him and we played on two pianos for television. I think I was Bebo Valdés’ greatest admirer. He was a talented musician, an amazing father and an extremely demanding teacher. Sundays when I wanted to go to the cinema and I was dressed up and ready to go, he would stop me and say, “Your piano class is tomorrow, sit down and play me what you have worked on”.  If what I played was not good enough, he would say, “Listen, there will be no cinema, get changed, sit down and work.” I am very grateful to him today because I studied as much as I could and I directed all my efforts into following in his musical footsteps.

Did you also teach your children to play the piano?

I have six children, they all play music and they are all very good musicians. It is not because I taught them music but because they are truly passionate about it. It is certain that the overall musical atmosphere of the house plays a role here. I have played with Chuchito and with my daughter Leyanis, who is an excellent pianist. She graduated from schools in Italy and Cuba and now plays and composes incredibly well. Emilio plays percussions and Yousi studied choir-directing and plays the drums, like Jessi. My youngest son Julián is ten years old and I just gave him a music lesson.

In today’s era of electronic music and digital developments, how can we incite young people to continue playing jazz?

Since my first band, Irakere, in the 1960s, to this day, I have collaborated with all sorts of new talents. For me, the world of electronics and computers are what the 21st century is about and it has led many people to use programmes that considerably facilitate orchestration. Arrangements are much easier to do now than they were in the 1950s. The young generation masters these new techniques perfectly, and I am sure that they are very useful. That’s where the future lies.

Winner of six Grammys and three Latin Grammy Awards, Dionisio Jesús Valdés Rodríguez, better known as “Chucho”, was born in 1941 in Quivicán (Cuba). He is a pianist, composer, arranger and conductor. Chucho has recorded more than ninety albums and collaborated on more than fifty albums. Some of his most notable albums include Lucumí (1986), Solo piano (1991), Pianissimo (1997), Babalú Ayé (1999), Boleros inigualables (2000) and Border free (2013). He is the son of Bebo Valdés, the well-known Afro-Cuban jazz pianist (1918-2013).