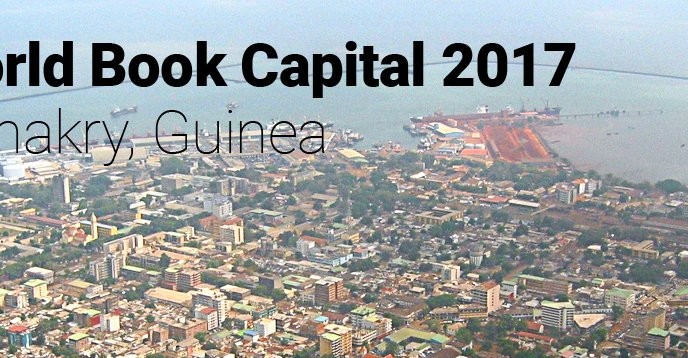 The news, relayed by the media and community-based radio, was mostly welcomed with enthusiasm, though some believe that culture and books are not a priority, given the extreme poverty of the population. However, many recognize the nomination as an opportunity for Guinean culture to be showcased on the international stage. Some are even hoping that the event will bring economic benefits, with the number of visitors it will attract and the activity it will generate. For avid literature lovers, it is an opportunity to give books and culture the recognition they deserve.  Authors who will be given prominence include Camara Laye (1928-1980) who wrote the autobiography L’enfant noir [The Black Child], and  Keita Fodéba (1921-1969), writer, composer and creator of the dance company Les Ballets africains. Guinean publishers see the nomination as an opportunity to promote their works, to meet other publishers and editors, and to discover fresh authors.

Writers, publishers, booksellers, printers, academics, journalists, students, and basically everyone who feels involved in the book world are all focused on making this year-long event a success. The Minister of Culture, Sports and Historic Heritage, made sure that the event was highlighted during the regional days dedicated to the development of a cultural policy for Guinea, held in four of the country’s regions between mid-November and mid-December 2016.

Labé, Guinea’s second-largest city which boasts a high concentration of writers, journalists, literary clubs and libraries, has established meeting points to celebrate the event. There have been suggestions to relocate certain activities from Conakry to Labé. These include the inauguration of four new school clubs by the Guinea PEN Centre, the release of a catalogue of the region’s writers, and of a photo album of the exhibition Merveilles du Fouta [The Wonders of Fouta] at the  Fouta  museum. Talks dedicated to books and reading will also be held at the university and in high schools here.

In Conakry, posters announcing the World Book Year are being plastered on the city walls, and pamphlets about the event are being distributed everywhere. Locations across the city’s districts, and even in neighbouring towns, have been identified to set up media libraries and reading points. The main aim behind this major event, after all, is to make books available to as many people as possible.  Indeed, it would be impossible to instill a culture of reading if books were hard to find, and libraries did not exist.

The World Book Year will help encourage the literate population to read more, promote the development and impact of books, and make books more easily accessible to students and citizens alike, so that they are able to make the pleasure of reading a part of their everyday lives. And who knows, maybe eventually there will be media libraries and reading points in every region across Guinea. Then my grandmother’s dream would finally come true: like many women of her time, she wanted to decorate her living room with bookcases filled with books. But given their contents, they were more like showcases, filled with bibelots, or ornaments and knick-knacks!

Koumanthio Zeinab Diallo (Guinea) is a founding member of Guinea’s Writers’ Association and the “A. Hampâté Bâ” literature and arts club. She is also the founder of the Guinea PEN Centre and executive director of the Fouta Museum. She has written several plays, as well as novels and award-winning collections of short stories and poetry.