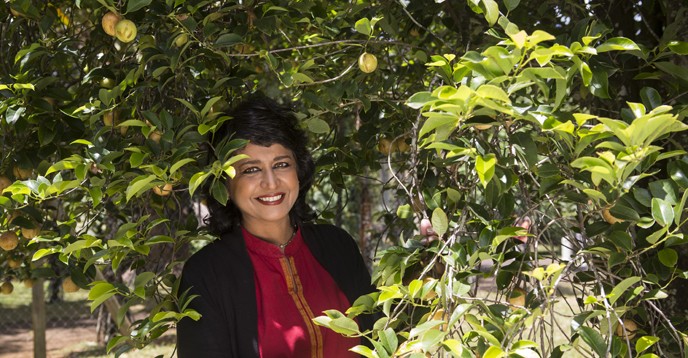 We are living at a time of unprecedented economic, demographic, ecological and technological change. In what way is science, technology and innovation the answer to these challenges?

Science, technology and innovation have always been the basis of social progress and the improvement of people’s living conditions.

With the explosive increase of the world’s population – nine billion by 2050 – we will need to have a better grasp of technological tools in order to adapt, while using fewer resources to ensure the world’s food security and self-sufficiency in water and energy supply; all this in an environment threatened by climate change.

In January 2017, you presented the Coalition for African Research, Innovation and Entrepreneurship (CARIE), at the World Economic Forum. What is its objective?

CARIE is an association that brings together several partners — the Bill and Melinda Gates Foundation, the Wellcome Trust, the New Partnership for Africa’s Development (NEPAD), and the National Institutes of Health in the United States — which have decided to unite in a common effort to promote research and innovation on the African continent.

Its objective is to contribute to developing the skills of African researchers and to help strengthen the environment in which they operate. There has been enormous progress in Africa in the field of research, but the impact of the work done is relatively limited and often not very noticeable.

What can be done to change this?

Often, researchers do not have the means to follow up on their ideas in terms of products or starting up businesses. Additionally, the legal framework for intellectual property rights is inadequate. Results often end up buried at the bottom of a drawer or are published in newspapers and publicized before being protected by patents. The Coalition’s aim is to intervene at different levels so as to give these researchers the means to change the everyday life of Africans.

The word “coalition” is more closely associated with political rather than scientific vocabulary. Is the development of science a political struggle above all?

The issue of “politics” affects every level. Obviously, if good decisions are taken at political levels, in other words, by those in power, their effects on scientific institutions will be positive. Africa will only progress scientifically if policymakers recognize the importance of funding science.

The word “coalition” should not be analyzed by itself. Instead, it should be understood as a means of uniting strengths to advance science in Africa for the well-being of its population.

How is CARIE different from the Alliance for Accelerating Excellence in Science in Africa (AESA), created by the African Academy of Sciences and NEPAD?

There are more similarities than differences. The aim of AESA is to work on the issue of health. It receives support from the Bill and Melinda Gates Foundation and the Wellcome Trust, among others.

Does the multiplicity of organizations with similar objectives risk leading to overlaps and a dilution of  funding?

There are no overlaps between these organizations given that they complement each other. The need [for funding] is so great in Africa, with the continent lagging behind, that there is no risk of funding being diluted. We must support all initiatives which aim to train resources and develop research.

I also must remind you that the continent needs several million engineers and scientists to reach the population/engineer ratio of developed countries.

Small Island States such as Mauritius are by definition vulnerable. What can they do to combat ecological threats?

Mauritius is already on the list of countries at risk, particularly in the context of climate change. Unfortunately, the number of solutions to counter rising sea levels is limited but we must consolidate and make better use of the territory. For example, the erosion of our beaches can be reduced by planting more mangroves. They provide an excellent ecosystem for fish and other marine wildlife. In any case, we must continue to plant trees as they are the surest way of reducing carbon emissions in the atmosphere. We must redouble our efforts in terms of strategies to develop renewable energies, recycling and water management because water shortages will be severely felt. 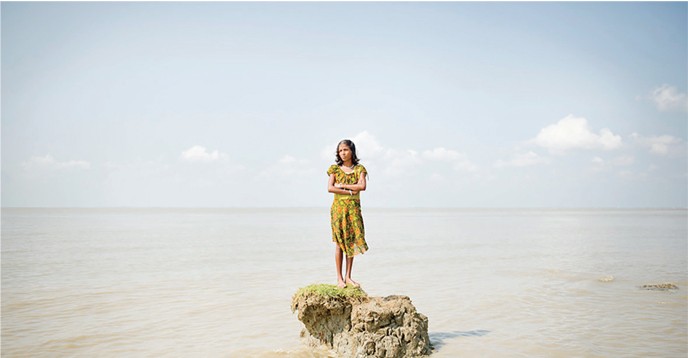 On the shore of an island that could vanish with rising sea levels.
© Daesung Lee

Mauritius ratified the Paris agreement on climate change. In concrete terms, what measures has the country already taken to tackle the issue of global warming?

It must first of all be said that Mauritius, like the entire African continent, has not really contributed to greenhouse gases (GHG) but we are among the most affected. We act in solidarity with the world by making efforts to further reduce GHG.

We have already started to develop our strategy in renewable energy, to improve water management and review planning and land use. But we must double our efforts to ensure that all our infrastructures meet “green” standards, with more solar panels for example, or that they comply with any other standard that falls within sustainable development.

We must encourage all technologies that will lead to a less wasteful use of resources, better possibilities in terms of recycling and energy-efficient, low-power industries. These concepts are slowly gaining momentum; some textile companies in particular already operate using solar energy.

Education and raising awareness remain two important areas because it is essential that the population and other economic actors support this concept, in all the initiatives the State wants to undertake.

How do the Mascarene Islands rank globally in terms of production of renewable energy? And what about Mauritius compared to its neighbours such as Réunion?

Among the Mascarene Islands, Réunion has made great progress and I believe it produces up to 35% of green energy. Rodrigues [also part of the Mascarene Islands] has set itself an objective to depend solely on renewable energy in the near future. In Mauritius, we have already implemented several wind and solar parks. I think the future of this sector is promising and we are moving in the right direction.

Forbes listed you among the Top 100 Most Influential Women in the World. What does this mean to you?

First of all, I would like to thank the magazine for this recognition. I think this kind of visibility is always good for the country. I am very happy if I can contribute to showing the world that even though Mauritius is a small country, it can have big ambitions!

On Twitter you said: “African women are at the heart of the agenda for the continent’s development but their contributions are rarely assessed and recognized”…

Yes, it is evident that the true value of women’s contribution is not always recognized on the African continent. If we look at agriculture, it is African women who feed the continent. But the conditions are not always present to ensure their full development in terms of access to funds, land titles or training. If women could remove all these obstacles, we would definitely see considerable improvements in terms of food production.

This also holds true for access to both in primary and tertiary education — too often girls are still put at a disadvantage. If their potential was fully deployed with proper guidance, women could really help the continent to overcome its current situation.

A few years ago, you wanted to develop phyto-drugs, drugs based on plants, to treat illnesses at a lower cost. Are you making progress?

The validation of traditional recipes is a project I directed when I was at a university in the 1990s. The results of this research were given more value when I created the Centre for Phytotherapy Research (CEPHYR) in 2009, that became the Centre International de Développement Pharmaceutique (international centre for pharmaceutical development), CIDP Research and Innovation (R&I). Creating a range of phyto-drugs is still on the list of goals for CIPD R&I, but making the transition from research to commercialization requires time and vast resources.

The work continues even if I am no longer there. For example, thanks to the work at CIDP R&I, the essential oil extracted from Rodrigues lemons has found takers in the perfumery industry! Many medicinal plants from Mauritius are used as phyto-ingredients which meet the needs of the cosmetics and pharmaceutical industries.

For you, power is the ability to have long-term influence by leaving a legacy. As President and a recognized scientist, what legacy would you like to leave behind?

My commitment to science and innovation remains unaltered. It has just taken a different form, as I am engaging with decision-makers and other institutions. I strongly believe in the need to invest in institutions to give young people the resources to work on issues that are a priority for the continent, and which require a good command of science. It is in this exact frame of mind that we launched CARIE.

The legacy I leave behind will be, I hope, an awareness of the need to have strong institutions, and of the means we must provide young people to avoid brain drain, by developing both their potential and the environment in which they will work. This requires resources and I am convinced that they will become more readily available. These actions will help countries of the region emerge. History has shown that countries that invest heavily in science, technology and innovation succeed best.