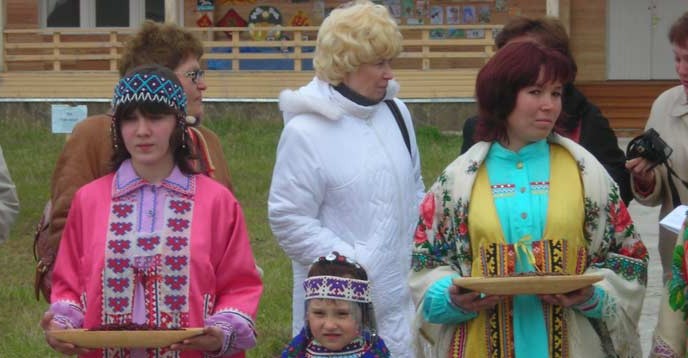 “Our rich diversity . . . is our collective strength.” (Johannesburg Declaration, 2002)

Humanity has inhabited every corner of the world, except Antarctica, for centuries. As groups of people worked and lived together, they developed distinctive cultures. Together the cultures of the world create a rich and varied tapestry. The resulting cultural diversity expands choices, nurtures a variety of skills, human values and worldviews and provides wisdom from the past to inform the future. Cultural diversity is a mainspring for sustainable development for individuals, communities and countries. Thus, building an effective global approach to sustainable development and ESD needs to address respecting, protecting and maintaining the cultural diversity of the world now and in the future.

Cultural diversity exerts strong influence on ESD in that:

ESD aims at promoting teaching which respects indigenous and traditional knowledge and encourages the use of indigenous languages in education. Indigenous worldviews and perspectives on sustainability should be integrated into education programmes at all levels whenever relevant.

Local knowledge and languages are repositories of diversity and key resources in understanding the environment and in using it to the best advantage. They foster and promote local cultural specificities, customs and values. The preservation of cultures is linked to economic development. However, tourism and cultural industries can run the risk of commodifying culture for outsiders. Cultures must be respected as the living and dynamic contexts within which human beings find their values and identity.

ESD and Cultural Diversity at UNESCO

Within the framework of the DESD and UNESCO’s work on protecting and promoting cultural diversity, the Heritage Education for Sustainable Development project aims at strengthening the linkage between culture and education for sustainable development. The purpose of this project is to prepare inventories of communities’ tangible and intangible heritage. Communities engaged in a dialogue on the significance and role of their heritage for ESD, documenting the insights gained and making some proposals for future action.

ESD and Indigenous Knowledge at UNESCO

In 2005, following the request of Mayangna leaders in Central America, UNESCO’s Local and Indigenous Knowledge Systems (LINKS) programme launched a project to record and safeguard Mayangna knowledge and worldviews. The communities chose to focus the first phase of work on fish and turtles, which are their primary source of protein and a vital part of the Mayangna way of life.

The publication captures in meticulous detail the breadth and depth of indigenous knowledge about the aquatic world, weaving together empirical observations on behaviour, habitat, reproduction and migration patterns, with social commentaries on sharing, learning and harvesting, as well as cosmological reflections on human-animal relations and local spirits. It provides a foundation for enhancing biodiversity management by bringing indigenous knowledge on board alongside science.