Historical links between Spain and the Silk Roads

Located at the western end of European Silk Roads, Spain in the Iberian Peninsula has been the platform from which the land and sea routes met and extended to the American continent. Spain is the only country in Western Europe that can boast more than nine centuries of Eastern culture, while closing to the west the circle of silk, having started historically and geographically in China.

The silk industry arrived in Spain with the Arab civilization since the establishment of the Umayyad dynasty in the early eighth century, which led to the settlement in Al-Andalus craft of Syrian origin who introduced the silk manufacturing, from the raw materials to the tissue production. The silk production flourished in Al-Andalus, in connection with the expansion of the cultural, religious and economic activities of the Arab ways of living under the Calpihate of Cordoba. After its disintegration, in the eleventh century, the silk industry mainly developed in the Kingdom of Granada, where it achieved an intense splendor at the end of the Middle Ages (XII-XV).

The relations with the Christian kingdoms of the Western Mediterranean were channeled via sea roads through the city of Valencia, which played an important role as a redistribution center for the Granada silk, with strong ties to northern Italy. During the fifteenth century, the settlement of Italian merchants and craftsmen brought the technology that was being used in Genoa for the production of luxurious silk fabrics.

From 1479, the creation in the city of Valencia of the "Velluters Guild" quickly became the most important craft corporation of the city that innovated and disseminated some new textile techniques through the Iberian Peninsula, both to the Castilian cities, including Toledo said, as to the Andalusian, such as Cordoba, Sevilla and Granada. Some specific innovations and new technologies appeared in Spain. By obtaining royal privileges in 1686, the "Velluters Guild" was allowed to adopt the prestigious name of "Colegio Mayor Art Silk" as a good reflection of the expansion of the Valencian silk reaching a period of splendor. In the eighteenth century, the Kingdom of Valencia held the dual role of being the largest producer of Spanish raw material and dispose of the country's most important manufacturing center territory. In the city of Valencia, about half of the population worked directly or indirectly in the sector.

After 1492 and the Christian Reconquista, an intense restructuration of manufacturing activity happened when the moral was being replaced by mulberry, providing and increasing productivity. On one hand, this culture spread faster in the Kingdoms of Valencia and Murcia, which became the most important producing areas for the peninsula raw material. On the other hand, the Catholic Kings favored the development of the silk industry in their capital, Toledo that became the largest manufacturing center of Spain at the time of the Habsburgs (XVI-XVII).

In addition to meet the demands of the Spanish elite, Toledo silk fabrics, with some of Valencia and Andalusia, they are also marketed in America in the fleets and galleons departed from Seville. The activity shifted to the Mediterranean coast, where among the most important production centers of raw material of the Peninsula, the largest was the Kingdom of Valencia, which took over from Toledo to become the most relevant Spanish Mercer center until late seventeenth century. In addition to the mainland market, its manufacturing is also channeled to the growing American market due to the protectionist policy adopted by the Spanish monarchy. But in the early nineteenth century, the emancipation of the American colonies caused a serious crisis intensified by the competition from the French silk genres in the mainland market, and the spreading of the “Pebrina” epidemic from 1854.

The Itinerary of historic Overland and Maritime Silk Routes

At the time of the Arab conquest, the main roads coming from Syria arrived primarily through North Africa. From the fourteenth and fifteenth centuries, the commercial centers of northern Italy, mainly Venice and Genoa, stimulated trade by sea and during the sixteenth and seventeenth centuries, silk trade and know-how were basically directed to Toledo, which was the main production center Spanish of the time.

In the sixteenth century, Valencia has been consolidated as a commercial and financial pole with shipping lines with major industrial centers, Genoa, Venetia, Tuscany and Portugal. The Port of Valencia acted as an intermediate scale which brought a major boost to the marketing of ready-made silk in Valencia. Subsequently silk fabrics were sent for the American market through the fleets and galleons departed from Sevilla and Cadiz.

In the eighteenth century, the leading producers of silk were Valencia and Madrid which tissues were marketed in the major Spanish cities. Valencia remitted high quality silk tissues by land to Cadiz, where they were acquired and shipped to America. In addition to the peninsular and colonial markets, minor genres of silk were produced in Catalonia and also exported to the European market, which, together with the machining process experienced by the textile sector in the nineteenth century, allowed the further survival of silk manufacturing.

They are noteworthy monuments and landmarks related to the Silk Roads heritage and to the silk industry in the cities of Valencia, Granada, Toledo, Seville, Cadiz, Cordoba, Murcia, Zaragoza, La Palma (Canary Islands), Mallorca, Terassa-Barcelona, ​​all historically connected to the silk activity centers in Spain. 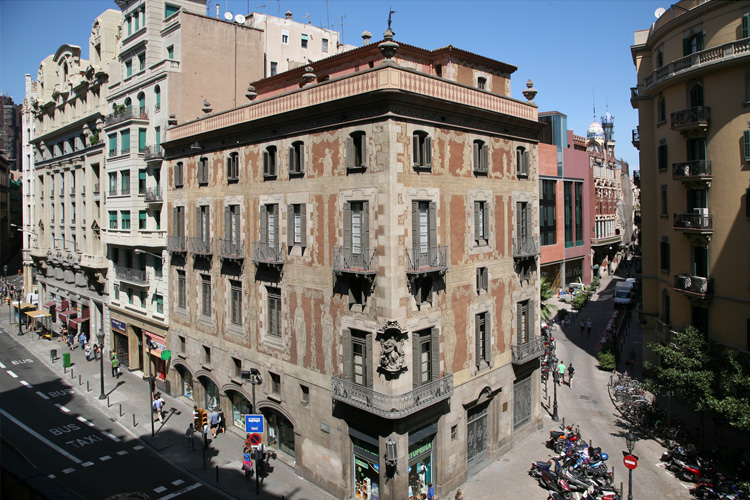 The silk trade activity had undergone a major expansion in medieval Catalonia, but as with other activities, only Barcelona Guilds kept alive the tradition. The Collegi de l'Art Major de la Seda was established as such, in the month of July 1834, by agreement of the Guild of Velers old (founded on November 24, 1533), and the Guild of Velluters (founded the November 22, 1547). 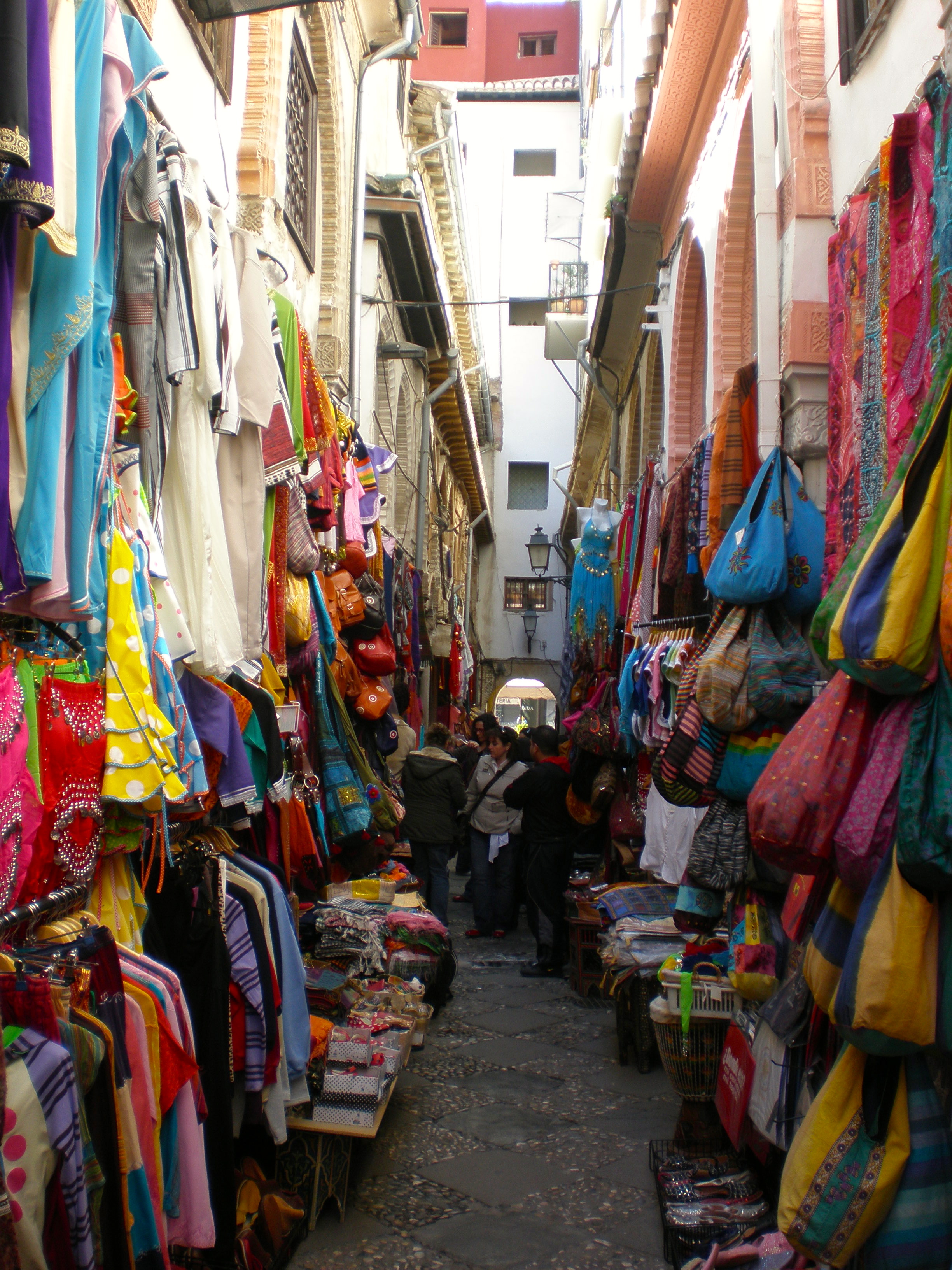 The Alcaicería of Granada is a typical neighborhood from the Arab heritage in Spain (VII-XV) located in the vicinity of the cathedral. Made up of narrow streets around which the houses are lined and the "souk" was located, it has been the market of manufactured and sold silk. In the Arab era, Granada was the center of the last Moorish kingdom (XIV-XV), historically dedicated to marketing and custody of rich merchandise, particularly silk. After the conquest of Granada by the Catholic Kings, the silk activity continued and even increased with the control of the Republic of Genoa. In 1526, some ordinances used the Granada silk as a model to establish and implement this industry in the Spanish America. The city still has important documentary collections at the Archive of the Alhambra and the Archives of the House of Granada. 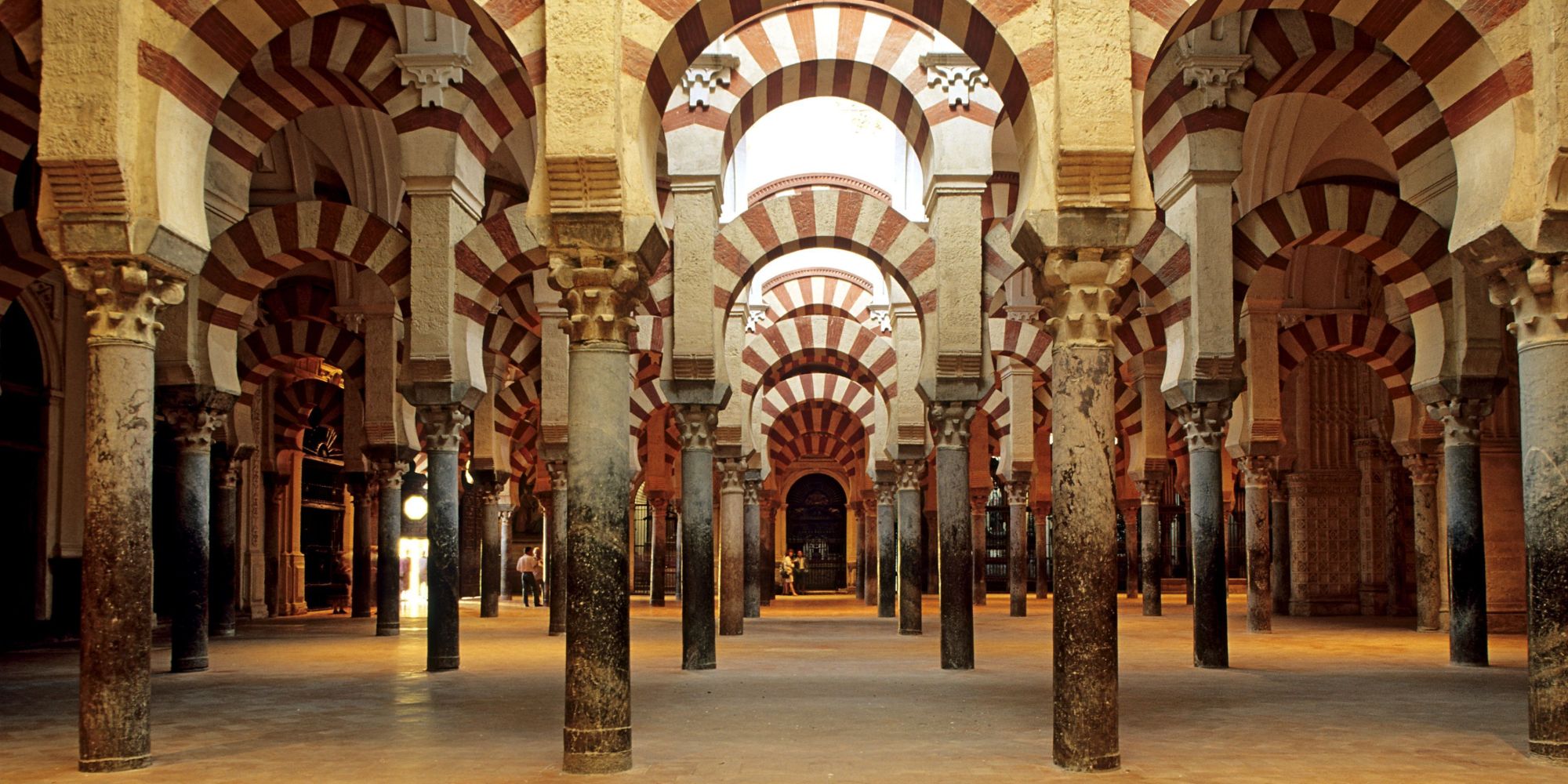 With the arrival of the Arabs in the peninsula and its settlement in Al-Andalus in s.VIII under the rule of Abd al-Rahman I (756-788), first Umayyad emir surrounded by Syrian artists and craftsmen who established his court in Cordoba, the Art of Silk started to flourish in the manufacture of silk called "Tiraz" or Real Workshop. 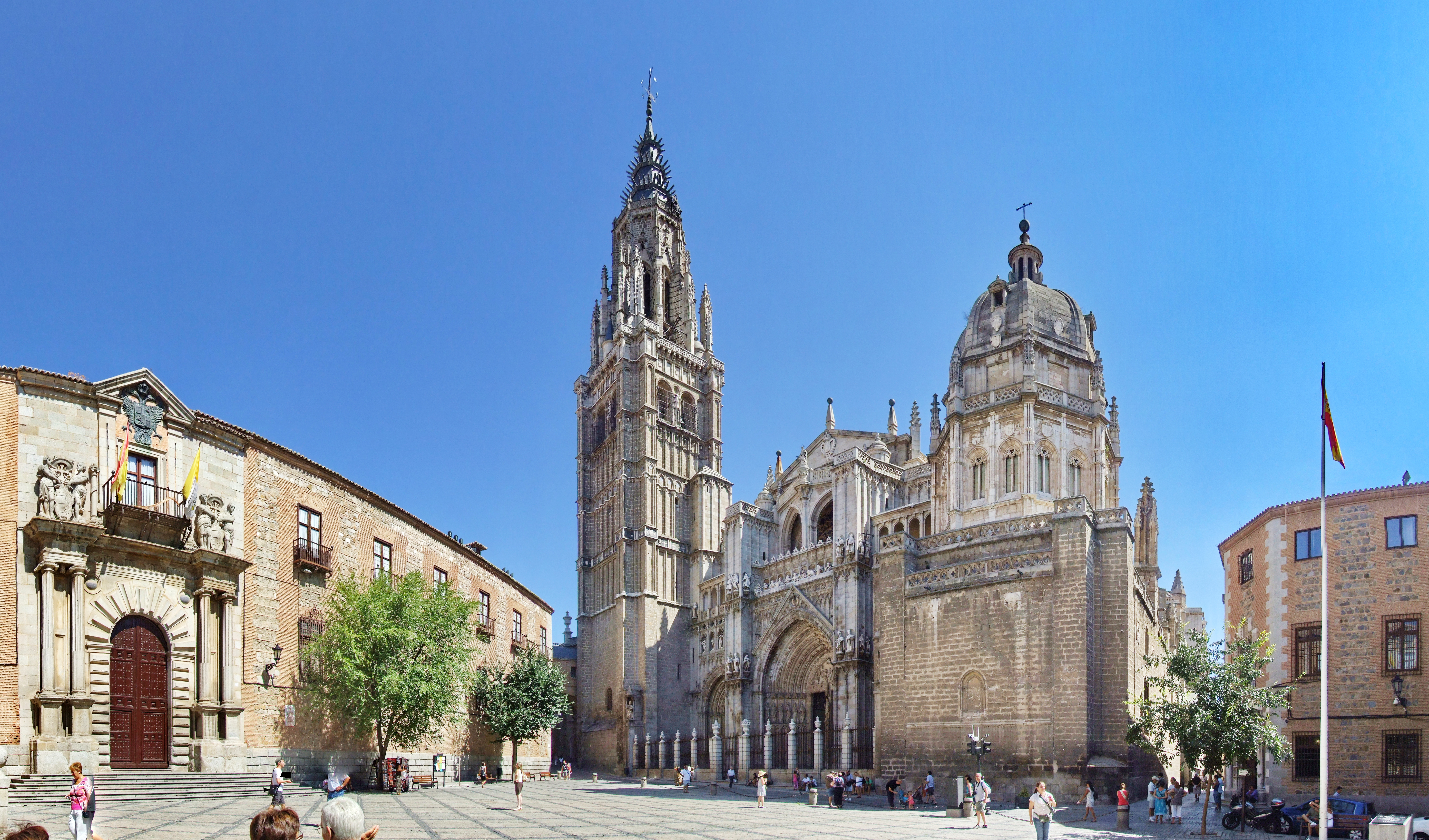 The Toledo silk textile industry, the most important of all the southern sub-plateau of Castile in the fourth quarter of the XV until the mid-seventeenth century, wasof greater significance and scope within Spain. That industry, together with other minor, gave the city the character of immense hive beating to the rhythm of the thousands of looms scattered throughout itsnarrow streets.

In the late fifteenth century, the development of trade in the Mediterranean promoted the production of a wide range of raw materials, including silk in Murcia. The activity related to silk in Murcia concluded practically by 1940-1950. It was an eminently rich territory, producer of raw materials for export mainly to Toledo, Cordoba, Italy, Valencia and Lyon. There is a Permanent Exhibition of Silk in a shack - typical construction of the murciana -orchard located at the headquarters of the Peña Silk orchard in the village of La Alberca (Murcia). The exhibition offers to visitors the opportunity to delve into the ancient ways of life of the pool and in the traditions and customs of the Huerta del Segura. The jewels of this exhibition are tools, equipment and teaching materials related to the silkworm breeding and production of this product, which achieved great splendor in the Huerta de Murcia in the sixteenth and seventeenth centuries.