Safranbolu is a typical Ottoman city that has survived to the present day. It also displays an interesting interaction between the topography and the historic settlement. By virtue of its key role in the caravan trade over many centuries, Safranbolu enjoyed great prosperity and as a result it set a standard in public and domestic architecture that exercised a great influence on urban development over a large area of the Ottoman Empire. The architectural forms of the buildings and the streets are illustrative of their period. The caravan trade was for centuries the main commercial link between the Orient and Europe. As a result, towns of a characteristic type grew up along its route. With the coming of railways in the 19th century, these towns abruptly lost their raison d'être, and most of them were adapted to other economic bases. Safranbolu was not affected in this way and as a result has preserved its original form and buildings to a remarkable extent.

The site of Safranbolu has been occupied by human settlements since prehistory, as evidenced by rock-cut tombs. The Turks conquered the town in the 11th century and in the 13th century it became an important caravan station on the main east-west trade route. Surviving buildings from this early period include the Old Mosque, Old Bath, and Medresse of Süleyman Pasha, all built in 1322.

The caravan trade reached its apogee in the 17th century, when the central market was extended to meet the requirements of travellers. Many buildings survive from this period, including the Cinci Inn with its 60 guestrooms (1640-48), Koprülü Mosque (1661) and Let Pasha Mosque (1796), as well as many stores, stables and baths. Changes in trading structures and the advent of the railways brought this long period of prosperity to an end in the early 20th century. The town underwent a period of economic deprivation until the building of the Karabük steelworks, which provided a great deal of employment in the region.

Safranbolu consists of four distinct districts: the market place area of the inner city, known as, Read more about this site on the UNESCO World Heritage website. 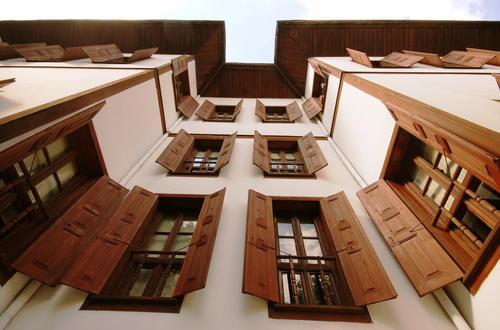 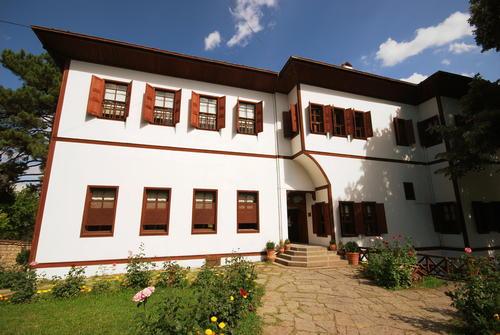 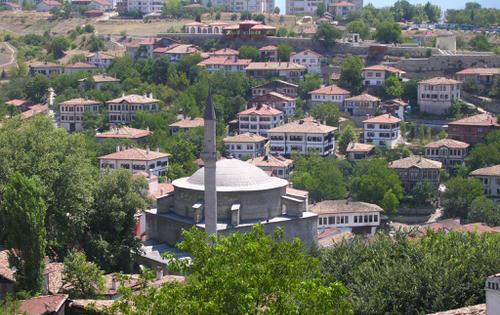 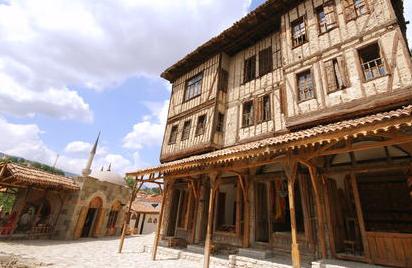 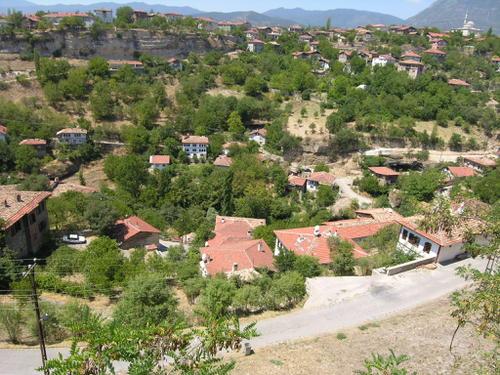