In Khorasan Province, the Bakhshis are renowned for their musical skill with the dotār, a two-stringed, long-necked lute. They recount Islamic and Gnostic poems and epics containing mythological, historical or legendary themes. Their music, known as Maghami,consists of instrumental and/or vocal pieces, performed in Turkish, Kurdish, Turkmen and Persian. Navāyī is the most widespread magham: diverse, vocal, rhythmless, accompanied by Gnostic poems. Other examples include the Turkish maghams Tajnīs andGerāyelī, the religious themes of Shākhatāyī, and Loy, an antique romantic magham, belonging to the Kormanj Kurds of Northern Khorasan. Bakhshis consider one string of the dotār to be male and the other female; the male string remains open, while the female is used to play the main melody. Bakhshi music is passed on through traditional master-pupil training, which is restricted to male family members or neighbours, or modern methods, in which a master trains a wide range of students of both genders from diverse backgrounds. The music transmits history, culture, ethical and religious fundamentals. Therefore, the social role of the Bakhshis exceeds that of mere narrator, and defines them as judges, mediators and healers, as well as Read more about this element on the UNESCO Intangible Cultural Heritage website. 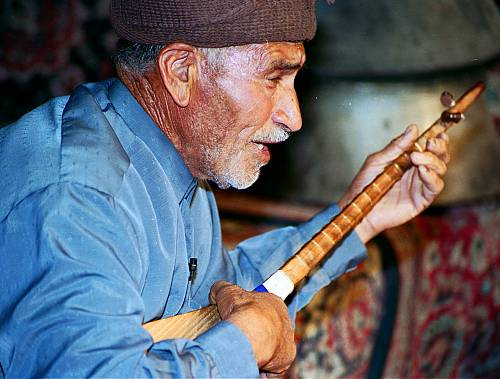 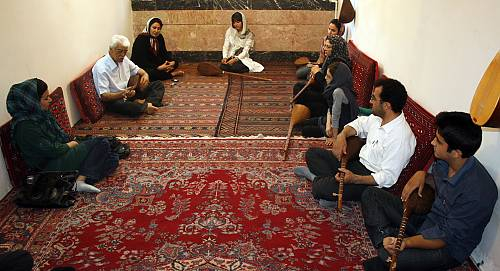 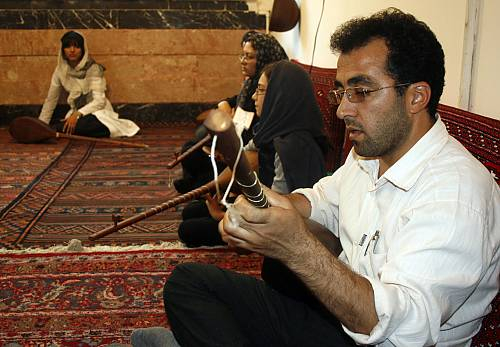 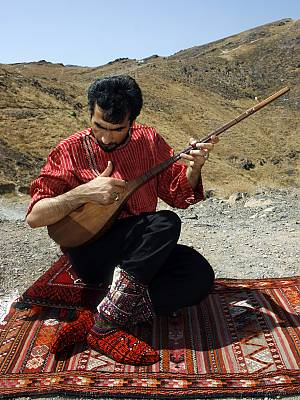 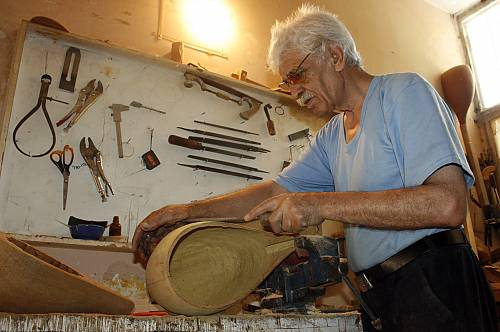