The art of Azerbaijani Ashiqs combines poetry, storytelling, dance and vocal and instrumental music into a traditional performance art that stands as a symbol of Azerbaijani culture. Characterized by the accompaniment of the saz, a stringed musical instrument, the classical repertoire includes 200 songs, 150 literary-musical compositions known as dastans, nearly 2,000 poems in different traditional poetic forms and numerous stories. The regional variations may include other musical instruments, but all are united by a common national language and artistic history. Ashiqs take part in weddings, friendly parties and festive events throughout the Caucasus and appear on concert stages, radio and television, sometimes synthesizing classical melodies with contemporary ones as they continue to recreate their repertoire. Their art is considered an emblem of national identity and the guardian of Azerbaijani language, literature and music. Even as Ashiqs represent the consciousness of a people, they also help to promote cultural exchange and dialogue: Kurds, Lezhins, Talishes, Tats and other ethnic groups living in the country often perform the Ashiqs’ art, and their poems and songs have spread across the region. Read more about this element on the UNESCO Intangible Cultural Heritage website. 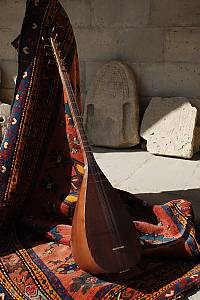 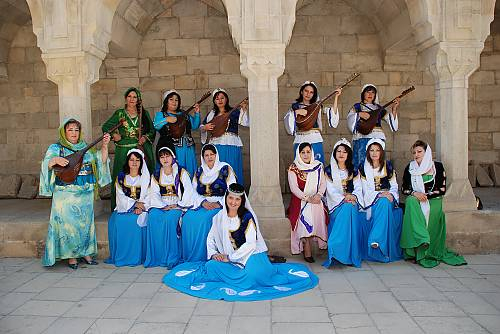 © A. Baghirzade, Azerbaijan Ministry of Culture & Tourism
Previous Next