Abolghassem Mansour-ibn-Hassan Firdausi Tousi (Ferdowsi) was a prominent figure in Iranian poetry and the nationalist poet of the Persian Empire. He was born in the Iranian city of Tous in 941 and died in 1020, ten years after he finished his major epic work, the Shâhnâmeh (Book of Kings). This is one of the classics of the Persian-speaking world and is on a par with the ‘Iliad’ and the ‘Aeniad’ of the Greco-Romano cultural communities. An important feature of this work is that although during the period of its creation, Arabic was the main language of science and literature, Ferdowsi used only Persian and therefore helped to revive and maintain this important world language. Today Persian is spoken by over 65 million people in the Islamic Republic of Iran, Afghanistan, Tajikistan and Pakistan and diaspora communities.
The Shâhnâmeh has also become an important text throughout Central Asia, India and the former Ottoman Empire. It has been copied countless times and three of these copies could be said to have universal value: the “Demotte Shâhnâmeh” made in the early 1300s for the Il-Khanid patron, Giyath al-Din ; the 16th Century “Houghton Shâhnâmeh” ; and the “Bayasanghori Shâhnâmeh”, which was made in 1430 for Prince Bayasanghor (1399-1433), the grandson of the legendary Central Asian leader Timur (1336-1405).
Only the “Bayasanghori Shâhnâmeh” has survived and is kept under lock and key in the Imperial Library of the Golestan Palace in Tehran. The Shâhnâmeh represents the quintessence of aesthetic and literary values of the elite rulers of the Timurid Renaissance who dominated Central and Western Asia in the 15th Century. Read more about this element on the UNESCO Memory of the World website. 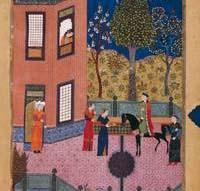 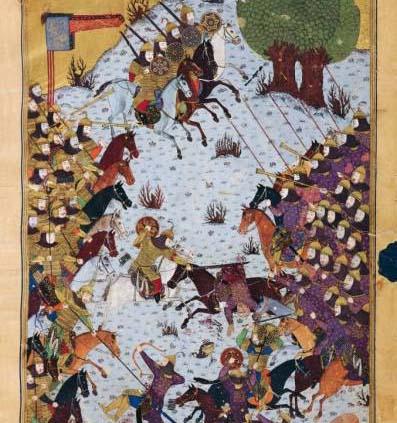