This article is the third in a series on the spread of disease along the Silk Roads which examines the ways in which people have historically responded to illness and explores how we might approach newly arising challenges today. It utilizes the Silk Roads as an instructive example of the benefits of an interconnected world built on collaboration and timely and reliable knowledge sharing. This article outlines the early development of medical botany and pharmacology during the Middle Ages and identifies the role of the Silk Roads in helping fuel an incredible period of scholarship, particularly within the field of medicine, during the 8th and 9th centuries CE.

Throughout history, trade and movement have inevitably played a major role in the spread of infectious diseases such as plague and smallpox. However, whilst disease undoubtedly travelled the Silk Roads, so too did knowledge surrounding the medicinal properties of various substances which might be used to mitigate its effects. In terms of the development of pharmacology, the interconnectedness the Silk Roads facilitated helped create an environment in which the synthesis of a broad array of medical traditions from across Eurasia could be carried out, and allowed for medicinal substances, predominantly plants, to be traded across vast distances. During the 8th and 9th centuries CE, the movement of people and knowledge across the Silk Roads facilitated the widespread translation of work from other parts of the world into Arabic, making a broad array of scholarship accessible to polymaths working in the field of medicine in academic centres such as Baghdad and Cairo. As such, Islamic medicine synthesised existing medical knowledge, including that developed in Ancient Greece and Rome, and combined this with knowledge from other regions along the Silk Roads such as China and the Indian subcontinent.

Two medical fields which benefited greatly from the interconnectedness facilitated by the exchanges along the Silk Roads developed considerably during the Middle Ages; medical botany – the scientific study of the medicinal value of plant life, and pharmacology – the branch of medicine concerned with the uses, effects, and modes of action of therapeutic drugs. The development of pharmacology relied heavily on medical botany, a practice which involved cataloguing the many uses and effects of different plants. Amongst the earliest medical botanists were the Ancient Greeks Dioscorides, who produced one of the first pharmacological treatise in the 1st century CE, and Theophrastus (372-287 BCE) who described and classified many additional therapeutic uses of plants.

Pharmacology began to grow considerably in the Middle Ages. When Islam expanded beyond the Arabian Peninsula to the Iranian Plateau, parts of Central Asia, and North Africa in the late 7th century CE, its growth coincided with a golden age of scholarship across the sciences. During this time Muslim and non-Muslim scholars worked from texts translated from Greek, Persian, and Syriac into Arabic. Major advances in the medical sciences were made that built on the knowledge of previous civilizations, such as Greece, Ancient Mesopotamia, and Iran, and incorporated medical knowledge from other regions which reached the Islamic world via the Silk Roads. Because of this, during the height of the Abbasid Caliphate a pluralistic group of brilliant scholars from all over Eurasia were drawn to the court at Baghdad as well as to other academic centres such as Bukhara, Merv, Gundishapur, and Ghazni. Scholars from this period included the physician Razi (845 CE-932 CE), the polymath Avicenna (980-1037 CE), the polymath al-Biruni (973- around 1050 CE), and the botanist and pharmacist Ibn al-Baitar (1197-1248 CE).

These scholars produced many notable texts including Razi’s most famous medical text, ‘The Comprehensive Book on Medicine’ (Kitab Al-Hawi), on which he laboured for 15 years. The text remained unfinished at the time of his death but was later completed by his pupils. This considerable enterprise, comprised of 30 volumes, covered all branches of medieval medicine beginning with a vast overview of the subject including quotations from Ancient Greek and Indian physicians, complemented by the author’s own commentaries and personal observations. Similarly, Avicenna’s ‘The Canon of Medicine’ (Qanun), an encyclopaedia of medicine in five volumes completed in 1025 CE presented an overview of the medical knowledge of the Islamic world, influenced by earlier traditions including Greco-Roman medicine (in particular the works of Galen), as well as Persian, Chinese and Indian medical traditions. Book two of his canon included a detailed list of medical substances accompanied with essays on their general uses and properties.

The exchanges along the Silk Roads played a vital role in much of this scholarship. Despite describing many Chinese medicines in his work ‘Collections of Simple Drugs and Foodstuffs’, the well-known botanist, Ibn al-Baitar, who travelled as far as the Anatolian plateau collecting plants, did not travel to China. Instead, many of the plants he described reached him via the flow of commercial and cultural exchanges along the Silk Roads. Similarly, Avicenna incorporated knowledge of Chinese medicines into his works, writing about the compound ‘suk’ which was thought to treat heart palpitations and protect the liver from damage. Another of the scholars of this time who wrote pharmacological and pharmaceutical textbooks was Muvaffak, who travelled extensively across the Indian Subcontinent researching medical substances and whose work the ‘Book of the Remedies’ (Kitab al-Abnyia), written in Persian between 968-977 CE, contains descriptions and recipes for 585 medicines, including 466 obtained from plants, 75 from mineral substances and 44 from substances of animal origin.

It is important to note that although many of the medicinal plants in these works have since been replaced with modern drugs that are synthesised in chemical processes, a number of the substances identified as having medical properties in the Middle Ages were effective. Humans have used plant based remedies throughout history to alleviate many common conditions including colds, allergies, and digestive issues. For example, although the pain remedy aspirin is now synthesised chemically, a compound similar to the salicylic acid found in aspirin is present in willow bark which was used throughout the ancient world to successfully relieve pain.

These early studies of the medicinal properties of plants and other substances established the groundwork for the modern branch of medicine known as pharmacology. Using information, translations, and materials from various regions across the Silk Roads, scholars compiled pluralistic collections of medical knowledge. These channels of exchange were highly enriching to the development of many fields of science and it is a testament to the exchanges these routes facilitated that considerable amounts of information reached scholars, who had never themselves been to China or the Indian Subcontinent. 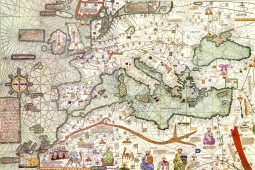 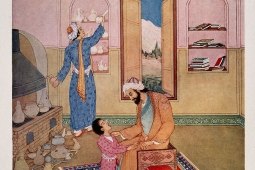 The Spread of Disease along the Silk Roads: Smallpox