Azerbaijan has played a significant role in the development of trade and cultural routes connecting Central Asia with Anatolia, the Black Sea and the west. Situated on the west coast of the Caspian Sea and at the foot of the Caucasus Mountains, major cities of Azerbaijan have welcomed the Silk Roads merchants and travellers from across land and sea while they have been a vital centre for the exchange not only of goods and merchandise, but also of ideas, customs, religions and cultures.

Sheki is one such major city that has kept its importance as a vital hub of trade along the Silk Roads since the Middle Ages which was a period of rich and diverse cultural development in the region. Nestling in the foothills of the Caucasus Mountain, and divided in two by the Gurjana River, the older northern part of the city is built on the mountain while its southern part extends into the river valley.

Sheki's architecture, notably influenced by Safavid, Qajar and Russian building traditions bears witness to the circulation of different ideas and cultures within it. The Khan Palace, situated in the historic centre of Sheki, as well as number of merchant houses, reflect the wealth generated by silkworm breeding and the trade in silk cocoons from the late 18th to the 19th centuries.

Historic Centre of Sheki with the Khan’s Palace

Sheki’s historic centre, rebuilt after the destruction of an earlier town by mudflows in the 18th century, is characterized by a traditional architectural ensemble of houses with high gabled roofs. The structure of the Khan's Palace combines red brick with red cobblestone and does not contain a single nail. The facade of the palace, facing to the South, has a lattice frame with a set of colourful traditional mosaic (shabaka). The historic centre, with the main shopping street, public buildings, bathhouses, shops and workshops of craftsmen, silk production factories, cooperatives and individual residential houses, has retained a historic townscape of high quality and authenticity. In the northern part of the city sit the ruins of the once impregnable fortress “Galarsan-Gorarsan” (“Come and See”) dating from the 15th-18th centuries. Whilst the Upper and Lower Caravanserais were built in the 18th century.

The Sheki’s caravanserais used to be centres for exchanges and negotiations for merchants and other people travelling along the Silk Roads and also provided a place to stay overnight in the city. With all these varied interactions taking place, Sheki flourished as a cosmopolitan city that accommodated and adapted its culture as new influences and cultural elements arrived via the Silk Roads. These varied cultural influences are evidenced today by the cities religious diversity apparent in its numerous mosques and churches. With the spread of Christianity, early Christian Albanian churches appeared in the city and its surroundings. The best-known temple is located in a small mountainous village, Kish (1st–2nd centuries) whose shrine became an “ancestress of the churches in the East”. 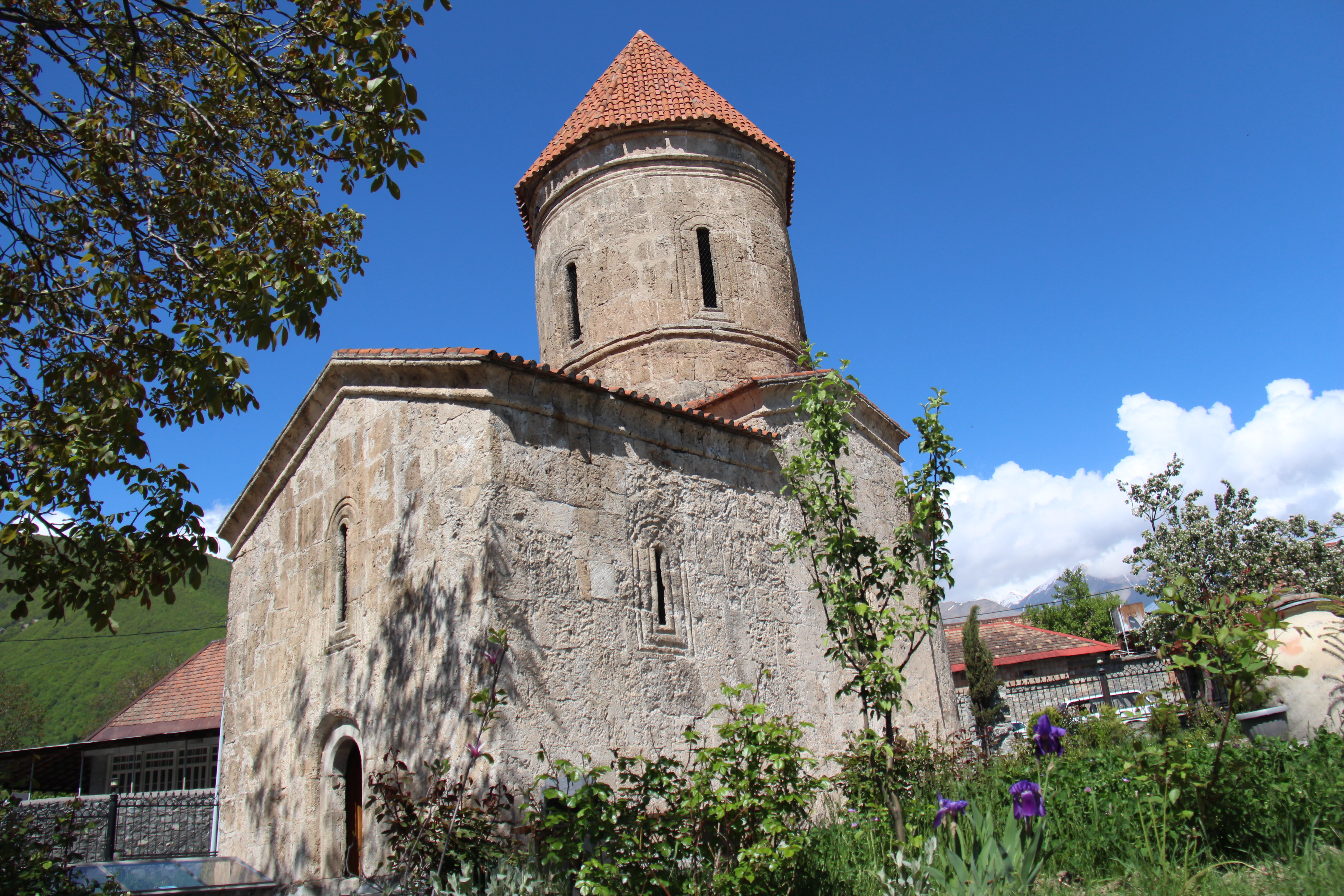 Moreover, as these travellers halted to trade, local goods from Azerbaijan and surrounding regions in the Caucuses were also woven into the wider Silk Roads. For instance, high quality metalwork, ceramics, silk and wooden goods were produced by Azerbaijani craftsmen and sold on in this way. The Azeri carpets would be the most well-known examples of these goods, which remain famous today for their colourful, intricate and striking designs, reflecting diverse cultural influences of the Silk Roads.

Benefiting from its reputation, Sheki continues to play an important role in promoting Silk Roads heritage, through different initiatives such as the Silk Way International Music Festival that the city hosts and through reviving caravanserais which represent Silk Roads traditions to any modern travellers.