Located on the south-east coast of China, the city of Quanzhou was one of the most important Chinese ports along the historic Maritime Silk Roads. Known as Zayton (or Zaitun) by traders arriving from the Arab world, the port has welcomed sailors and travellers from many different cultures and religions as they traversed these routes. Commercial and cultural interaction between the city and other regions, particularly around the South Sea, can be dated to as early as the Chinese Southern Dynasties of the 6th century AD. Subsequently, the port was one of the four major Chinese ports in use under the Tang dynasty (618–907 AD) and went on to become the largest port in eastern China during the Song dynasty (960-1279 AD) and Yuan dynasty (1271—1368 AD). It was also linked with around one hundred other ports along the Maritime Silk Roads, including Madras in India, Siraf in Iran, Muscat in Oman and Zanzibar. From the 10th century, Erythrina variegata trees have been planted around the harbour entrance to welcome and impress sailors with their eye-catching red flowers, and the Chinese name for the plant, Citong(刺桐), is reflected in the city's Arabic nickname of Zayton.

A number of famous medieval explorers, such as Marco Polo, Friar Odoric of Pordenone, and Ibn Battuta, visited Quanzhou and wrote descriptions of the port as one of the biggest harbours in the world, with ships of all sizes and provenances docking and setting sail, and a vibrant market in which merchants from across many different regions exchanged their wares. It also appears that Marco Polo set off on his mission to accompany a Mongol Princess for her marriage ceremony in Persia (Modern Iran) from Quanzhou.

This glorious past is attested by several historic sites linked to the maritime Silk Roads in Quanzhou. Shipwrecks excavated in Quanzhou bay and the South China Sea testify to the prosperity and vibrancy of the port, such as the wreck of a sailing ship with a wooden hull, unearthed in Houzhu Harbor (Quanzhou Bay). This three-masted ocean-going commercial vessel seems to have been originally built in Quanzhou in the 13th century, and at the time of the wreck, was returning from South-East Asia loaded with spices, medicines and other merchandise. Additionally, as well as being one of the major hubs of commerce and exchange along the Maritime Silk Roads, Quanzhou was a leading centre for shipbuilding and the development of navigation technologies during the Song dynasty.

Sailors, merchants and explorers came together in Quanzhou from across many different regions of the world, and their continual presence in the city contributed to the development of peaceful coexistence between the many different ethnic and religious groups in the city, including Buddhists, Hindus, Taoists, Nestorians, Manichaeans, Jews, Catholics and Muslims. This is illustrated by the diversity of historic religious sites and monuments in the city of Quanzhou. The Kaiyuan temple, with its twin pagoda towers, is one of the oldest Buddhist temples in China, whilst the Laojun statue, which is the biggest Chinese stone statue of its kind, illustrates the presence of Taoism. The Qingjing Mosque, furthermore, is China's oldest mosque, and stands as a witness to the long-lasting interaction between Quanzhou and the Arab-Islamic world. Additionally, the Cao An (Thatched Hut) Manichaean temple hosts the only stone statue of the Manichaean prophet, Mani.

Furthermore, a number of civic monuments such as the stone-beam bridge, Luoyang, and the scenic long bridge, Anping, not only stand as witnesses to the prosperity of the Quanzhou-Zaitun harbour, but also reflect a blend of Chinese and other cultures in their design and architecture.

In recognition of the role played by Quanzhou as one of the major ports along the Maritime Silk Roads, a team from UNESCO visited the city in 1991, as part of the Organization’s Maritime Silk Road expedition. Over the course of a five day stay, in addition to numerous meetings and discussions between renowned international and local Silk Roads experts, UNESCO recommended the establishment of a Maritime Silk Roads study center in the city. 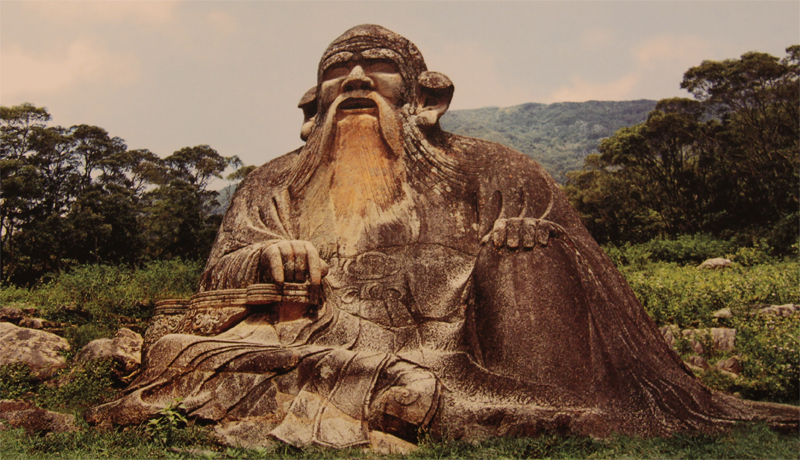 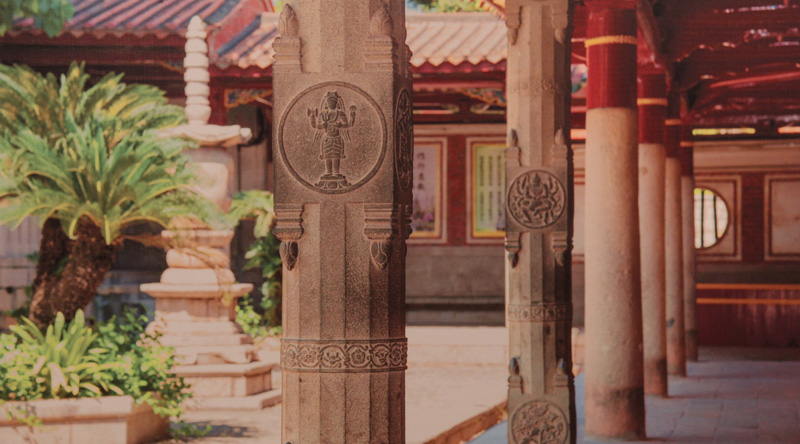 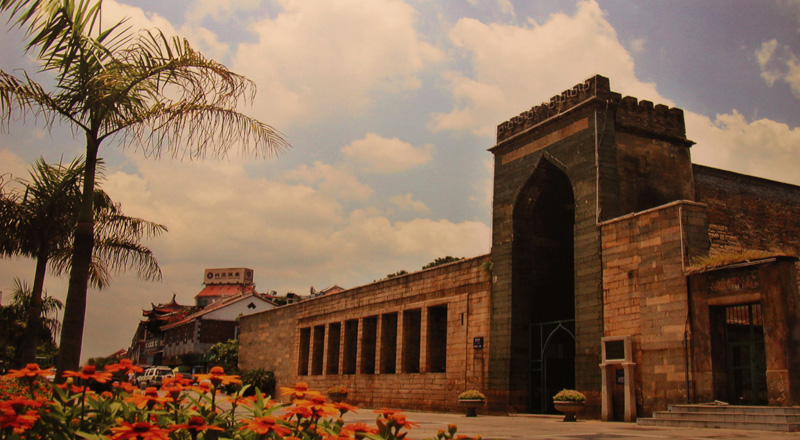 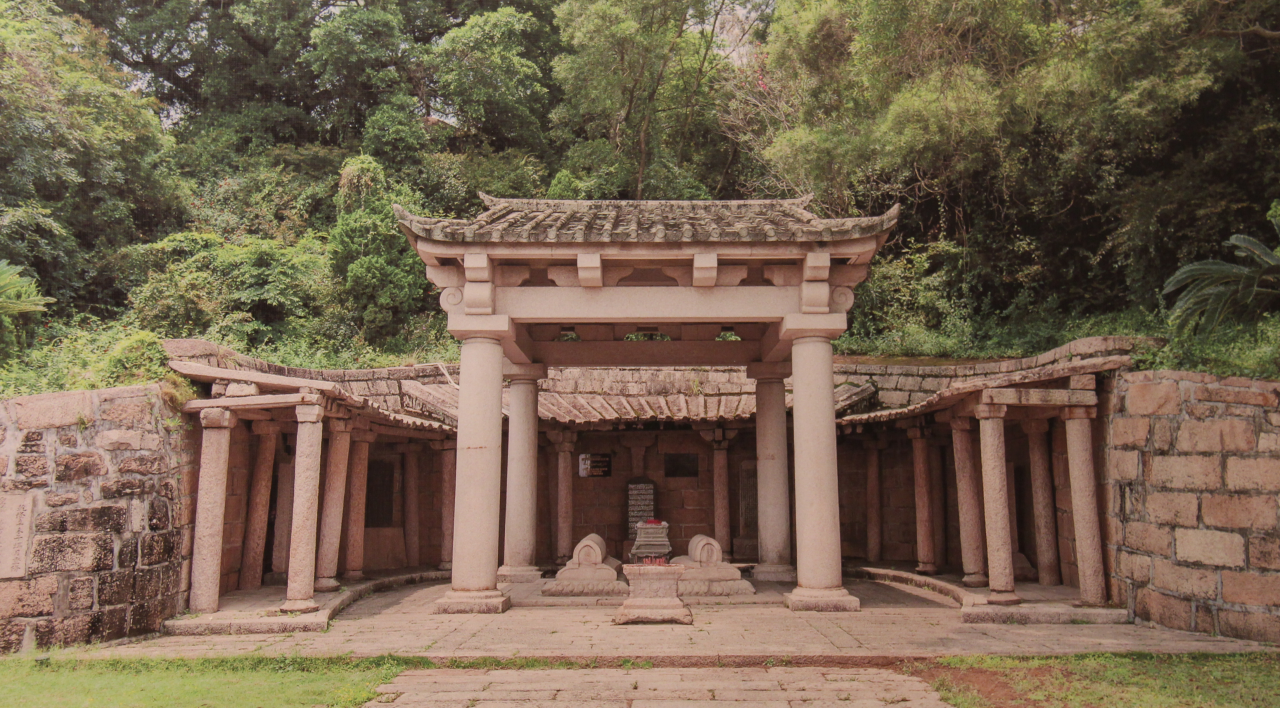 Holly tombs of two companions of prophet Mohamed in Lingshan. Based on historical resources they were sent to East to preach Islam / © Municipality of Quanzhou 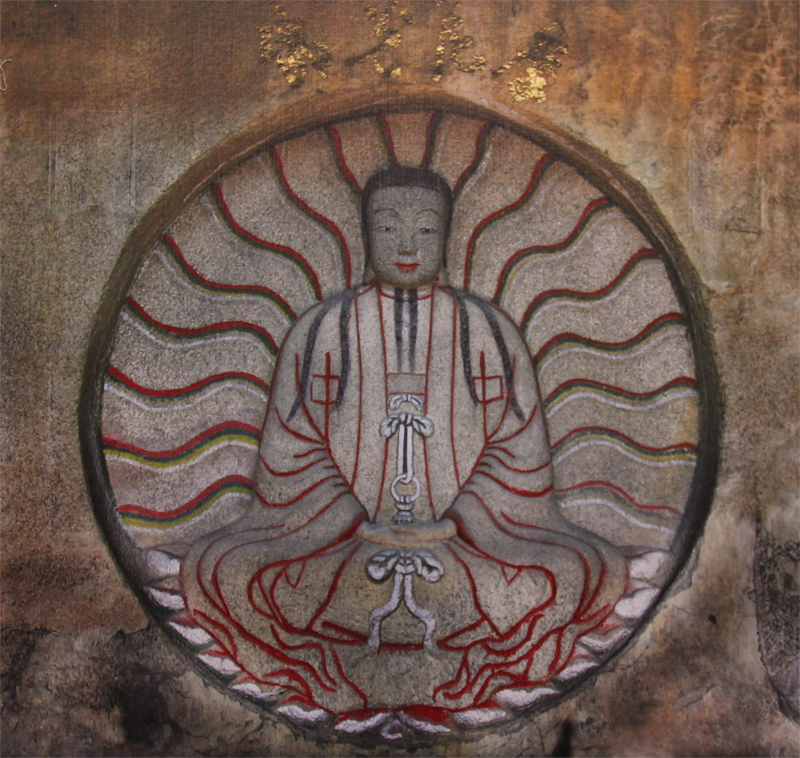 A unique statue of the Manichean prophet, Mani in the Quanzhou Cao An Manichean Temple / © Municipality of Quanzhou 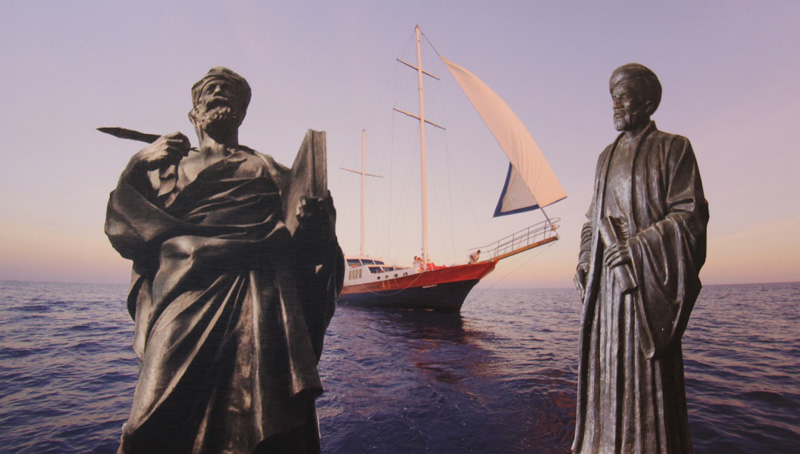 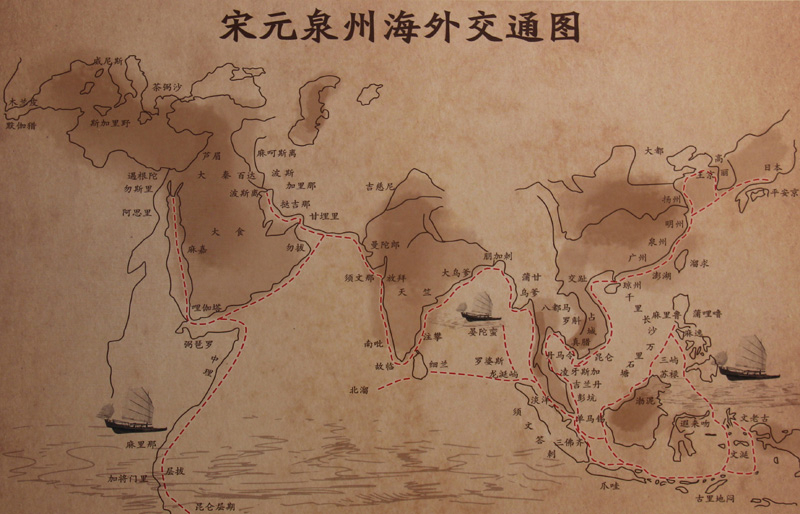 An ancient map of the Maritime Silk Roads/ © Quanzhou Municipality 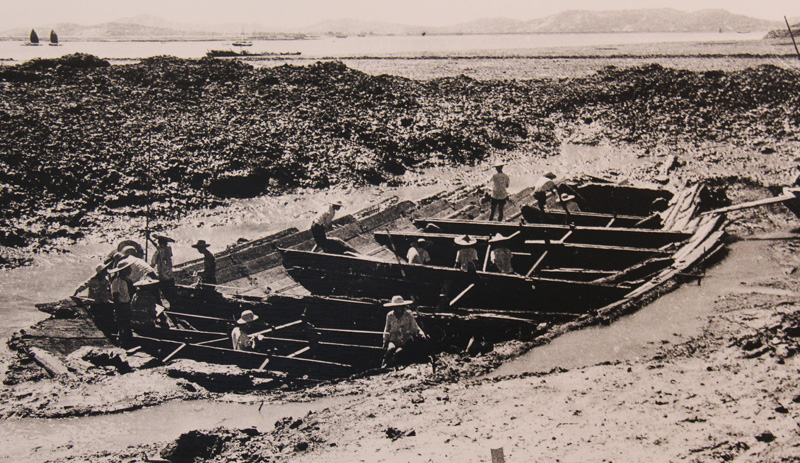