The Silk Roads were a driving force behind significant cultural exchange across many different parts of the world. Throughout the long history of these routes, a blending of civilizations and people resulted in the sharing of various knowledge bases and the creation of pluralistic disciplines of scientific study still recognised today including medicine, mathematics, geography, cartography, and astronomy. There were also a number of areas of academic enquiry enriched by these exchanges that are generally no longer considered sciences, such as alchemy, but which nether the less form an important part of the shared heritage and legacy of these routes and which played important roles in the development of the sciences. A key example of such a discipline is astrology, a broad field concerned with the search for meaning and predictive information in the sky.  Through closely observing and monitoring the location of the stars and planets, astrology sought to understand human behaviour and predict events based on the influence of these celestial bodies. The practice probably began as soon as humans first started to observe astronomical cycles, with some of the earliest evidence dating from the 3rd millennium BCE. Throughout much of history, and up until the 17th century, astrology was considered an academic discipline across much of Eurasia. In fact, astrology was commonly accepted in political and cultural circles with astrological concepts applied in other fields including alchemy, meteorology, and traditional medicine.

Along the Silk Roads, foreign systems of astrology were adopted in China during the Tang (705 – 907 CE) period. In particular the practice of ‘horoscopy’, predictions made by an astrologer based on the position of the sun at the time of a person’s birth or on the calendar significance of an event, was incorporated into the existing Chinese astrological framework, which was itself based on ideas from the Iranian Plateau. Due to its close links with other sciences during this time, astrology often acted as a medium of transmission of other knowledge bases, predominantly from Indo-Iranian sources, and especially within astronomy and the close mathematical observation of the stars and planets. Additionally, a lot of Chinese horoscopy from this period was derived from Hellenistic works such as those of Dorotheus of Sidon transmitted to China along the Silk Roads via Indo-Iranian intermediaries. Similarly, Indian astrology was often introduced into new regions of Central Asia, the Iranian Plateau, and China alongside the introduction of Buddhism, another significant shared legacy of these trade routes. Early Islamic astrologers also included numerous Indian theories in their works, most of which reached them via texts written in Middle Persian during a time in which direct translations into Arabic of many scientific texts from Ancient Greek and Indian sources were made. One of the most important scholars who transmitted Indo-Iranian astrology is the well-known ninth-century astrologer Abu Ma’shar (787 – 886 CE) from Balkh, who combined Hindu, Sasanian, and Hellenistic traditions in his highly influential work “Book of Thousands”.

However, in Medieval Central Asia, where astrology was a popular subject of study, there emerged two distinct versions of the discipline. One was established around mathematical theories and precise astronomical measurements and the other on the interpretation of magical elements in order to make predictions. The famous polymath Al-Biruni was one of the first scholars to make this distinction in the late 10th and early 11th centuries CE. He differentiated astrology from astronomy considering the former more of an art or practice and criticised its weak mathematical and scientific foundations. Moreover, he emphasized his theory that astrology is not a science through analysis of the astrological doctrines of Ancient Greece, the Indian subcontinent, the Iranian Plateau and Central Asian regions.

Despite its eventual rejection as a science, astrology nether the less played an important role in the history of the development science along the Silk Roads, forming a regular part of what was known as ‘natural philosophy’. The belief in the influence of the celestial bodies motivated scholars throughout history to spend a considerable amount of time carefully observing the night sky, the stars, and the planets, often doing so with incredible detail and accuracy in the belief that this made forecasts more reliable. These observations had many useful, albeit unintended, consequences within the science of astronomy. For example, astrological calculations by the ancient Babylonians led to new discoveries in geometry and observing and measuring the heavens helped in the development of accurate instruments such as the astrolabe, a handheld instrument used by astronomers throughout classical antiquity, the Islamic Golden Age, and European Middle Ages for a range of scientific functions. Despite the differing beliefs surrounding its relative scientific merits, astrology in Ancient and Medieval times was closely linked with astronomy with both fields taking on significant developments thanks to a synthesis of cross-cultural knowledges from different regions connected by the Silk Roads. 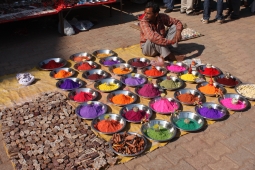 Prior to the invention of any form of printing, creating texts was a highly time consuming and labour intensive process in which texts had to be copied out by hand from an original manuscript. 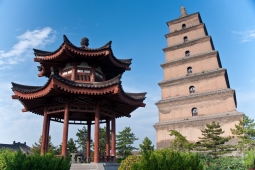 The termini, or start and end points, of the various routes which made up the Silk Roads were often sites of intense interactions and exchanges resulting in the formation of large cosmopolitan cities centred around this mercantile activity. 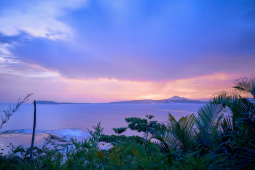 Madagascar on the Maritime Silk Roads

From the 9th to the 12th century CE merchants from the Arabian Peninsula and Iranian Plateau began to embark on extensive trade with the East African coast, peaking between 1200 – 1500 CE. 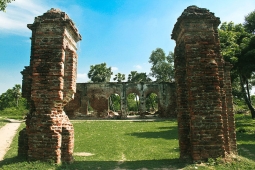 Throughout history the Indian Subcontinent has had extensive commercial links with regions to the west through both overland and maritime trade.