Derbent occupies the western Caspian Sea coast, close to the mouth of Samur River in the South and Rubas River in the North, and the Sukhodol River, which forms the narrow gateway between the Caspian Sea and the Caucasus Mountains. Derbent played an important role in the development of the Silk Roads; it was located on the Caspian trail, which was of strategic importance, connecting the Europe and Western Asia.

Derbent claims to be one of the oldest cities in the world and the southernmost one of the Russian Federation. It is believed to be 5, 000 years old, which was defined during archaeological excavations led by A. A. Kudryavcev.

The significance of the Caspian passage, made it of strategic importance to the numerous nomad and steppe’s tribes such as the Scythians, the Sarmatians, the Mongols, the Alans etc. This was one of the most important Silk Roads corridors as the crossroads of civilizations connecting the East and the West, the North and the South by the maritime and land routes. Derbent was one of the important cities along the Silk Roads.

The Seleucid Empire expressed great interest in this city, where Seleucus I organized the first expedition in 290-281 years BCE. Lucullus and Pompey led military campaign in Caucasus in 66-65 years BCE, and their aim was to seize Derbent.

According to the history of Derbent, the fortress of this Caspian area was under the rules of the Albans, the Persians, the Arabs and the Russians. Peter the Great received the key to Derbent, during the Persian campaign known also as the “Lezgin campaign of Peter I in Persia”.

According to numerous authors the most important fact in the history of Derbent as part of Caucasian Albania was the adoption of Christianity in 313. So the city became the State outpost and the main Christian stronghold against Zoroastrianism and other pagan religions.

Derbent underwent great development since V century BCE and the fortress was built in order to defend Western Asia from various nomad and steppe tribes.

Under Yazdegerd I in 439-457 the fortress was built on a pre-existing foundation, installed by the local Albanian origin population. Under Khosrow I Anushiruwān, under whom according to the legend, the walls were built. In 488-531 AD, more than 60 kilometers of the wall were replaced by raw masonry walls (remains of which still exist).

The fortress has survived to the present day. From the fortress, located at the foothill of the mountain range, there were two walls that continued to the sea and blocked the passage of the Caspian in order to protect the city and the trade route.

The new stage of city's development is associated with the Arabs invasion in VII century AD; they were able to get the power in Derbent only under Maslama ibn Abd al-Malik in 733-734.

A witness to the era of the great migration of people, one of the main strongholds of the Great Silk Road and an outstanding monument of defensive architecture, the fortress complex of Derbent has safeguarded various empires over 1,500 years of its existence. It includes a fortress, Naryn-Kala, which are the two city walls, which completely blocked the passage and extended till the sea, forming a port.

In 2003, UNESCO recognized the old part of Derbent as a World Heritage site. 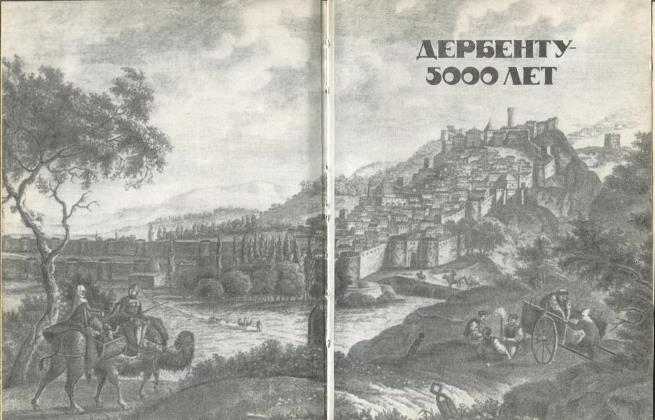 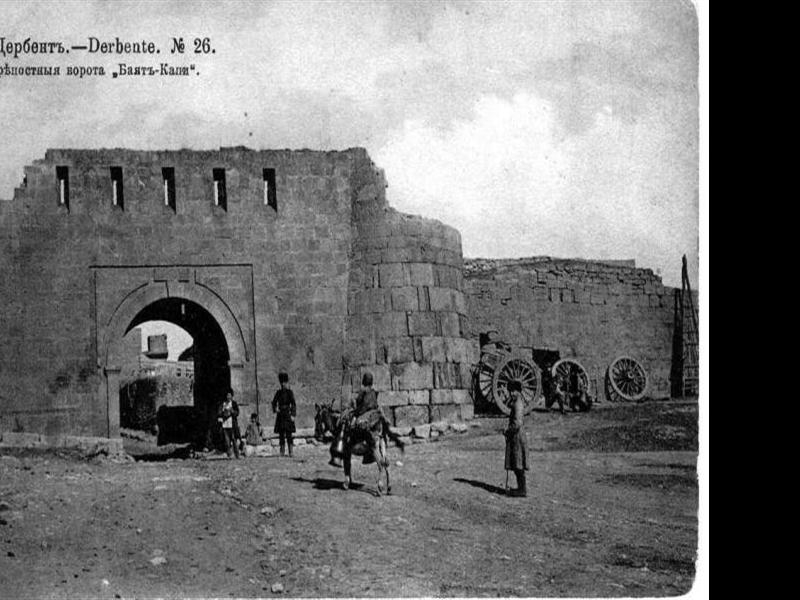 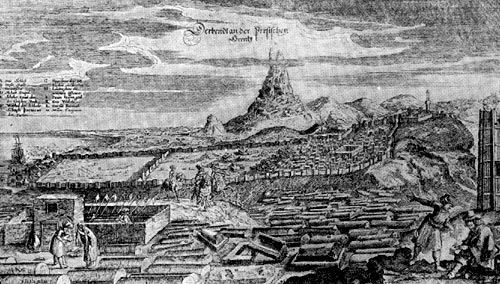 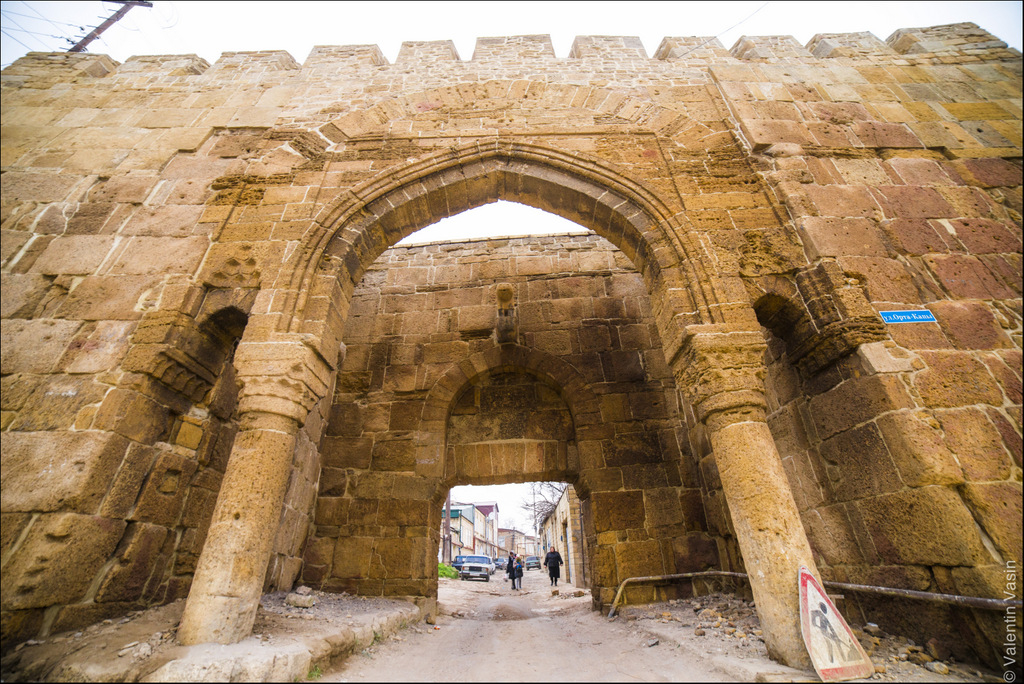 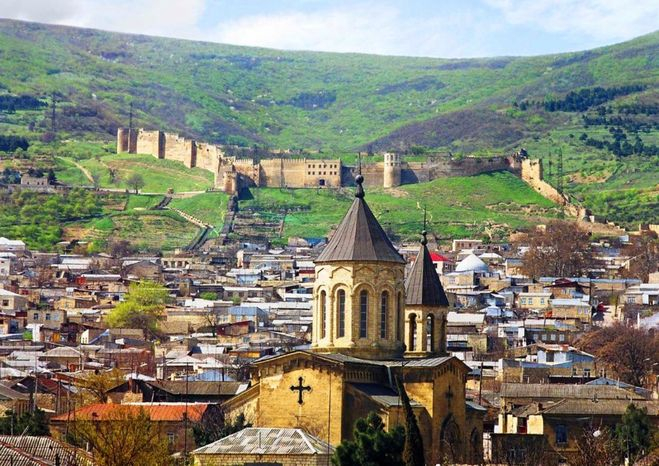 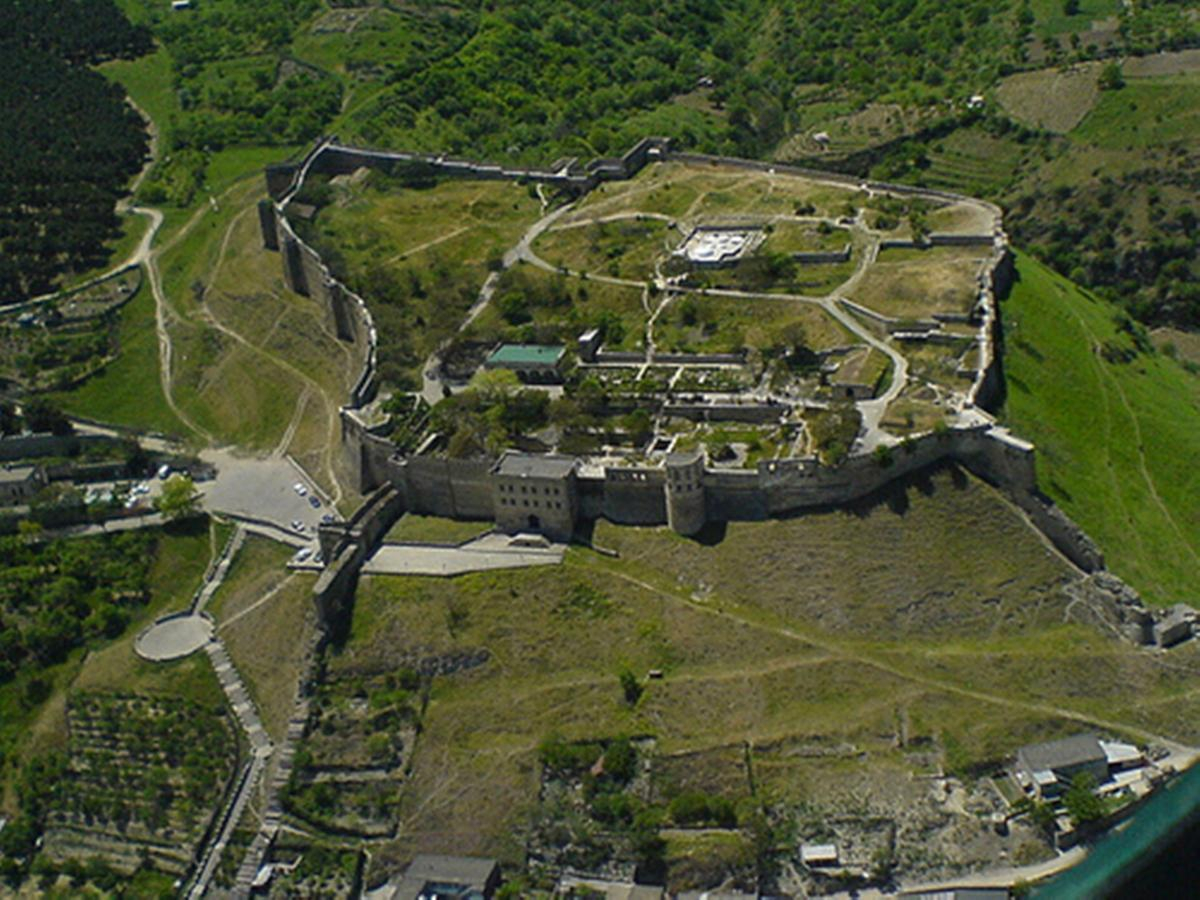 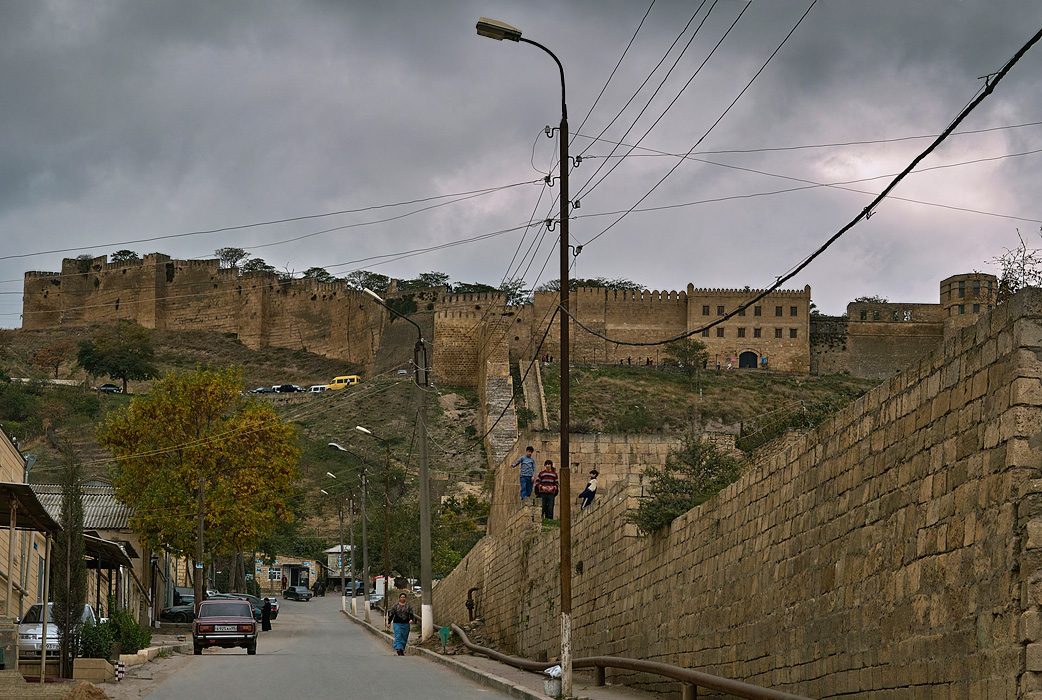 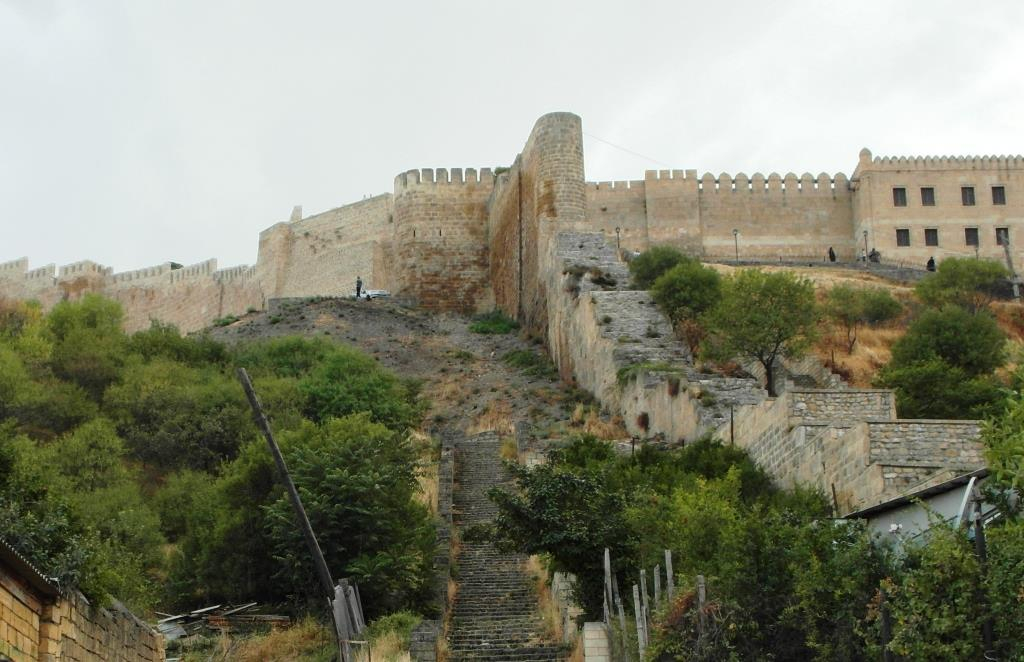 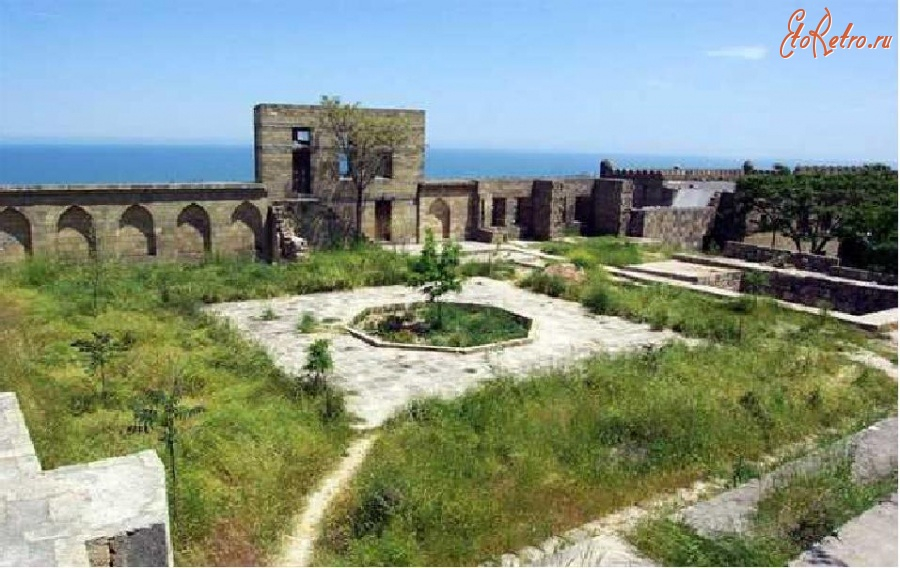 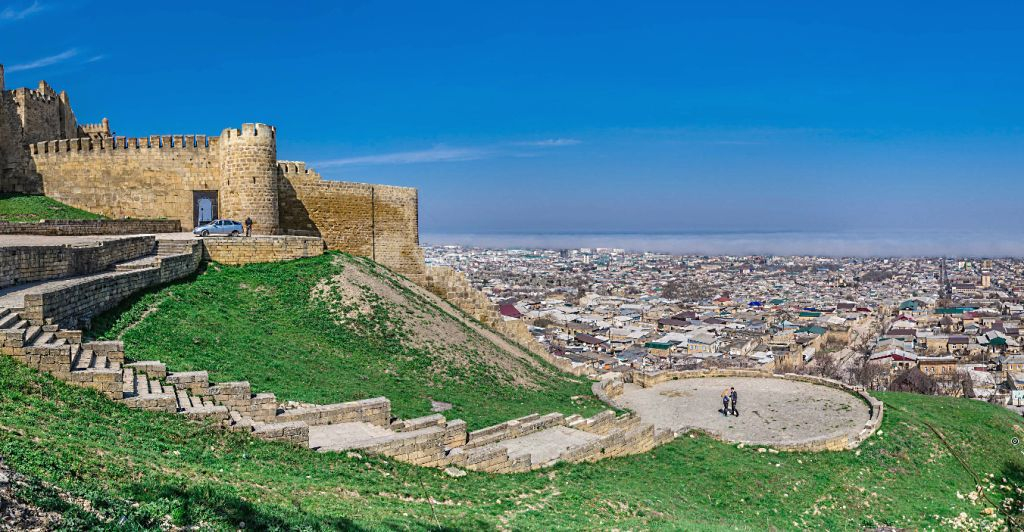 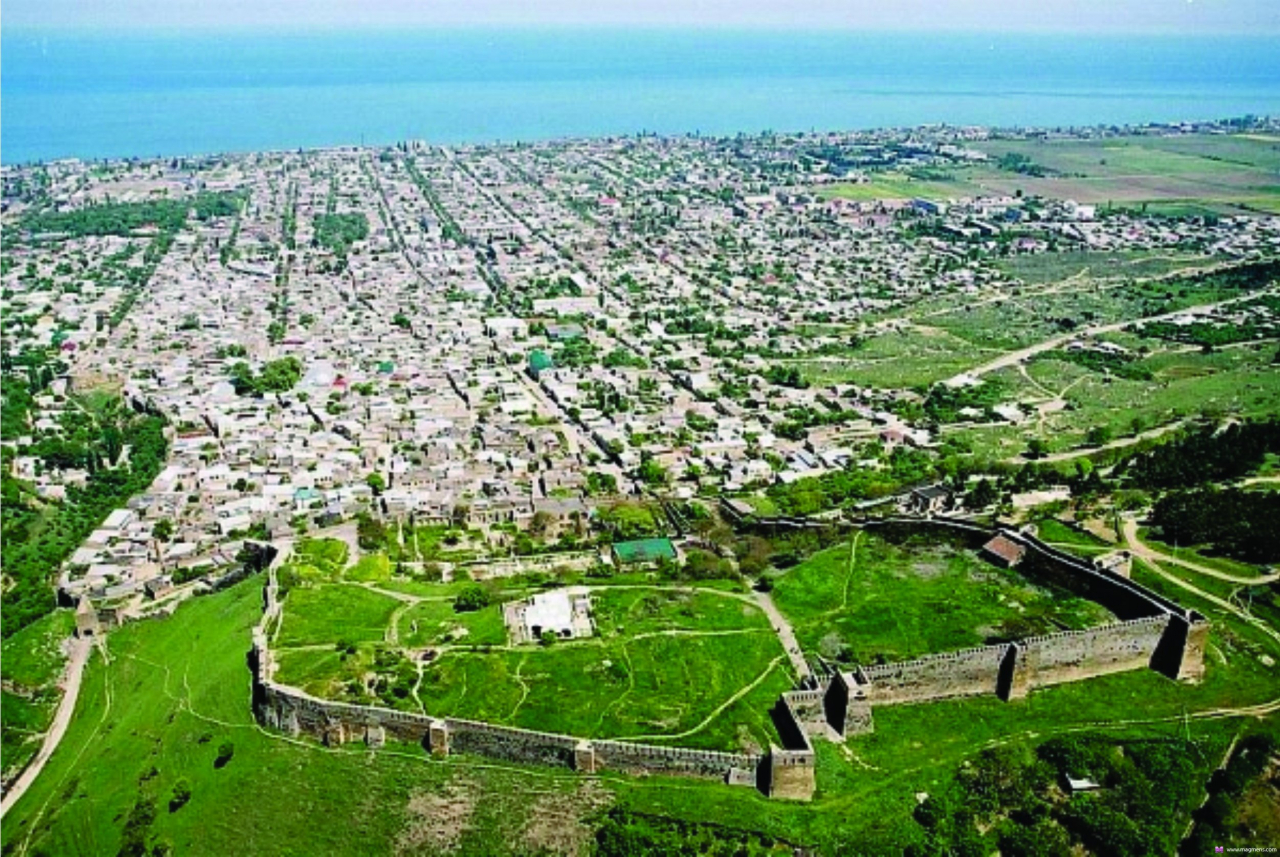