Nestled against the slopes of Mount Uludag (the ancient Mount Olympus) in Western Anatolia, Bursa emerged as an important town in Classical Antiquity. Of major significance for the city's future was the inauguration of the silk industry in Byzantium under Emperor Justinian, as a result of which Bursa would eventually become a centre of silk production and trade.

Bursa's greatest era of political importance was connected with the expansion of the Ottoman Empire in the early 14th century AD, although in fact Turkish settlement in the region began in the 11th century, when for a time it was conquered by the Seljuqs. The famous Moroccan traveller Ibn Battuta visited the city in 1331, just after the Ottoman takeover, and wrote of it as a great city with fine bazaars and wide streets, surrounded on all sides by gardens and running springs.

For the better part of a century (until 1402), the Ottoman capital remained in Bursa; its position as the family seat explains why so many of the Ottoman royal tombs are located there. All of the 14th century Ottoman rulers are buried at Bursa, starting with Osman, the founder of the empire. Many of its buildings occupy a significant place in the history of the evolution of Ottoman architecture, such as the Ulu Camii, the main mosque of the city, built under the patronage of the Sultan Bayezid I Yildirim (1389-1402), the elegant Green mosque (constructed 1414-1424) and a number of major imperial tomb complexes. However, in 1402, Bayezid went to war with Tamerlane (the founder of the Timurid Empire), apparently in an effort to gain control of the lucrative silk route all the way to Tabriz in northern Iran. Tamerlane crushed the Ottoman army at Ankara in 1402, and the capital was moved to Edirne (formerly Adrianople) in 1413.

Throughout the ups and downs of its political history however, Bursa continued to be extremely important in the Ottoman silk trade, acting as a focal point for the importation of silk from China via Persia, and also, more unusually, as a centre for its production.

Thanks to the relative peace across Asia under Mongol rule, supplies of Chinese silk to the West were substantial in the late thirteenth century. However, the disruptions resulting from the breakup of the Mongol Empire stimulated the growth of Iranian silk production as a major alternative source for the markets of the West. Italian merchants, notably the Genoese, were key partners in this trade; it is significant that they obtained trading privileges from Ottoman Sultan Orhan in 1352. Merchants from Byzantium (and later the Ottoman Empire) would meet their Iranian counterparts at Bursa, and obtain silk, spices and other eastern products from them. Western woollen cloth was particularly valued in exchange. Between 1487 and 1513, the imports of raw silk into Bursa from the East reached record levels (some 120 metric tons a year). At that time, the population of the city was some 5000-6000 households.

However, the rivalry between the Ottomans and the new Safavid dynasty in Persia in the 16th century led to frequent disruptions of the city's prosperous trade. Frequent wars forced silk producers to seek alternative trade routes to those through Anatolia, and a combination of increasing Western demand and interruptions of Iranian supplies led to substantial price increases for Bursa raw silk by the early 1580s and on into the middle of the 17th century.

As such, knowledge about the production of silk itself was a huge advantage to any ruler, and indeed, from the early Middle Ages, Bursa was also distinguished as a western centre for the production of silk. Detailed Byzantine regulations of the various aspects of silk manufacture illustrate its importance as a quintessentially royal fabric and an important source of revenue for the crown. Additionally, the needs of the Byzantine Church for silk garments and hangings were substantial. Knowledge about silk production seems to have been acquired by the west as early as the 6th century AD. The process seems to have been a closely guarded secret. The 6th century historian Procopius wrote:

About the same time [ca. 550] there came from India certain monks; and when they had satisfied Justinian Augustus that the Romans no longer should buy silk from the Persians, they promised the emperor in an interview that they would provide the materials for making silk so that never should the Romans seek business of this kind from their enemy the Persians, or from any other people whatsoever. They said that they were formerly in Serinda, which they call the region frequented by the people of the Indies, and there they learned perfectly the art of making silk. Moreover, to the emperor who plied them with many questions as to whether he might have the secret, the monks replied that certain worms were manufacturers of silk, nature itself forcing them to keep always at work; the worms could certainly not be brought here alive, but they could be grown easily and without difficulty; the eggs of single hatchings are innumerable; as soon as they are laid men cover them with dung and keep them warm for as long as it is necessary so that they produce insects. When they had announced these tidings, led on by liberal promises of the emperor to prove the fact, they returned to India. When they had brought the eggs to Byzantium, the method having been learned, as I have said, they changed them by metamorphosis into worms which feed on the leaves of mulberry. Thus began the art of making silk from that time on in the Roman Empire.

This activity took place, overwhelmingly, at Bursa, and although trade (particularly of raw silk) remained central to Byzantine silk markets, this was nonetheless an innovation that gave the city a special status as provider of this vital commodity.

The production of silk itself in Bursa was not widespread until the late 16th century, when we have the first documentation for the raising of mulberry trees. The only new guild established in the 17th century was that of the silk spinners, which was quite small when first mentioned in 1678. However, silk production in Bursa continued to grow, reaching a peak in the nineteenth century and, even today, silk cocoons are traded in the medieval market place of the Koza Khan. 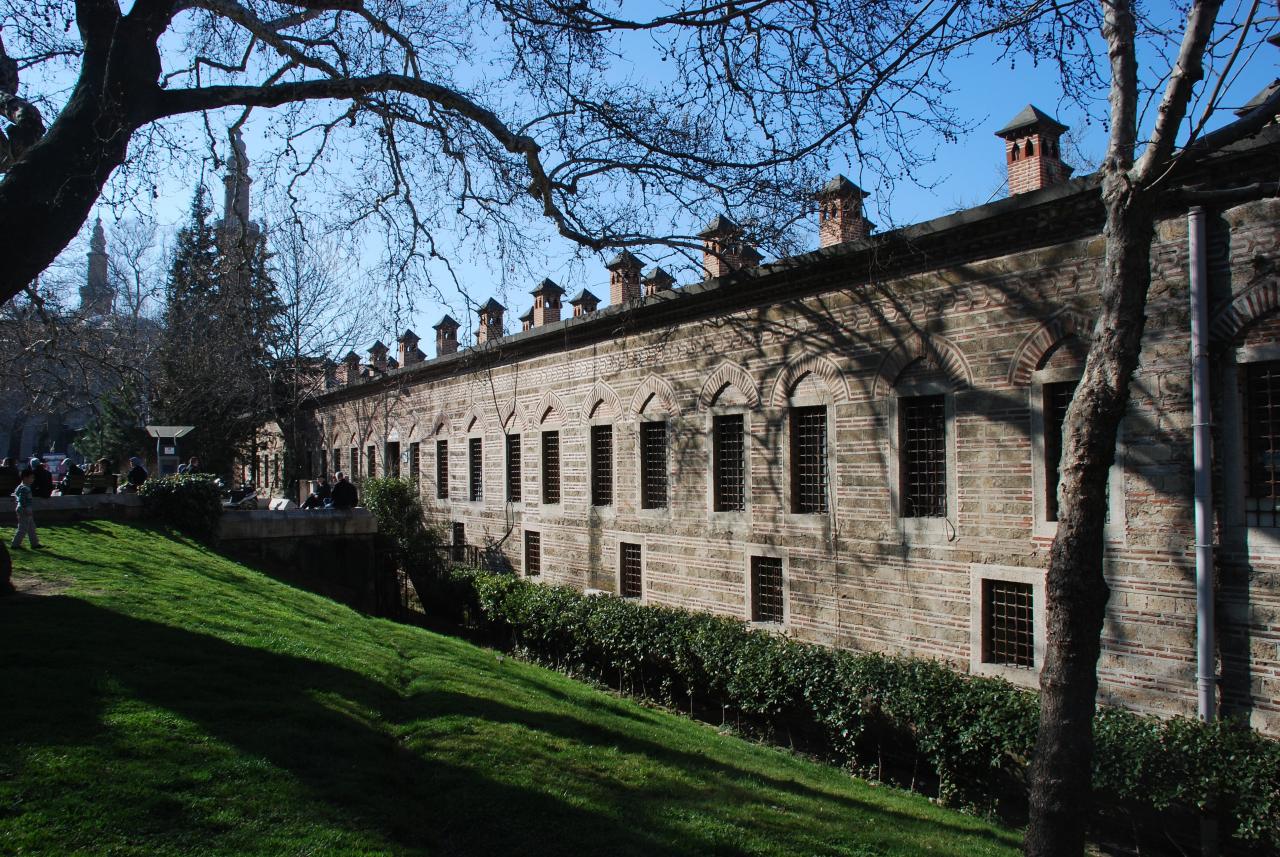 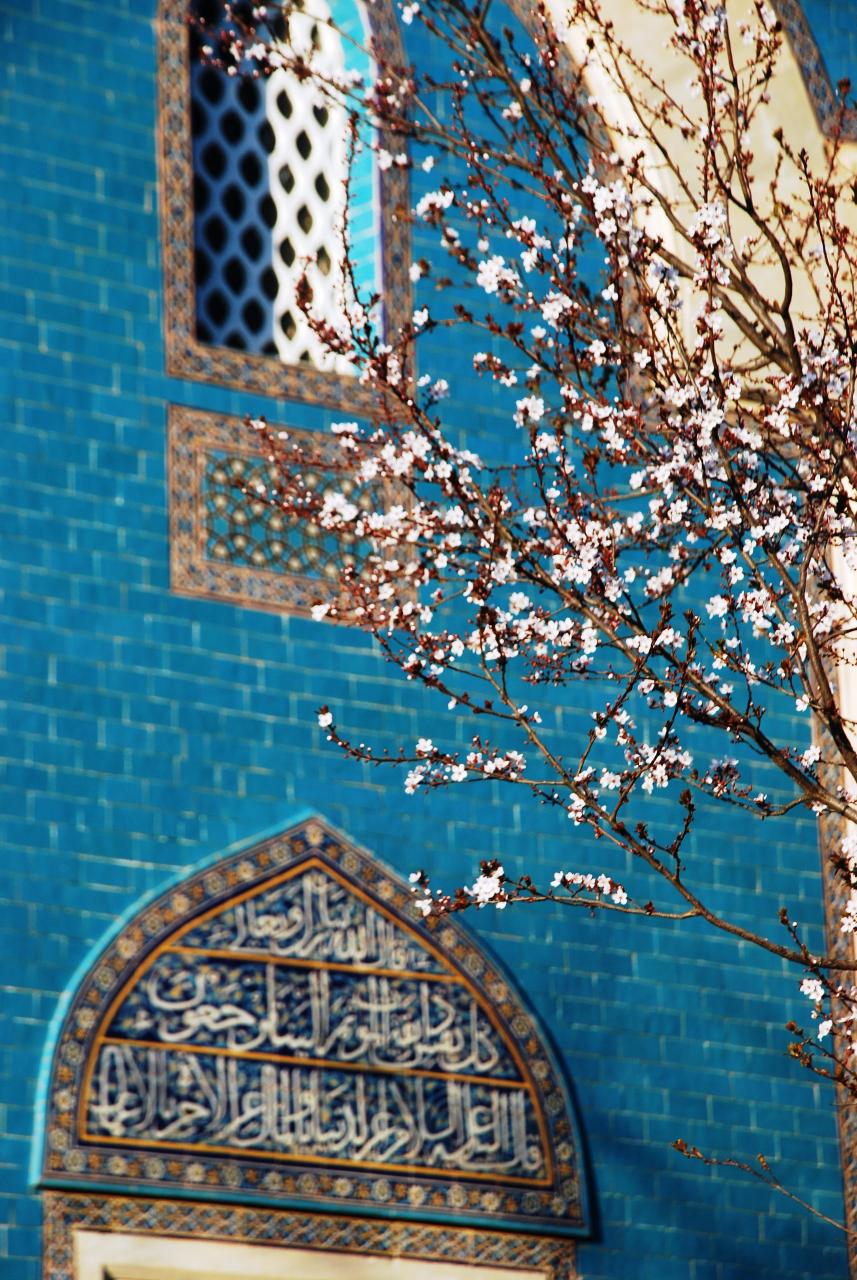 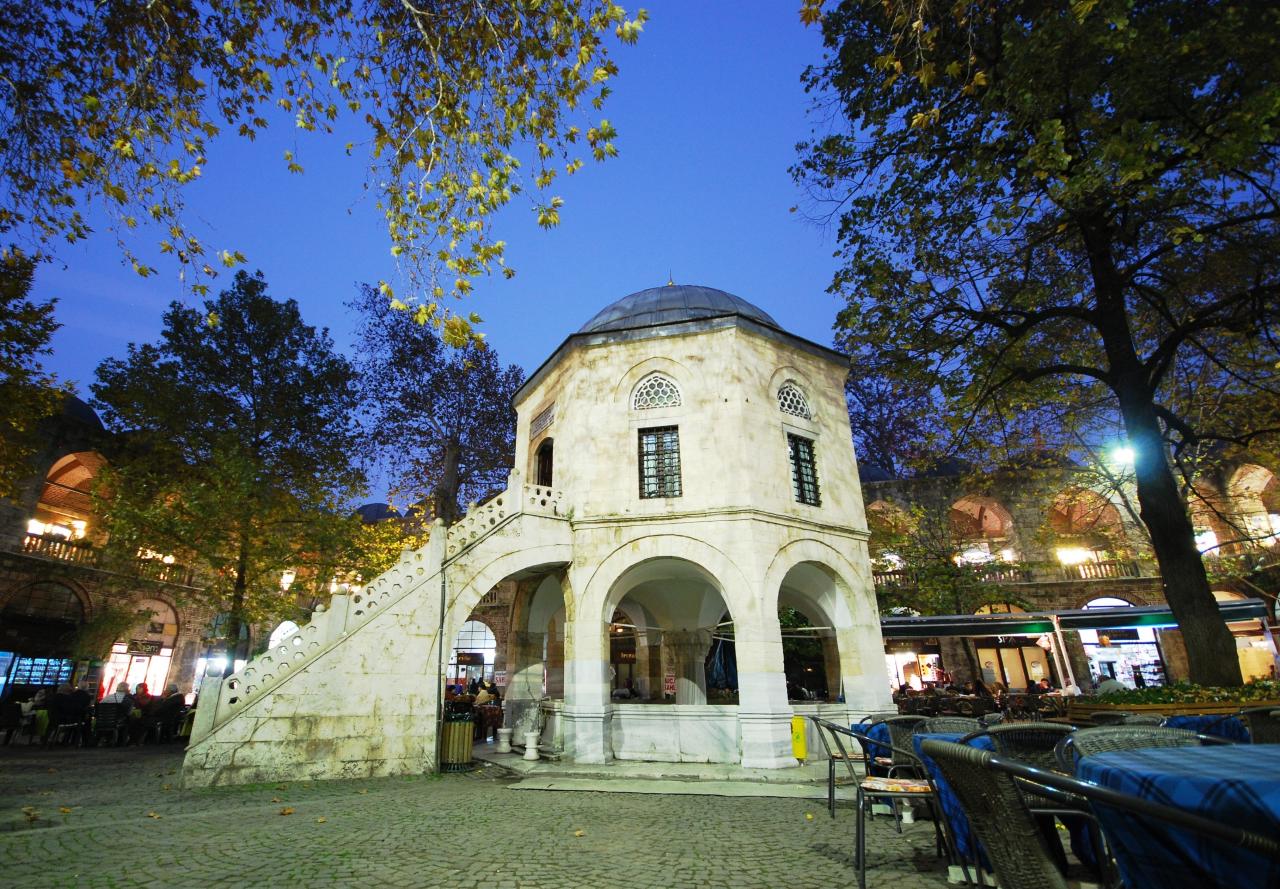 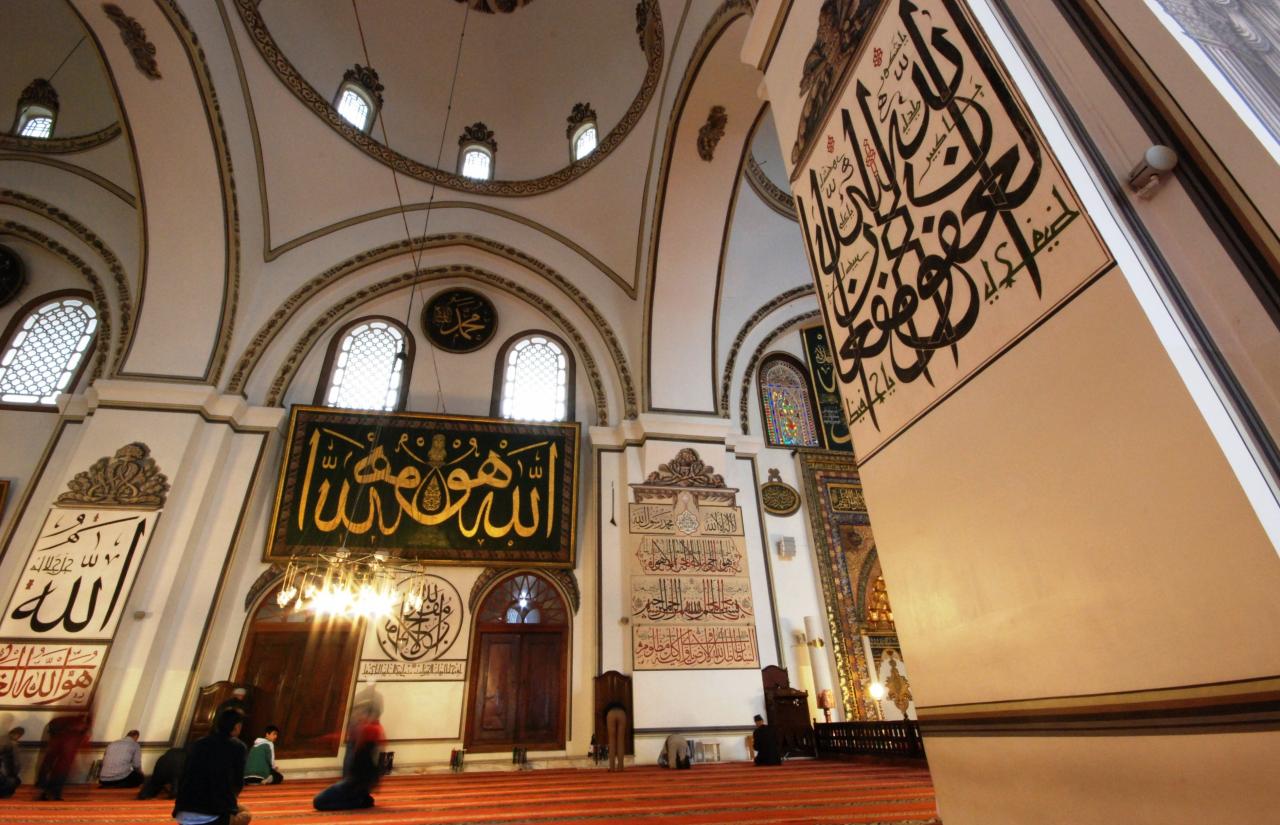 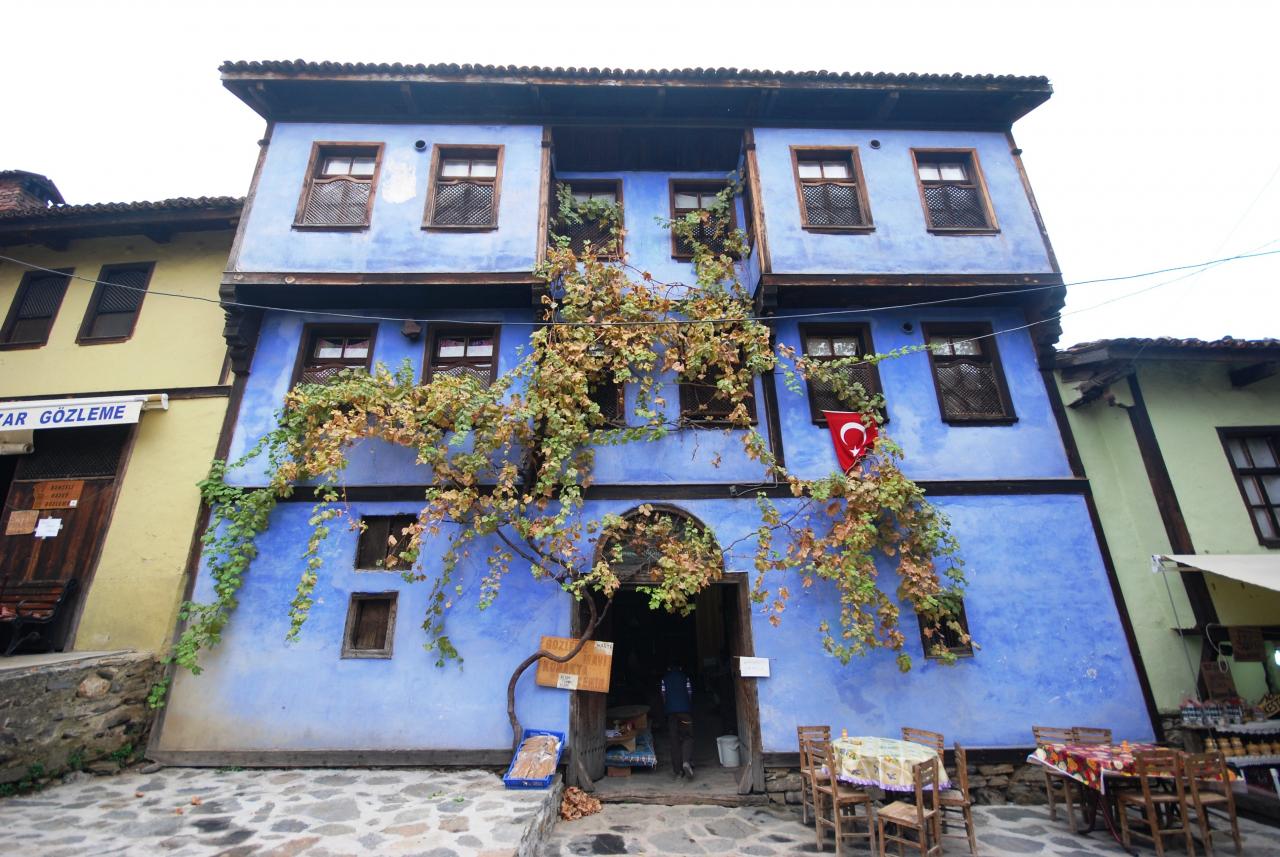