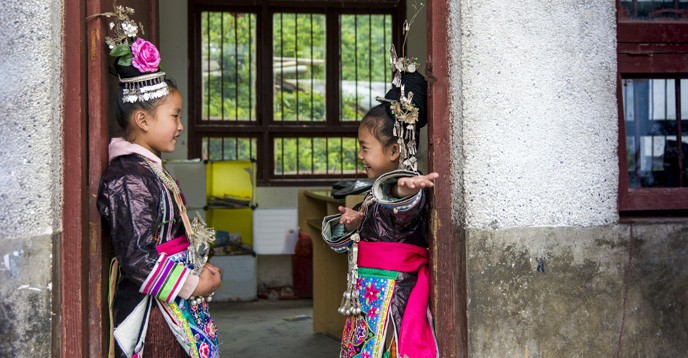 Several thousand years old, the ainu language spoken in northern Japan was dying out due to political pressure from the central government. at the end of the 20th century, this trend was reversed. while ainu’s future is still not guaranteed because it isn’t taught in schools, the resurgence of interest is undeniable.

A true linguistic enigma, Ainu (Ainu Itak) can’t be linked with certainty to any family of languages. Yet, as numerous specialists agree that the Ainu people are descendants of populations from the Jomon era (11,000 to 6,000 B.C.) that inhabited the Japanese archipelago, it is very probable their language finds its origins in Neolithic languages.

According to historical sources, the Ainu people first settled the northern part of the Japanese archipelago. The inhabitants of the Tohoku region (in the north of Honshu, the largest Japanese island) gradually had to abandon their language and culture starting in the 14th century, due to pressure from the central government. But further north, in Hokkaido, as well as in the southern part of Sakhalin Island (the north belonging to Russia) and in the more isolated Kuril Islands, they were able to preserve them until the islands were annexed by the new Meiji government in 1869.

Not long after, following the signing of the 1875 “Treaty for the Exchange of Sakhalin for the Kuril Islands” between Japan and Russia, most of the Ainu from southern Sakhalin were displaced to Hokkaido. Epidemics decimated the population. The same fate befell the Kuril Islands Ainu, who died out entirely after being forcibly regrouped, for national security reasons, on an island off the coast of Hokkaido. Japanese authorities feared that these Ainu, some of them converts to Orthodox Christianity, would serve as spies for the Russians established in the Kurils.

At the end of the Russian-Japanese war, as of 1906, a good number of the Ainu from Sakhalin returned, because Japan controlled the south of the island. But on Stalin’s orders all were expelled in 1945 and they settled in Hokkaido. Sakhalin’s tradition and dialect disappeared as the expatriates died – generally, they hadn’t transmitted their knowledge to the next generation.

Beginning in 1868, the Japanese government imposed a new way of life on the Hokkaido Ainu. A series of prohibitions concerning hunting and fishing, for instance, traditional Ainu resources, profoundly undermined their culture. The community was stigmatized, considered sav age and inferior. Officially, the new Hokkaido authorities never intended to eradicate the Ainu language. But they did everything to that end, notably by building schools specifically for the “natives” in which they were taught Japanese. In order to survive in this new Hokkaido society, irrigated by continual waves of Japanese immigrants, the Ainu gradually gave up their customs and their language. Today, for new generations, Ainu is a second language, if they even speak it.

The last Ainu is not dead

The exact number of Ainu speakers is unknown. Only surveys conducted every seven years since 1972 by the Hokkaido government, concerning living conditions among uteri (compatriot, in Ainu) people, allow an approximate assessment of the Ainu language situation. The 2006 poll shows that out of 23,782 Ainu, 304 know the language, and among these 4.6% feel they master it to the point of being able to teach it. But we mustn’t forget these answers are subjective and don’t necessarily correspond to reality. Furthermore, much of the population doesn’t participate in polls and hides its identity.

This said, assertions that the Ainu language is becoming extinct must be understood in relative terms. Since the 1990s, whenever an Ainu dies, the media announce the death of the last Ainu speaker, forgetting that more and more Ainu are starting to relearn their language, inspired by elders or linguists.

To replace the 1899 law supporting assimilation policies, the Ainu demanded the promulgation of a new law in the 1980s. The law for the protection and promotion of Ainu culture was finally promulgated in 1997, facilitating, for instance, language instruction.

A law can change everything

Founded in 1946, Hokkaido’s Ainu association, the largest in Japan, gives free language courses in 14 regions in Hokkaido, to both Ainu and Japanese students. No statistics on attendance are available, however. The foundation for research and promotion of Ainu culture, created by the 1997 law, has a section for training Ainu language teachers; it accepts seven students a year.

The publication of dictionaries, textbooks and bilingual Ainu-Japanese collections of Ainu oral literature is increasing year by year. A private radio station in Sapporo has been broadcasting a weekly Ainu language class program over Hokkaido territory since the 1980s. In April 2001, Shigeru Kayano, activist for Ainu identity and first Japanese parliament member from this community (1926-2006), financed the creation of a radio station, FM Pipaushi that airs a show in Ainu locally in central Hokkaido two Sundays a month.

It must be recognized, however, that for now the Ainu interested in their language are from relatively affluent backgrounds. The Ainu are for the most part marginalized and have little time to devote to learning their language. Despite the upsurge of interest, as long as Ainu is not part of the curriculum in Hokkaido schools, its future is uncertain. This language is part of Japanese intangible heritage and is entitled to government protection, notably through its official recognition as a second national language. 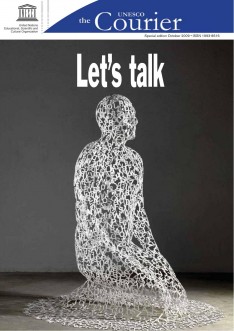